Delight Adams Benham and The Rest of the Story 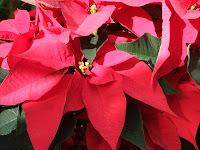 This is the conclusion of the high profile murder in the family of my 2nd great-grandaunt, Delight Adams Benham. The first post begin with my explaining my love of the name of Delight, and how I wanted to write a story about her. I was very curious as to why her step-sons were not mentioned in the will. So with a little time on my hands, and before I knew it, I was reading about a murder in the family of her deceased husband, Franklin Benham of Batavia, New York. Not just any murder, but one that happened to a very wealthy newly wed 20 year old and everybody in the state was reading and talking about it.


If you have not read any of the posts, they are provided below.


Follow-up for Howard C. Benham and his family:


“As for the motive for the crime, it was said that (Howard) Benham desired to be free from his wife, not only that he might inherit $30,000 that she possessed, but that he might marry a young woman with whom he was said to be desperately in love.”


Howard was found not guilty in June, 1900, and tried to put his life in order. He desperately wanted to be in vaudeville and had signed a contract. The show was cancelled because there were too many protests in Buffalo against him. Other headlines state, he moved to Cleveland, tried to recover control of wife’s property from his step-father-in-law. In January 1901, Howard “reported married in Indianapolis to millionaire, Esther (Estelle) Crum.” The new Mrs. Benham says she fell in love with Howard from a picture during the trial. On June 27, 1901 a paper reported he (Howard) was ill in Ohio with Typhoid fever, and it was reported two weeks later that he died in Columbus, Ohio, and was buried back home in Byron, New York.


The story continues to be sad, for his (Howard's) property went to the lawyers, not to his very young orphaned son.


Howard’s father, Martin C. Benham had his own problems. And headlines as well.  Martin moved in with the young couple, Florence and Howard, and was hired to handle their finances and to be the guardian of Florence. Everything seems to be fine, until after the murder and the arrest of his son in January 1897.


Per the New York Times, March 20, 1897, “Batavia, N.Y., March 19.—Martin C. Benham, father of Howard, the alleged wife murder, made three attempts to take his own life yesterday. Mr. Benham has been gradually breaking down mentally since his son’s arrest.”


Per the Democrat and Chronicle, Sept. 29, 1897 of Rochester, NY. – The headline: “Contest Over the Account of Martin C. Benham as Guardian.” He was in court because of possible misuse of the money, as there was a shortage in his accounts of $2,449.12.


All of Howard’s sisters died young, all three under 35 years of age.

The murder, trials, and all deaths had to have affected everybody in the family. Delight Benham was only alive for a year and a half after the murder, and I believe she was well aware of what was going on.
Labels: Murder, Surname: Adams
Email ThisBlogThis!Share to TwitterShare to FacebookShare to Pinterest