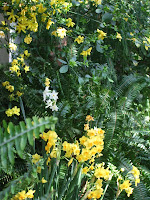 This month I want to thank three individuals who awarded me the Ancestor Approved Award, and in doing so, I have chosen something they have written from their "What They Learned."
From Jo of Images Past, wrote:  "Enlightened to find that my grandparents were not married by my grandad’s father, who was a Minister – it turns out that they ran away to Gretna Green to get married, probably due to the fact that my granny was pregnant.  Oops-a-daisy!" (I loved this because, as a genealogist, you should know about Gretna Green.)


From Michelle Roos Goodrum of The Turning of Generations, wrote:  "There are so many ancestors in my tree who were farmers. They contributed to the settlement of our great country by moving west and making a living off the land." (I'm a bit envious, because I didn't have anybody move west, at least until much later.)


From Cynthia Shenette of Heritage Zen, wrote:  "I am humbled by the circumstances that lead my great-grandmother Lucie Touchette to marry my great-grandfather Francois Chenette. Why would a young woman of 20 agree to become the fourth wife of a man 34 years her senior and already the father of 16 children? I don't know, but I want to find out. Was it a love match? I suspect not. Someone had to to take care of all those kids..."  (I want to know too.)


This is the first month I haven't taken a photo of a historical society, but as soon as winter is over and the travels begin, I will continue to post them.


Many bloggers will be writing their reviews of "Who Do You Think You Are?" which begins this coming Friday evening. I hope many non-bloggers will also watch this interesting series. Vanessa Williams will be featured, and I'm looking forward in hearing about her ancestors. Professional genealogist, Kathleen Brandt of A3Genealogy will be on the show with Tim McGraw, and I am anxious in seeing her. Kathleen you are a star now.


Don't forget, you have less than a week to listen to Tom MacEntee's lecture on "Google For Genealogists," a FREE webinar on LegacyFamilyTree. This is available to all, I saw it once, and need to watch again, it is that good. Regarding the lecture, there is a short introduction first, and don't forget to print out Tom's four-page handout.


I'm taking a little break from this blog. I am working on four new ones, each covering a surname of mine: Poole, Scrambling, Ten Eyck and Westover, the titles and the first posts are done! In the meantime, if you are hating your winter, you might enjoy some flower and nature photos at my Flower Blog.

Labels: Awards, Looking Back
Email ThisBlogThis!Share to TwitterShare to FacebookShare to Pinterest

Frances and the Flu 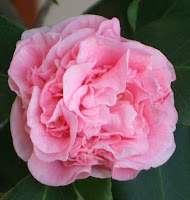 Cynthia Shenette of Heritage Zen wrote a 3-part post about the 1918 flu and at the end of the last part, I commented, "and just today I discovered a family member died of the flu." It is this person I decided to do a Sentimental Sunday post about. For many years, I always knew the year my grandaunt died, but I didn't have the date, location or cause of death. Cynthia has incorporated a lot of the flu history into her multi-post, so I won't repeat it here.


Imagine my surprise when at long last, I located death information for Frances, just a week ago.


Suddenly, this 32 year old became alive, instead of just a name with death date of 1918. I found out she was a nurse. What a brave young woman to travel from the Chicago area to New York state to help the sick. She came from a rather wealthy family, was single and probably had all the wants and needs of her day. Her father, a patent attorney had died four years earlier. She still had 3 siblings, although the paper only named two. She was among the first to die in New York of the influenza.  Frances Poole died October 8, 1918. All those deaths, and my Frances was the one most important to me. I am saddened by how it happened, but I am so proud of her, a young angel trying to help the sick, trying to make a difference. I wish I knew more about her, but what I know, I won't ever forget.


From two official records  records about the The Great Pandemic of 1918-1919 in the United States:
"First Official Report of Influenza: The Public Health Service did not require states to report influenza before September 27th. New York first reported the presence of influenza on September 27th, but the disease was undoubtedly present in the state before that date.
On October 11th, the PHS said that 'Epidemics have been reported from Maybrook town (Orange County), Montgomery (Orange County), North Tonawanda, and Oswego. School and theaters had not been closed.' By October 18th, state officials admitted that influenza was prevalent throughout the state.

Although state authorities were too overwhelmed by the pandemic to keep accurate records, they did attempt to record deaths. By late October, New York City, Albany, Buffalo, Schenectady and Syracuse reported elevated death rates. During the week of November 1st, the PHS reported a total of 12,357 deaths in New York City. For the previous six weeks a total of 30,736 deaths were reported. The actual number of influenza-related deaths during this period was probably much higher."
"In October of 1918, Congress approved a $1 million budget for the U. S. Public Health Service to recruit 1000 medical doctors and over 700 registered nurses. Nurses were scarce, as their proximity to and interaction with the disease increased the risk of death." Frances may have been one of the nurses who answered this call."
"The flu afflicted over 25 percent of the U.S. population. In one year, the average life expectancy in the United States dropped by 12 years." 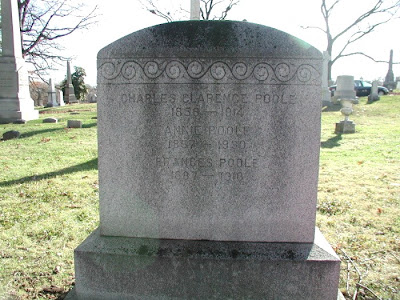