Recently, Richard "Dick" Howe Jr.*, the Register of Deeds for the Commonwealth of Massachusetts, for No. Middlesex County, gave a talk about Lowell's involvement in the Civil War, which included how the first deaths occurred in the war. Two of the first four soldiers who died in the Civil War were mill workers from Lowell, Massachusetts. Luther C. Ladd age 17 and Addison O. Whitney age 22 eagerly signed up with the Massachusetts 6th regiment of Volunteers and traveled south to Baltimore, Maryland to meet their fate. The talk explains the early history of the war, shows a lot of slides and presents a great narrative. If you are interested in the War, you will enjoy this talk, click HERE.


"Massachusetts 6th infantry had been organized in January of 1861. They assembled and moved from Lowell to Boston, where they were outfitted; given their charge by Governor John Andrew and set off for Washington, DC on April 17th.

As was customary from the revolutionary war, Massachusetts's Governor presented the sixth regiment with a distinctive flag to carry in battle. The honor of a regiment was bound to its flag.
The regiment passed through New York and Philadelphia by train, reaching Baltimore on April 19th, 1861 -- the 86th anniversary of the "shot heard round the world" in Lexington and Concord. Little did the troops realize that they would fire their own shots heard round the world, and that the first union casualties in the war of rebellion would come from the sixth regiment later that day.
In Baltimore a local ordinance prevented steam engines from operating within city limits. Paul O'Neil, an interpreter for the Baltimore Civil War Museum, explains this ordinance was likely designed to benefit teamsters, who provided horse service through town to connect the city's train stations. So, the sixth regiment rode in train cars drawn by horses from Baltimore's Presidential Station to the Camden Yards station.
Seven of the ten cars carrying the 6th regiment made it before a growing mob blocked the tracks with sand and ship anchors. Once stopped, the soldiers began marching down Pratt Street in formation.
There on Pratt Street, the Civil War began to be fought. The incensed crowd hurled bricks, cobblestones, and any other objects within reach at the troops.
However, the young troops from Massachusetts disported themselves with military discipline. The regimental color was carried by Color Sergeant Timothy A. Crowley of Lowell.

Chaplain Babbidge, who was with the regiment that day wrote, "paving stones flew thick and fast, some just grazing their heads, and some hitting the standard itself." Shots from handguns came from the crowd, the Massachusetts regiment returned fire.

It is believed that 16 people were killed in the melee, including four soldiers - Luther C. Ladd and Addison Otis Whitney of Lowell, a Mr. Needham of Lawrence, and Mr. Taylor, whose history is unknown. These four became the first to serve and die on the 19th of April, 1861."

Photos and write-ups located on FindAGrave.


From Wikipedia, The History of Lowell, Massachusetts provides valuable information.


Finally, from a google search, using the key words: "Ladd Whitney Lowell Civil War" I found a wealth of information on these men, Lowell and the Civil War.
* Dick is also a local historian for the city. Last year, he gave a tour of the Lowell Cemetery, and that was a blog post of mine.

Tombstone Tuesday -- Keeping it Together 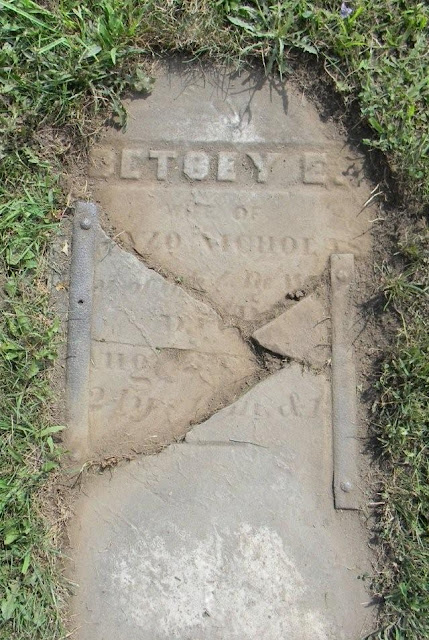 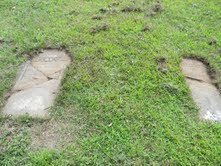