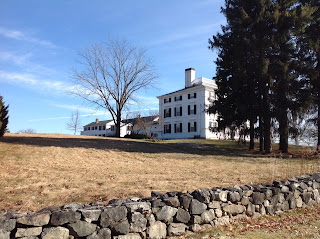 Recently, I received an email from Lori, "I really enjoyed the info on your genealogy blog. My maternal side are Tylers, from Job Tyler who was married to Margaret Bradstreet. And from there, we go to the Bradstreets / Dudleys and up the chain to the throne. Another long-lost cousin many times removed. Lori" She also mentioned the Tylers lived in Andover, Massachusetts.

After a little investigating, I discovered there was a memorial marker for Job Tyler, as he was the First Andover (MA) Settler, in the Old North Parish Burying Ground located near me. But, I've been to that cemetery at least 20 times, and never saw it. Why? Because it is at the back of the cemetery, in the area where the grounds were recently cleared away, and it seems to be the only stone that is facing the opposite direction (West) of all the others. It pays to walk around every cemetery stone! 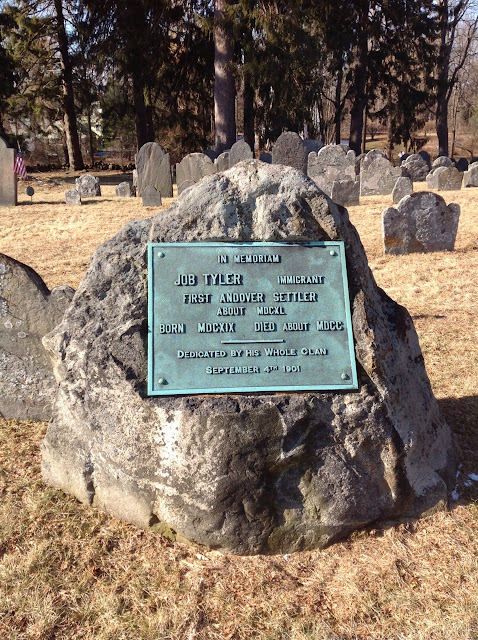 Dedicated by His Whole Clan
September 4, 1901 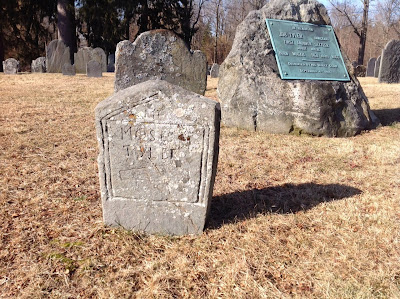 Above is the foot-stone for son Moses Tyler. His headstone, below is facing the opposite way. 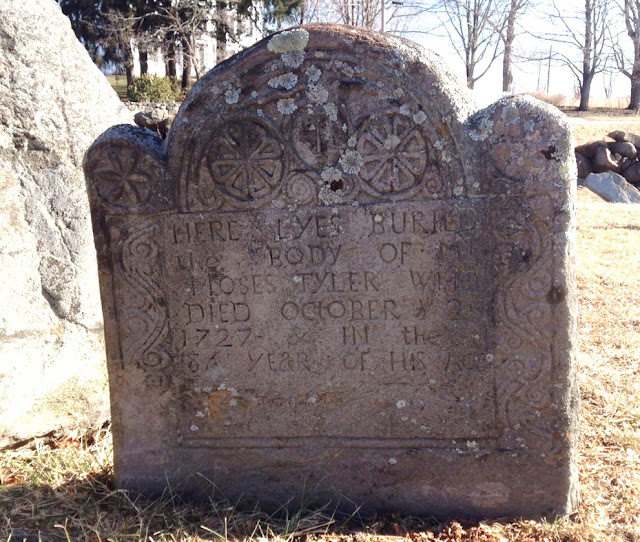 Here Lyes Buried
Moses Tyler Who
Died October Ye 2nd
1727 and in the
86 Year Of His Age.
(Note: The stone is similar to the one below.) 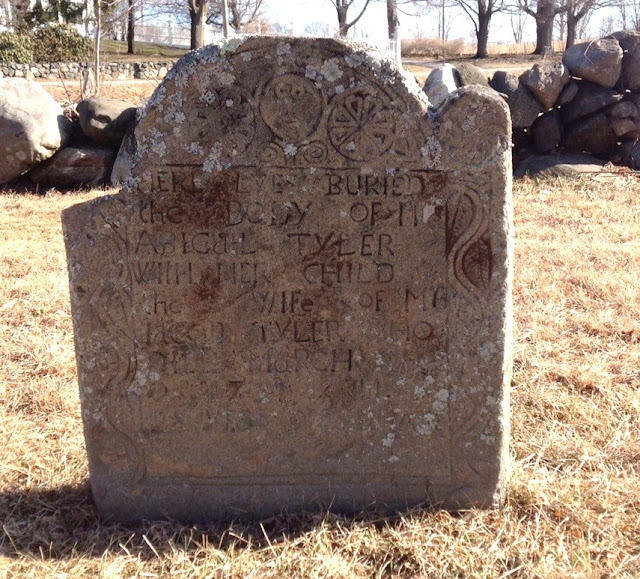 Here Lyes Buried
the Body of Mrs.
Abigail Tyler
With Her Child
The Wife of Mr.
Jacob Tyler Who
Died March
The 25th 1722 and
In Ye 23
Year of Her Age.
(Behind the cemetery, the land was recently cleared of many trees and shrubs.) 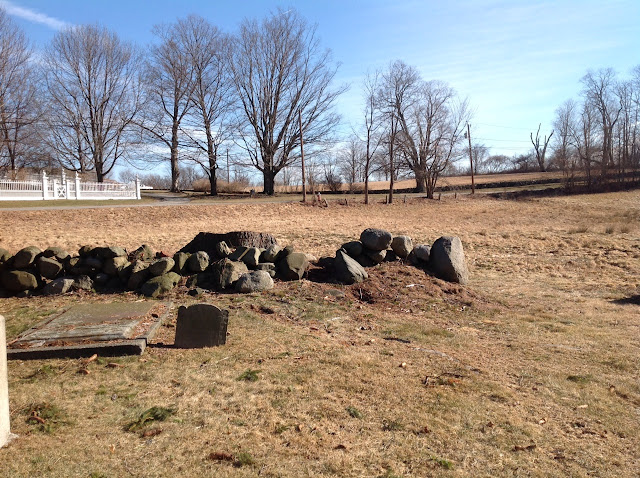