During the past seven years, I've visited quite a few libraries, 64 to date. There is quite a difference from the first ones I visited to the most recent that I wrote about. Initially, I just took photos of the genealogy room or area and didn't do much writing. The most recent posts contain more writing, many more photos and I tried to showcase the entire library. In the beginning, I would secretly take my pictures, but during the past four years, I made it a point to talk to all the librarians...they have a wealth of information. Even if they didn't know much about genealogy, they knew where the books, maps, and local cemeteries are. Of course, the best librarians were the ones interested in genealogy.

I will continue visiting new-to-me Libraries and revisiting those that have been enlarged. My next blog report is for the Lenox Library, in Massachusetts, next week. I'll update the list as I go along, and won't post it to any facebook group until it hits 75. If you want to follow along, you can subscribe by putting in your email in the space on my main page (I won't know who you are). Thank you.

This is a newly revised list, put in alphabetical order by name of towns in the state category.

Boston Athenaeum, Boston, Massachusetts (What was in it for Me?)


MISCELLANEOUS: The DAR Library in Washington, DC, and my employment there.


Some of my favorite libraries. 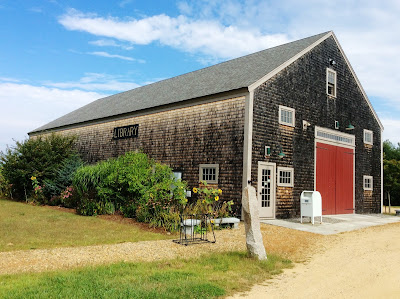 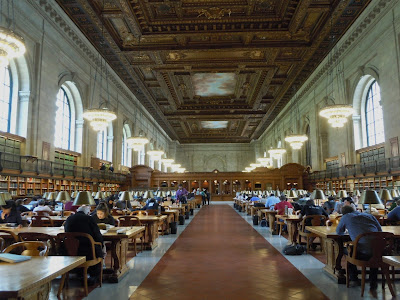 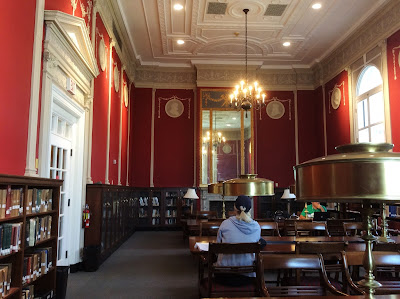 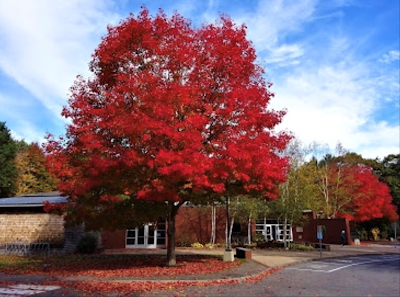 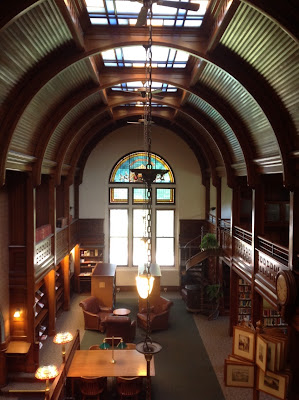 My reason is that from November 2017 to May 2018, I've received no comments, but upon investigating I found that I had indeed received 167 legitimate ones and 1,000 were in the spam folder. Google Blogger had made some changes that I was unaware of. Please be aware that I do not know who reads my blog, I may know who subscribes, but that is all.