Memorials around the City Hall 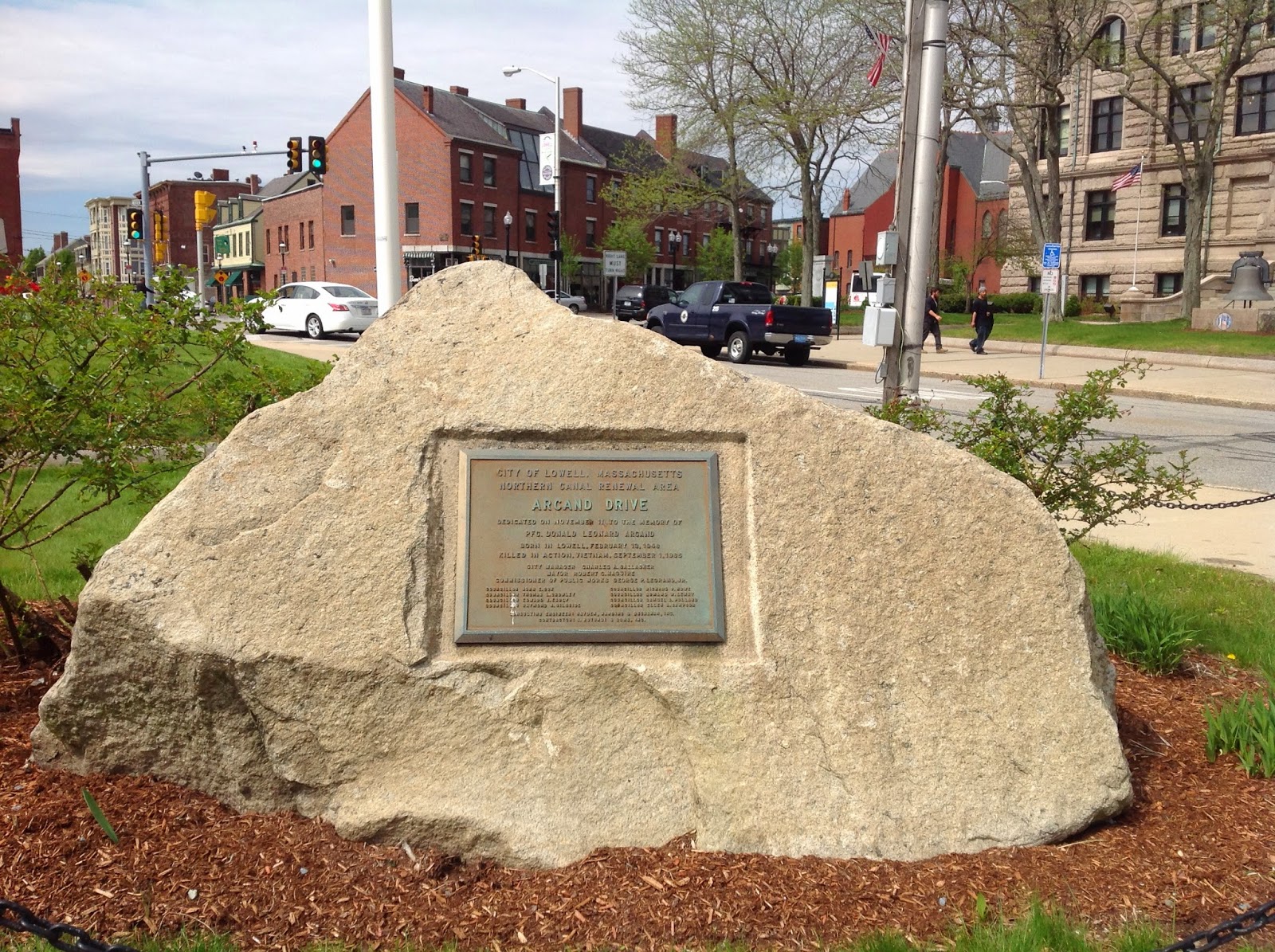 City Hall to the right. See below for inscription. 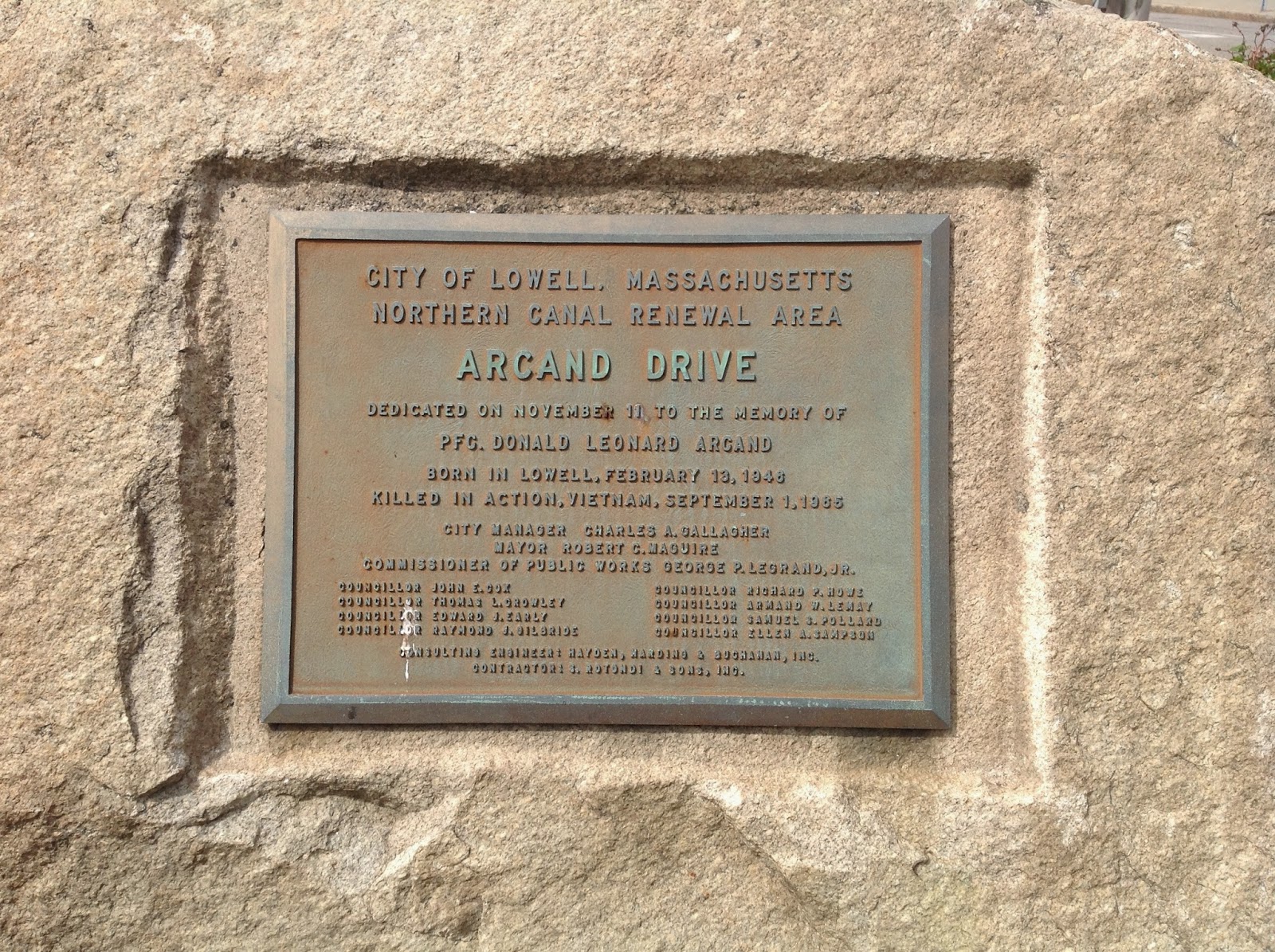 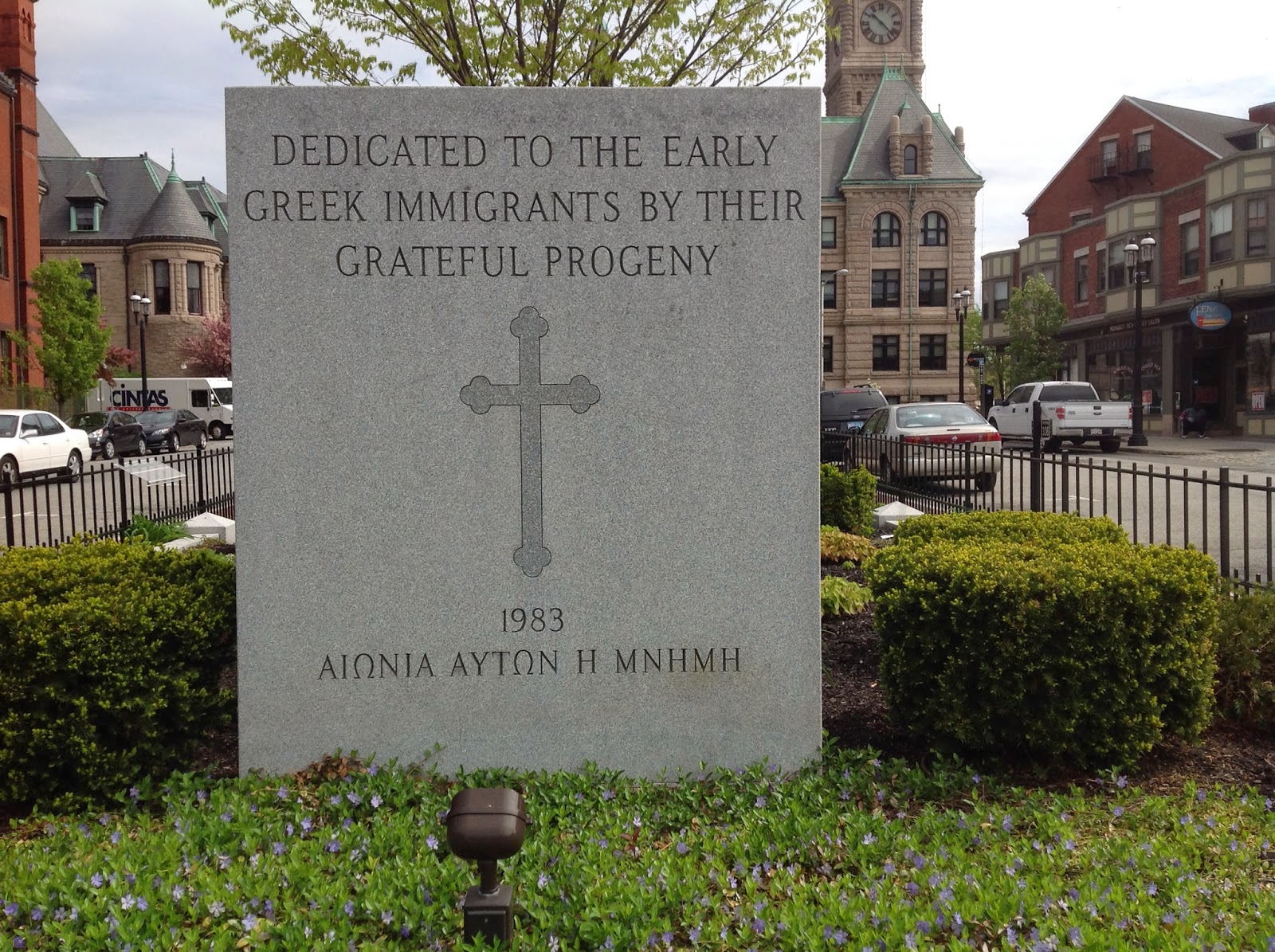 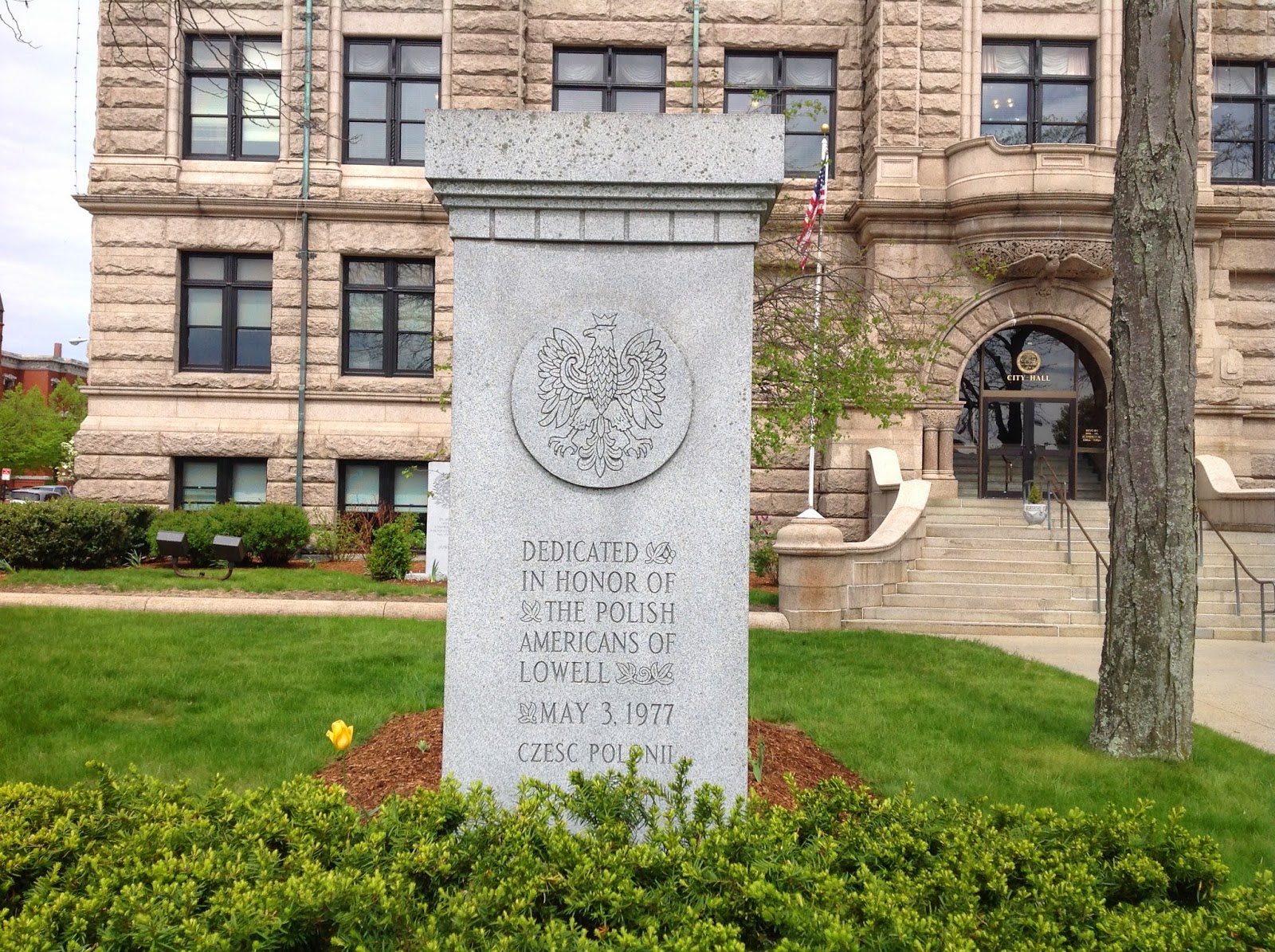 DEDICATED
IN HONOR OF
THE POLISH
AMERICANS OF
LOWELL
MAY 3, 1977
CZESC POLONII 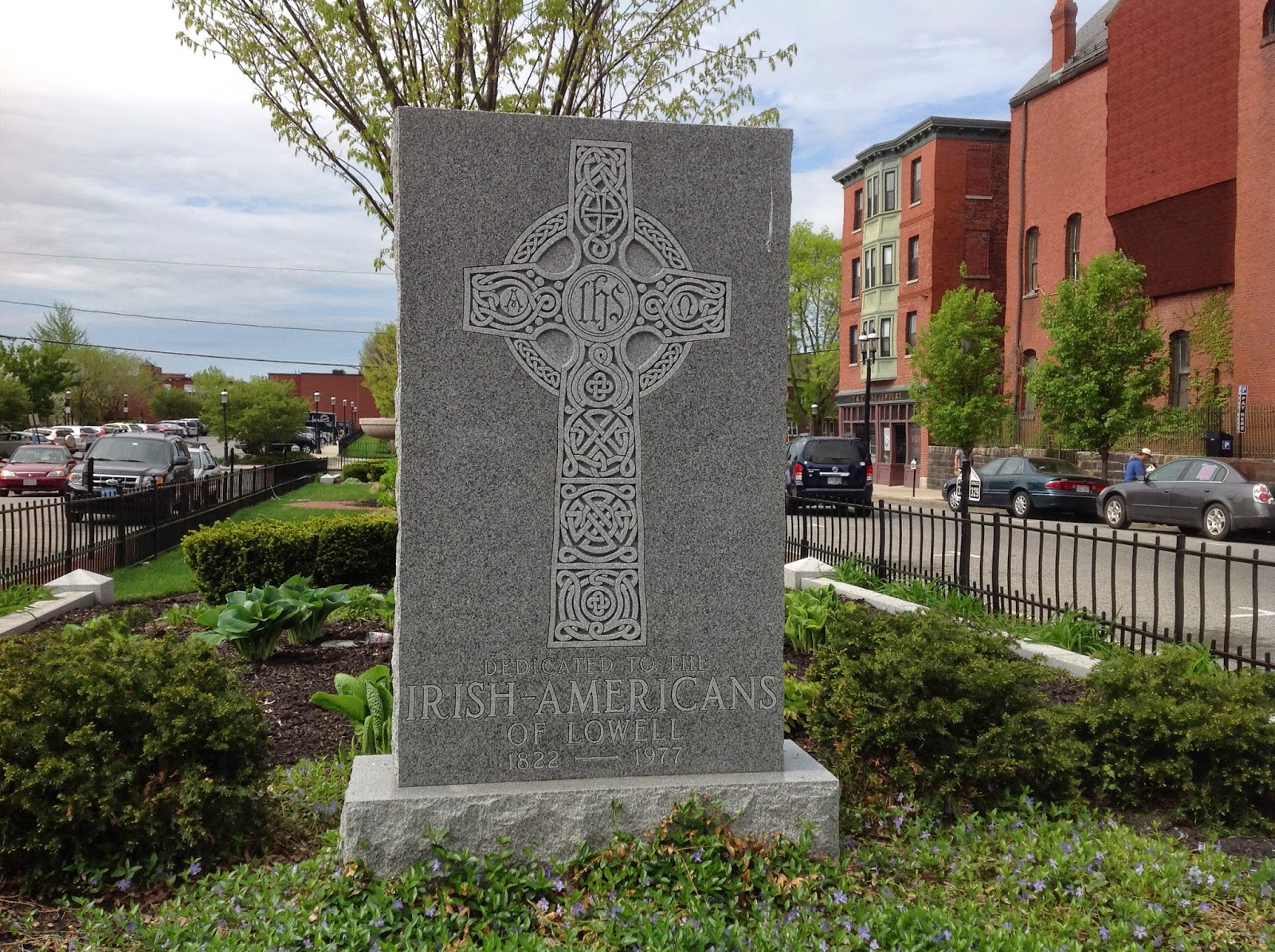 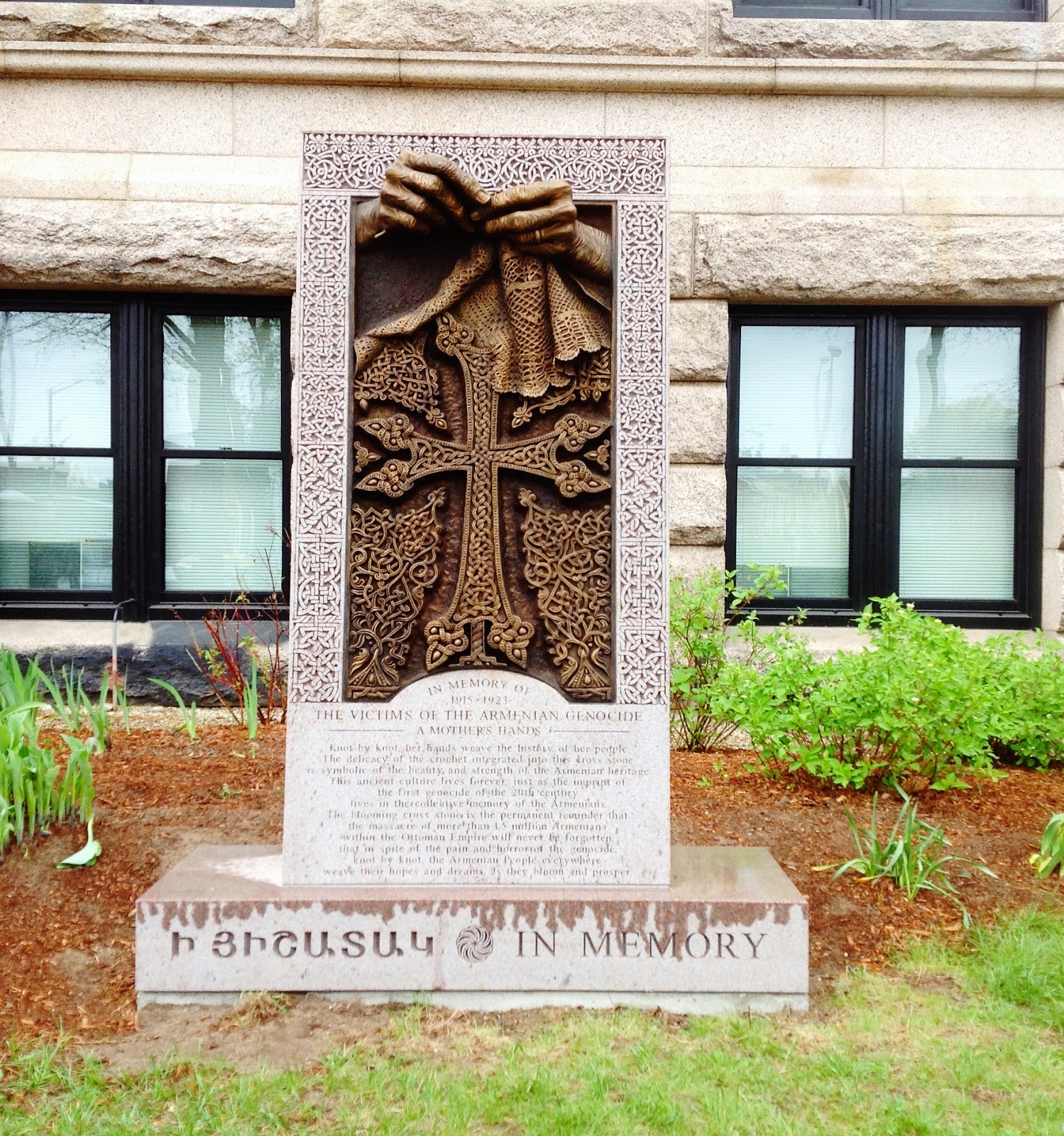 Knot by knot, her hands weave the history of her people.
The delicacy of the crochet integrated into this cross stone
is symbolic of the beauty and strength of the Armenian heritage.
This ancient culture lives forever, just as the imprint of
the first genocide of the 20th century
lives in the collective memory of the Armenians.
The blooming cross stone is the permanent reminder that
the massacre of more than 1.5 million Armenians
within the Ottoman Empire will never be forgotten
that in spite of the pain and horror of the genocide,
knot by knot, the Armenian People everywhere
weave their hopes and dreams, as they bloom and prosper. 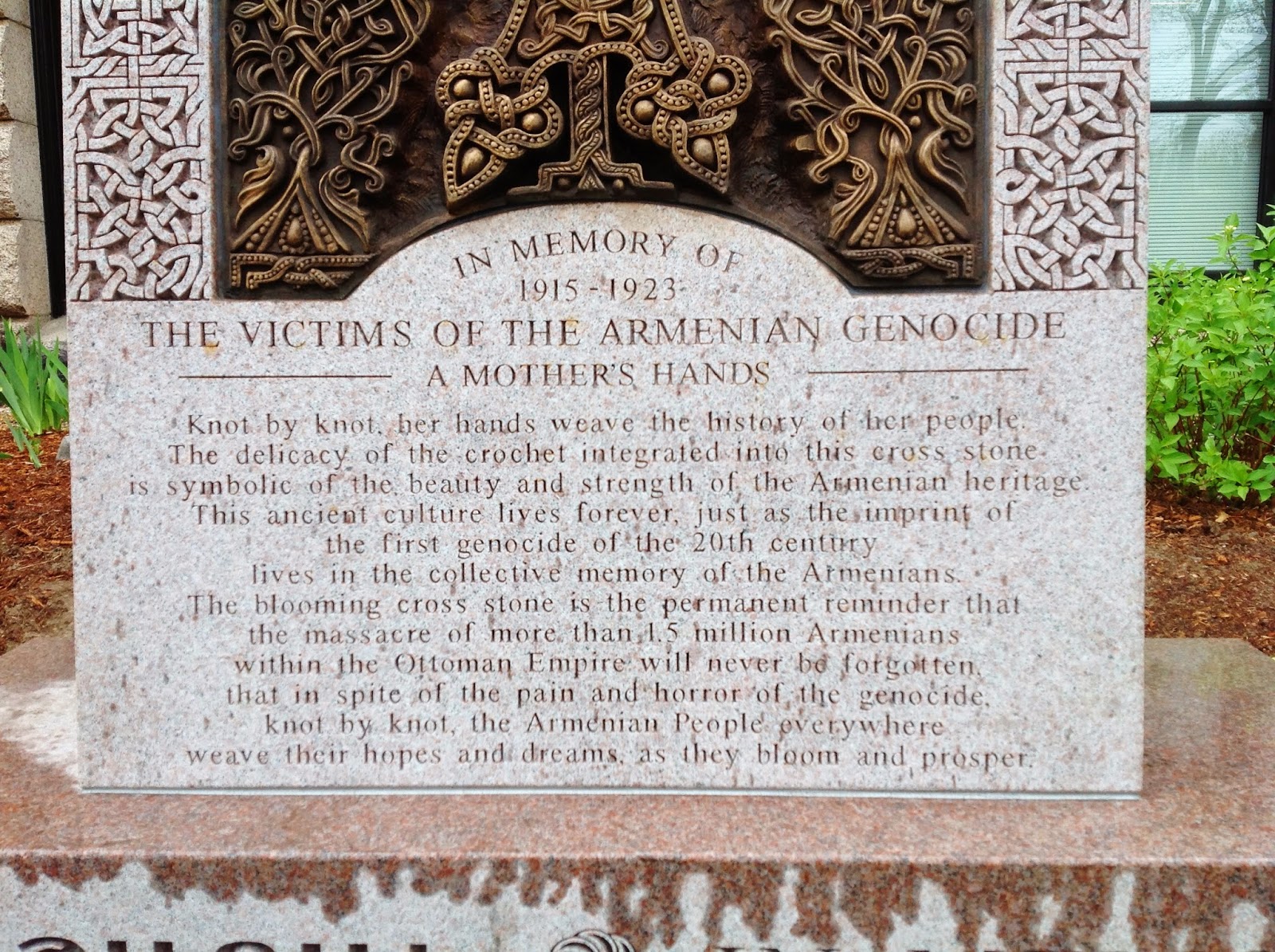 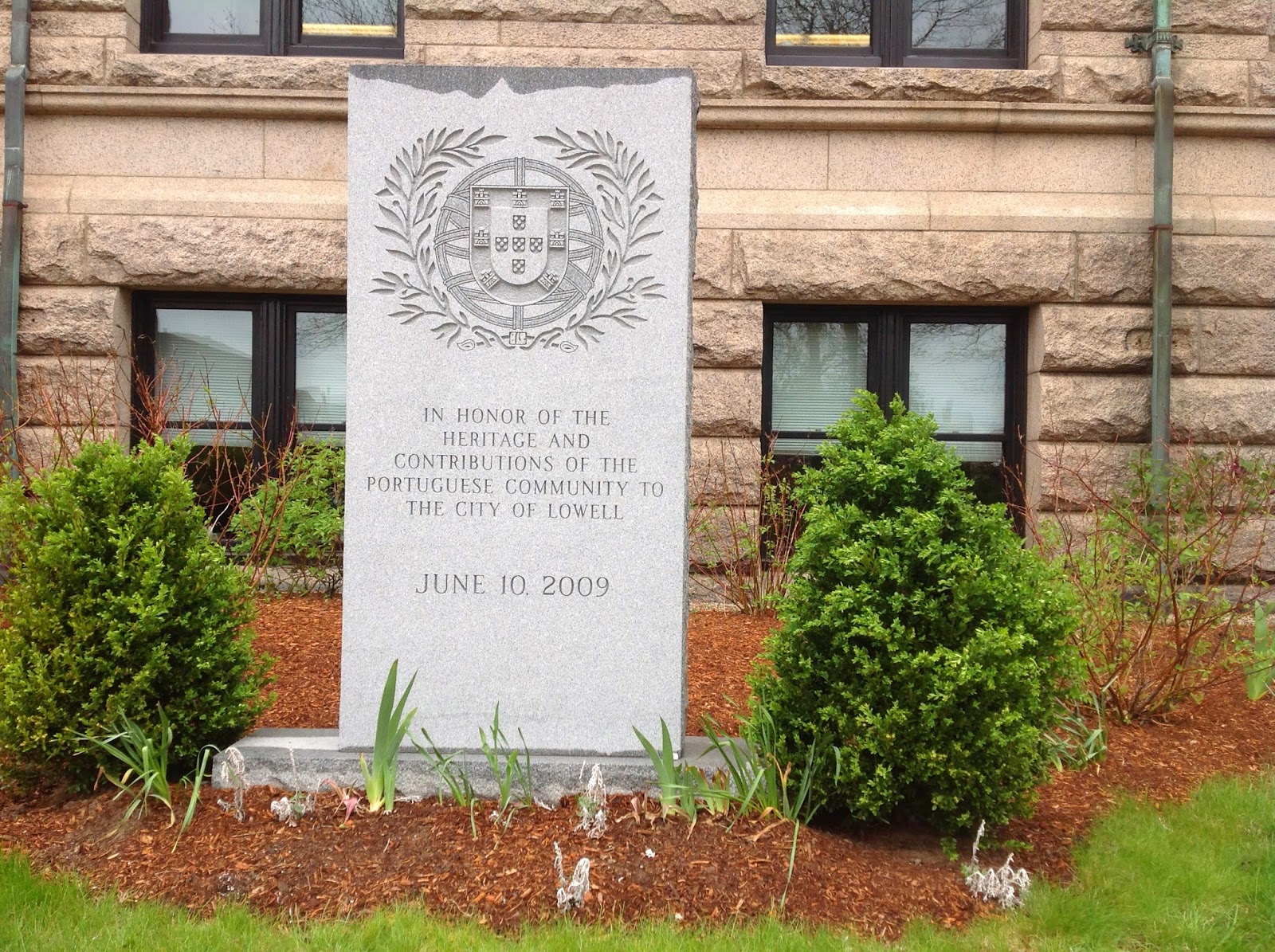 IN HONOR OF THE
HERITAGE AND
CONTRIBUTIONS OF THE
PORTUGUESE COMMUNITY TO
THE CITY OF LOWELL
JUNE 10, 2009 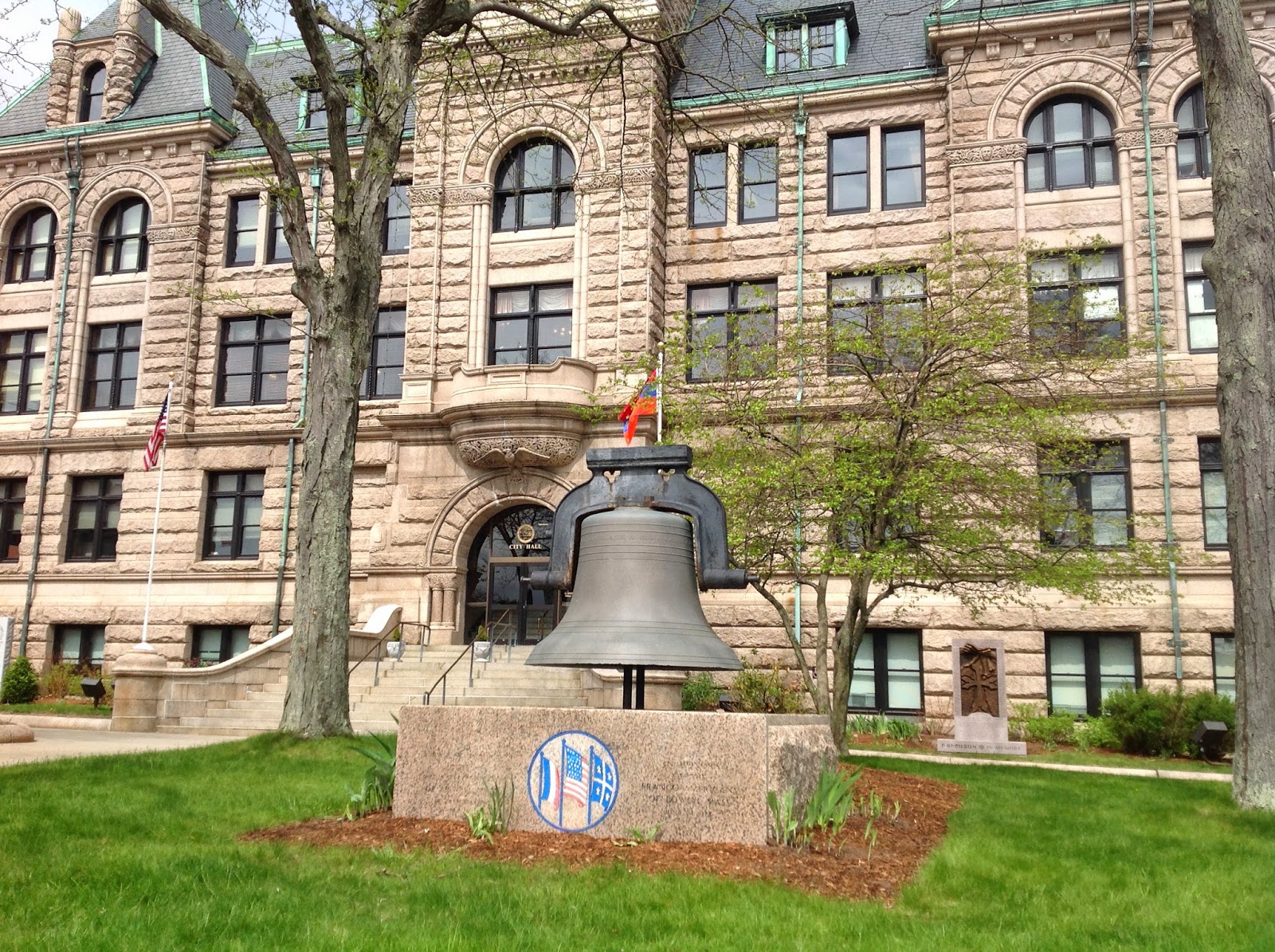 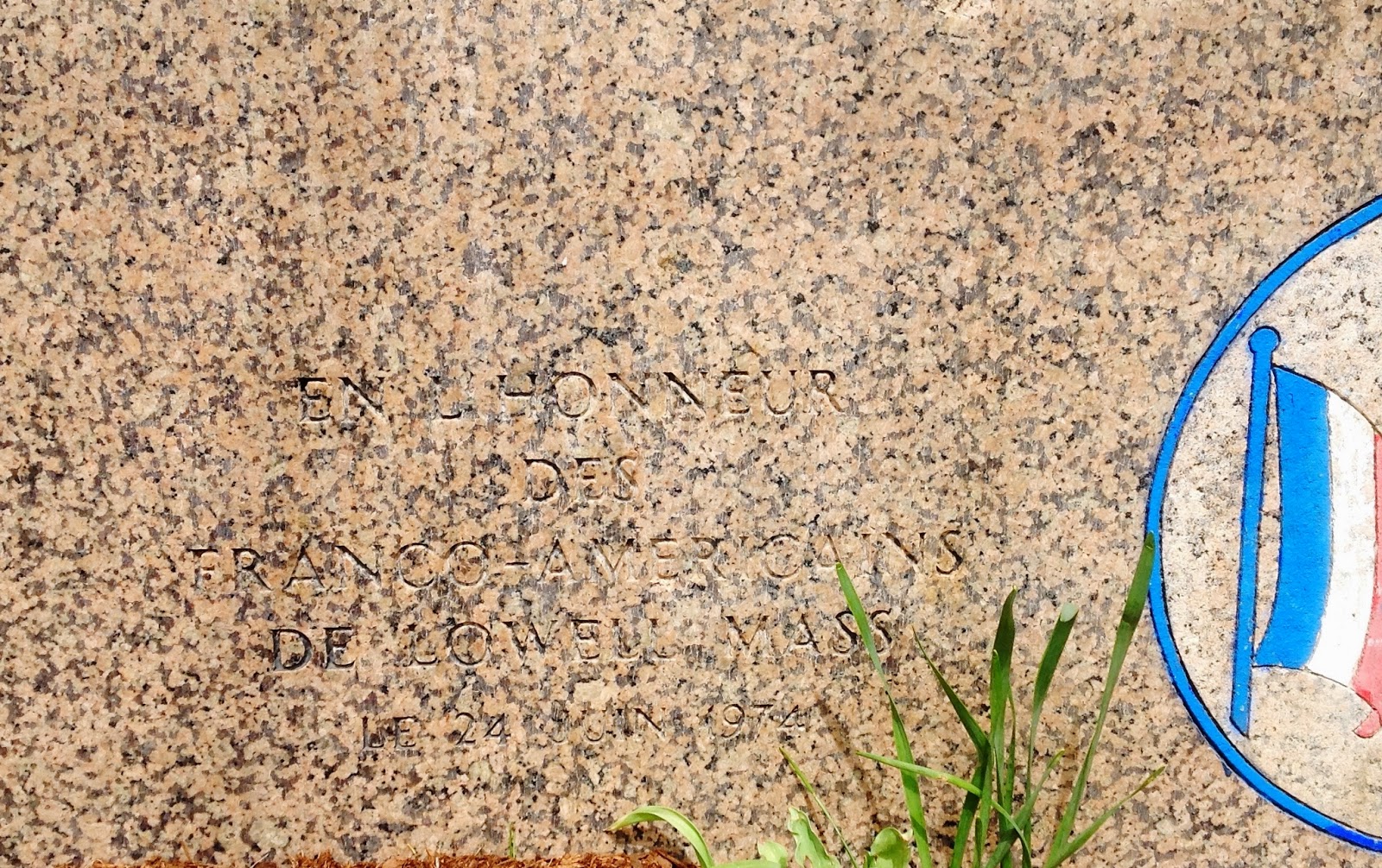 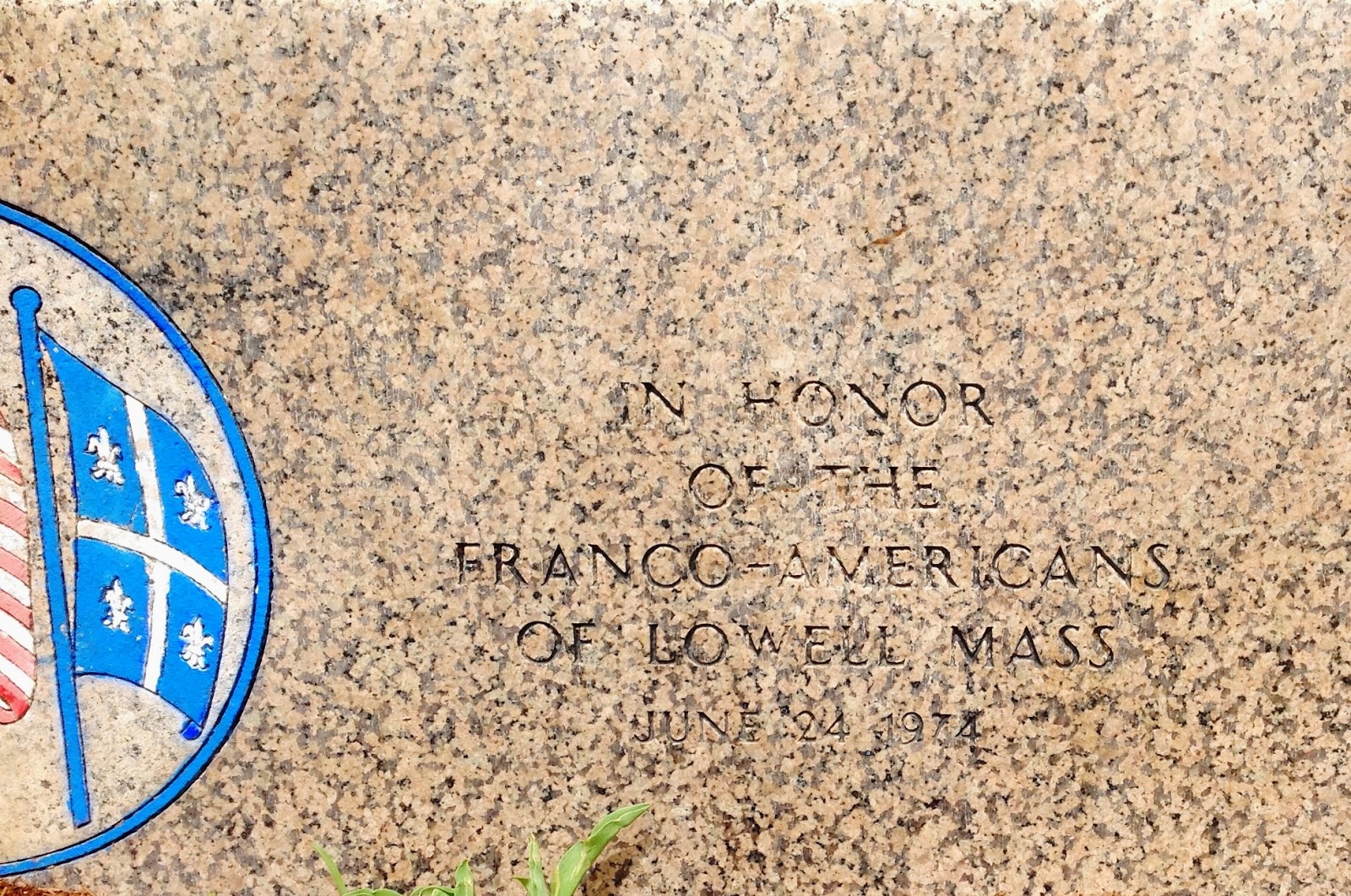 I am so proud that Lowell recognizes the various ethnic groups in this city. The ones represented above came to the city many years ago, but there are others who have come more recently, came for a better life. They left war and poverty of their home land, and are very peaceful.

In 2010, Lowell had the highest proportion of residents of Cambodian origin of any place in the United States, at 12.5% of the population. Estimates of the total number of Cambodians living in the city of Lowell range from 11,000 to 25,000-35,000. The Government of Cambodia had opened up its third U.S.Consular Office in Lowell, on April 27, 2009, with Sovann Ou as current advisor to the Cambodian Embassy. The other two are in Long Beach and Seattle,Washington, which also have a large community."

This is a city of many restaurants, each nationality seems to have several. Just today, we ate at a Greek restaurant, established 63 years ago, and it was packed. Olympia, a good solid Greek name.

Do we get along, I think so, do we all understand each other, I doubt it. My hairdresser of 10 years came from Vietnam 20 years ago, not speaking a word of English. We have some funny conversations, but I wouldn't change her for the world. 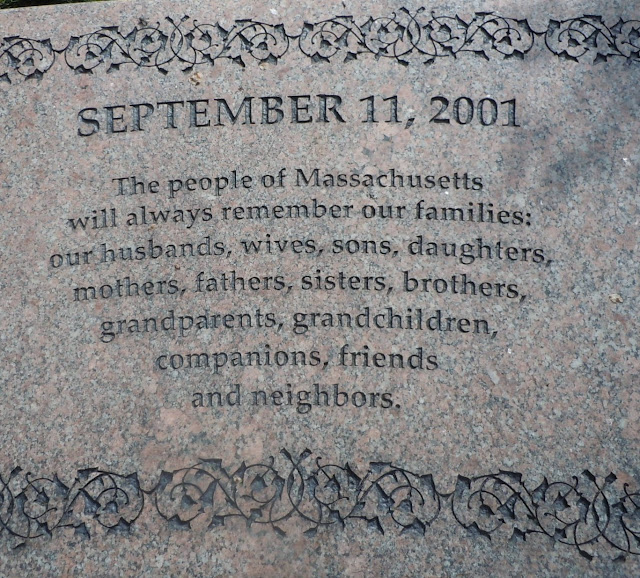 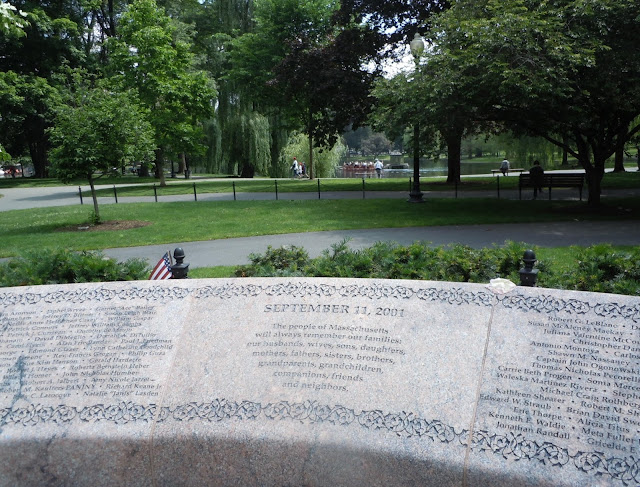 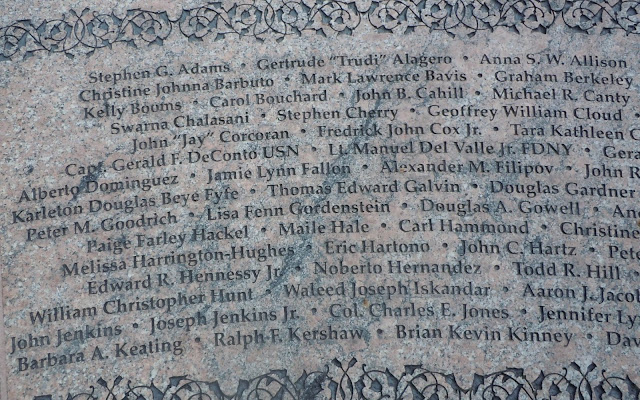 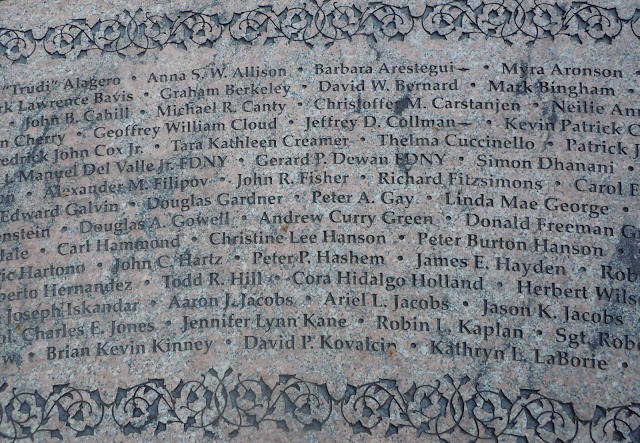 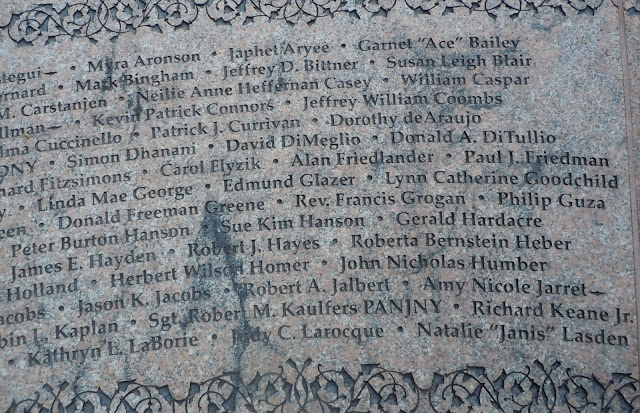 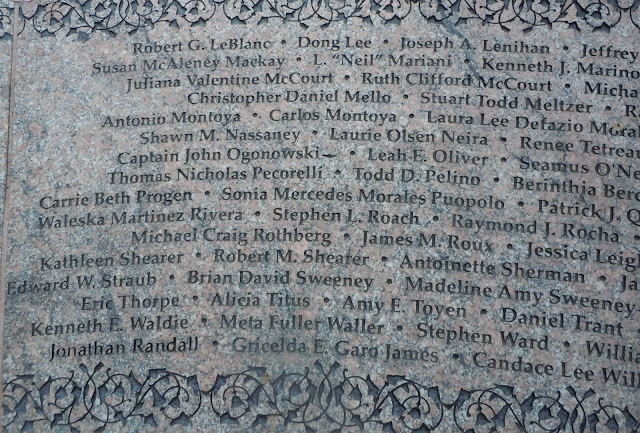 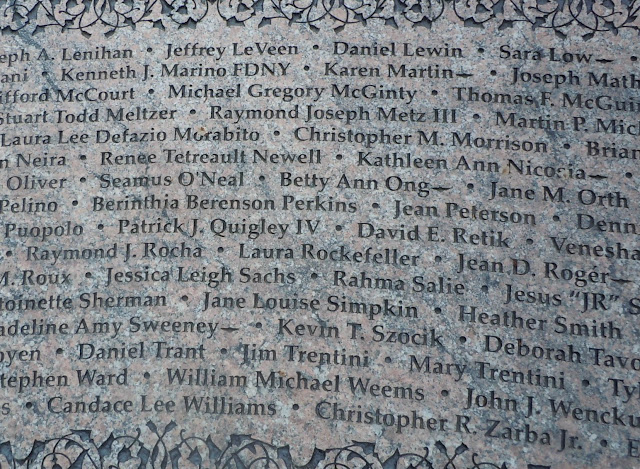 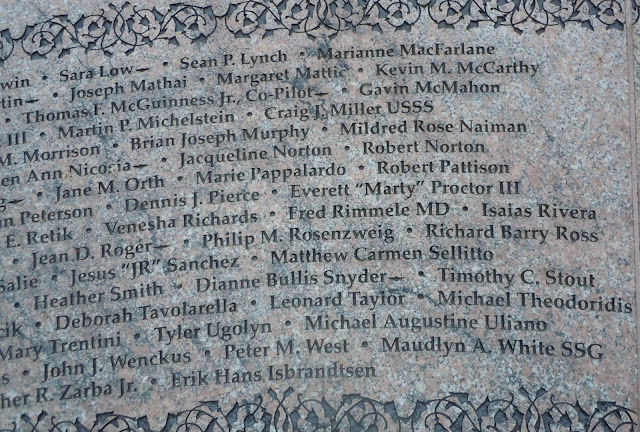 When I came across the Massachusetts memorial to the 206 Massachusetts victims of September 11, 2001, in the Boston Public Gardens, I knew I had to share my photos. And, more importantly, the names of all those from Massachusetts who died on that horrible day. We will never forget.

The Board of Directors and the Family Advisory Committee of the Massachusetts 9/11 Fund invite you to participate, as noted below, in our Twelfth Anniversary Commemoration activities.

8:30 am – Flag Lowering, Moment of Silence, and Reading of Names

11:00 am – Family Reception (by private invitation only)