A visit to the Green Cemetery in Glastonbury, Connecticut on April 17th proved to be the most frustrating hunt for a stone I've ever had in all 100 or so cemeteries I've been in. I thought I was so well prepared as I had a copy of my John Kilbourn /Kilborn stone beautifully photographed for FindAGrave (FAG) by Rebecca, and I knew the row and exact location of the stone. So what happened? I was armed with an iPad and a small Sony aim and shoot camera, but I couldn't read any writing on a large number of stones. The shadow is exactly in the same place as the FAG photo below. When you compare the two pictures, I'd love some feedback. Do you think it was taken in another month or is there another reason? I wonder if Rebecca will respond to my query as to what month she was there, even though she posted her photo in 2007!

From the photo below, I thought it was taken at 11:57 AM, but in fact I was in error. After I posted my original post, I realized that that time was due to my taking a copy of the FAG photo with my iPad. Thank you to the two who commented on why there could have been a difference of 3 minutes, since my horrible picture was taken at 11:54. The idea of a flash being used was a good suggestion, but I think since you see a shadow, like mine, that might not be a reason. Perhaps it was the time of the year.

I have taken cemetery photos of John's 7 of direct line of Kilborn, all in Connecticut (Colchester, East Haddam, Clinton, and New Haven). John Kilborn's father was probably buried across the river in Wethersfield per FAG.

John Kilbourn is my 8th great-grandfather. There are 21 Kilbourns or Kilborns in that cemetery and I could only read three! The stone reads 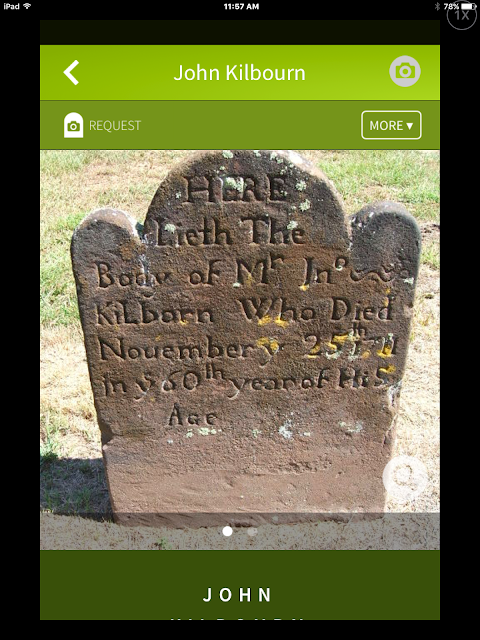 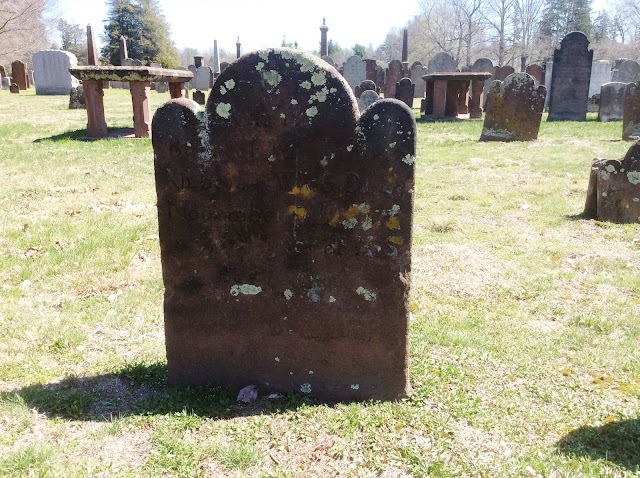 Changing it to black and white helped a little, at least I can see a few words. 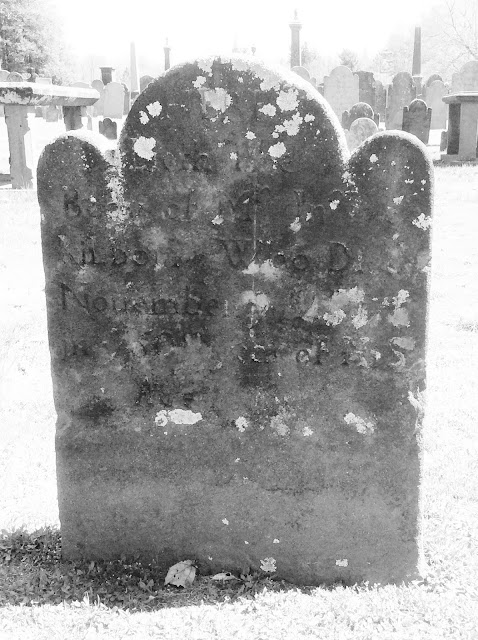 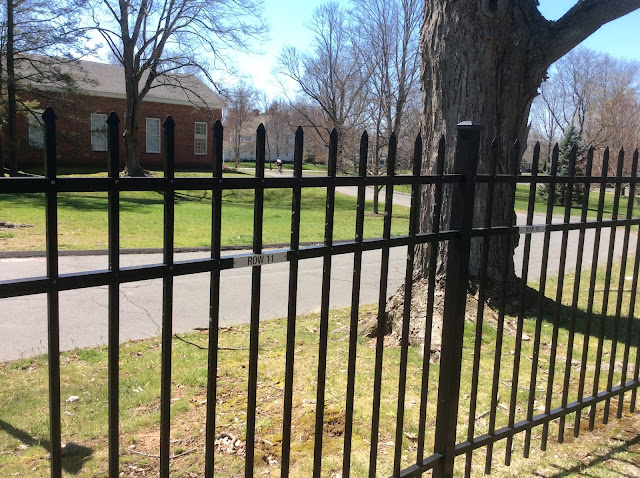 Inside the fence are the row numbers. I called the Historical Society and got the exact location. 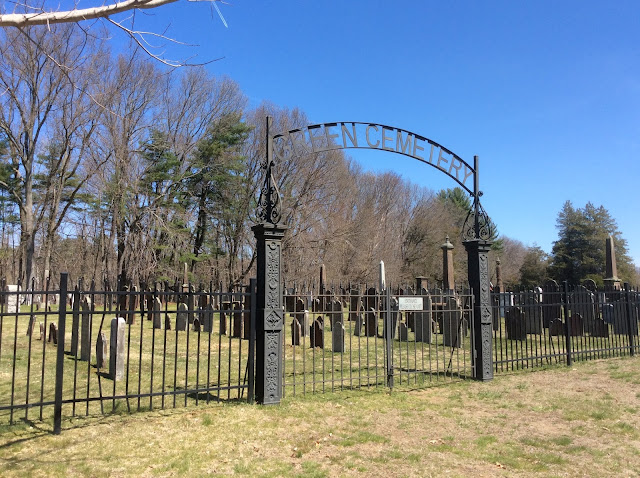 Green Cemetery has many entrances, not just the one shown. 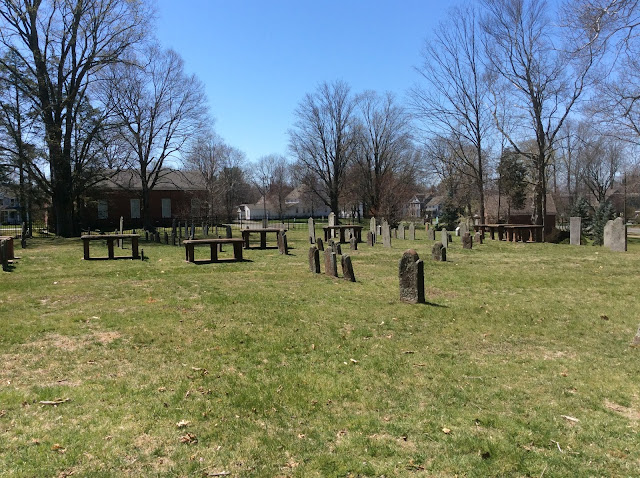 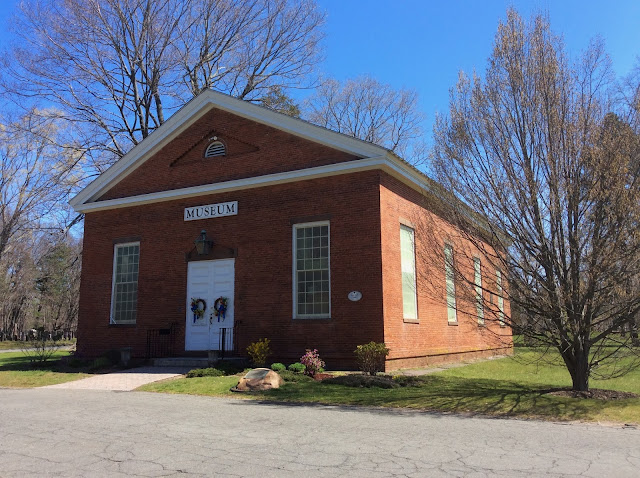 The Historical Society of Glastonbury is next to the Cemetery. This was the original town hall built in 1840. The war memorial is in front of the town hall. 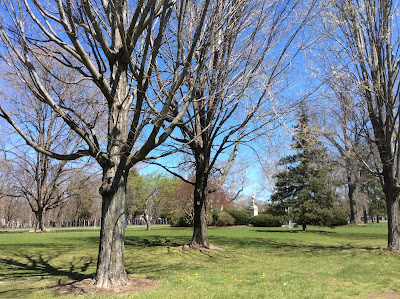 Town green is beside the cemetery and behind the Historical Society.