A Bradstreet, A Dudley, and Royalty Part 2 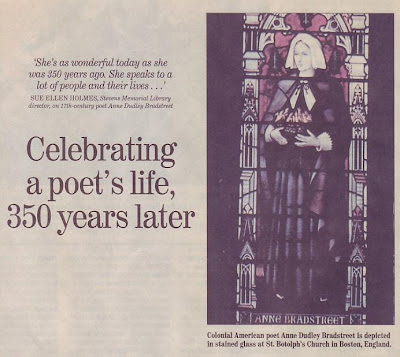 
She married Simon Bradstreet about 1628 in Hardingston, England.


It is unknown where she was buried, but on September 16, 2000 there was a memorial marker placed in the Old North Parish Burying Ground, Andover, Massachusetts.  She lived in Andover at the time of her death. Her husband, now remarried, was buried in Salem, Massachusetts 25 years later.


Anne was an extremely well known poet, and I found this site listing some of her poems Anne's Poems. 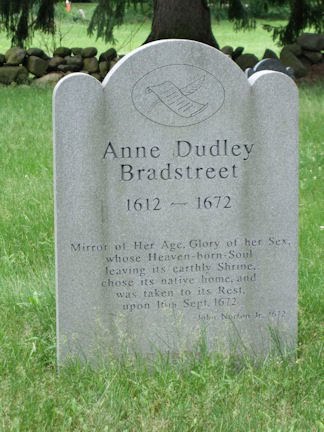 I was at this cemetery on Sunday, December 6, 2009 and there were major changes.  Many of the old trees were taken down, and now there is just a field of very old cemetery stones trees in the background.  Since it was bitter cold with snow on the ground, I took a few pictures, but will go back later when the weather is better.  I am very glad they are working on the cemetery, and wouldn't be surprised if they find more stones. Previously, the cemetery was hidden within the trees. I have another direct ancestor buried there. 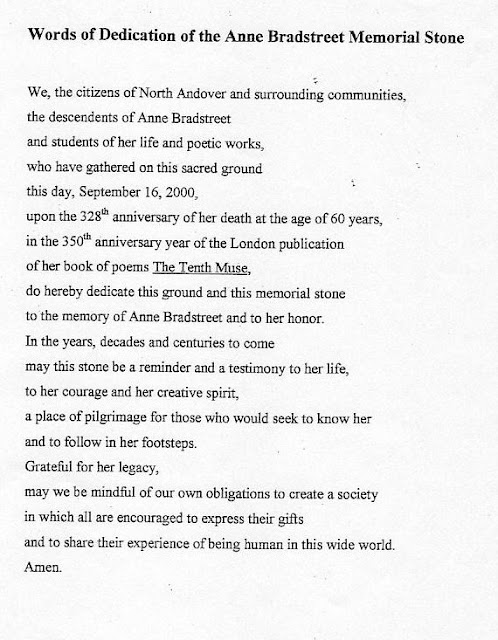 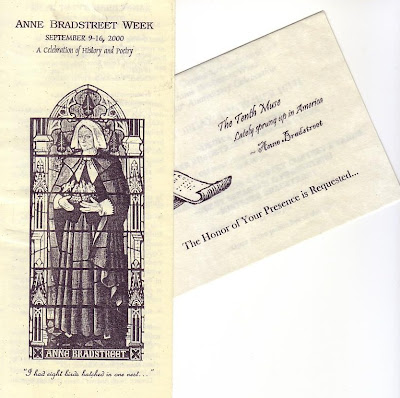 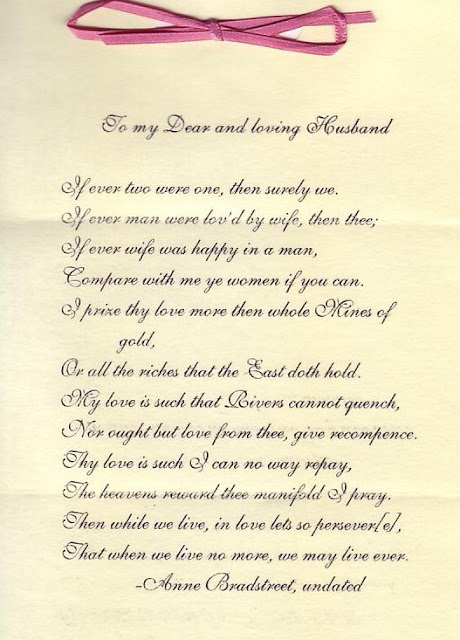