There Is A Lot to Like About Lowell -- Historic Worthen House, 1834 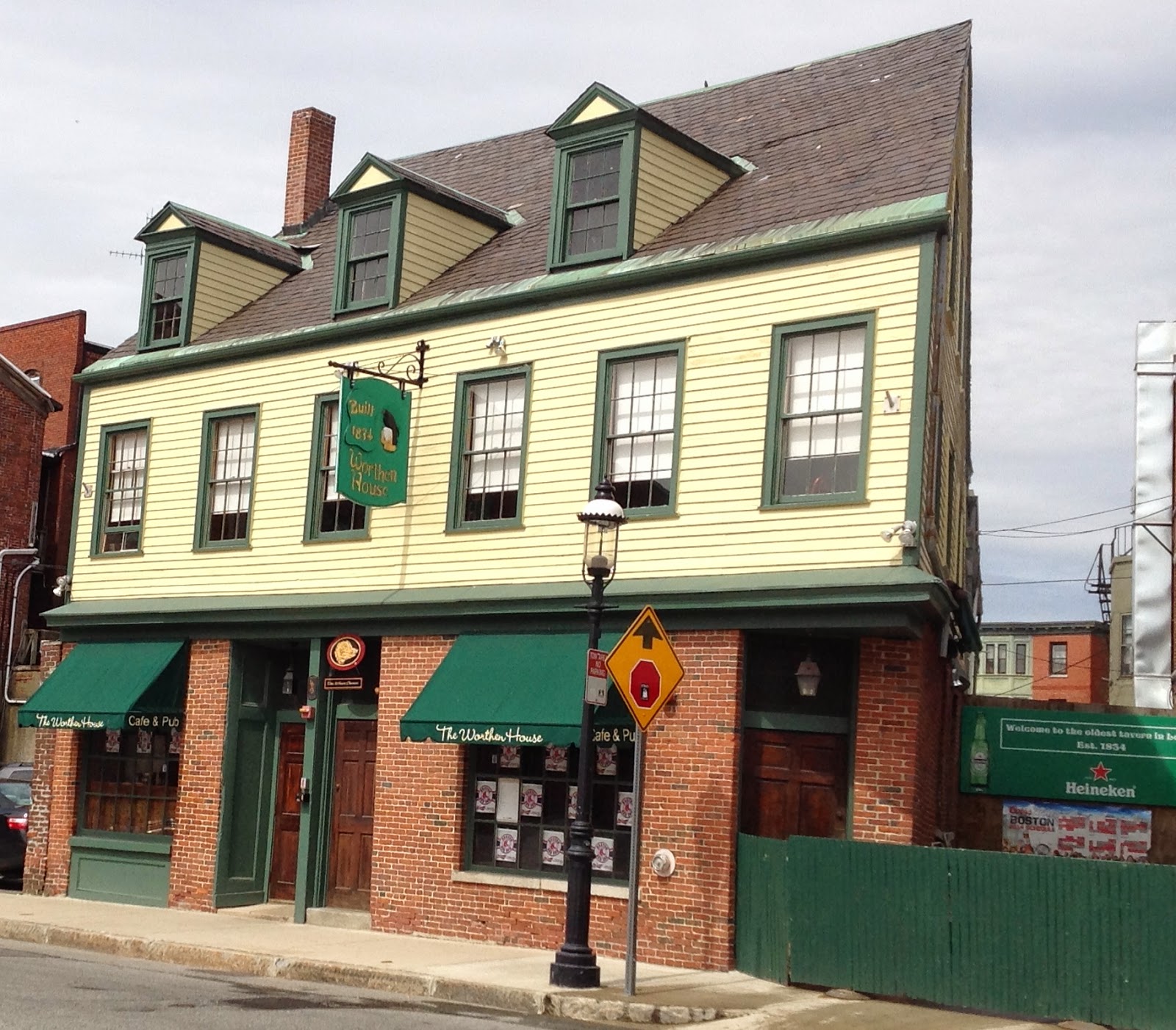 The Historic Worthen House, at 141 Worthen Street,  is Lowell's oldest tavern and restaurant, built in 1834. Why is it something I like, even though I've never ate there? First, it has seen a lot of history, being pretty close to the center of the city. The City Hall is just down the street, and it was around during the boom and bust of Lowell. The house is darling, and has a triangular floor plan. Inside is quaint with a lot of old artifacts found during the 1989 restoration. I love the original tin ceiling too.

It was a beautiful day, when I visited, so I took way too may photos. I regret not eating there, but I will some day. This is just up the street from where James MacNeil Whistler was born. 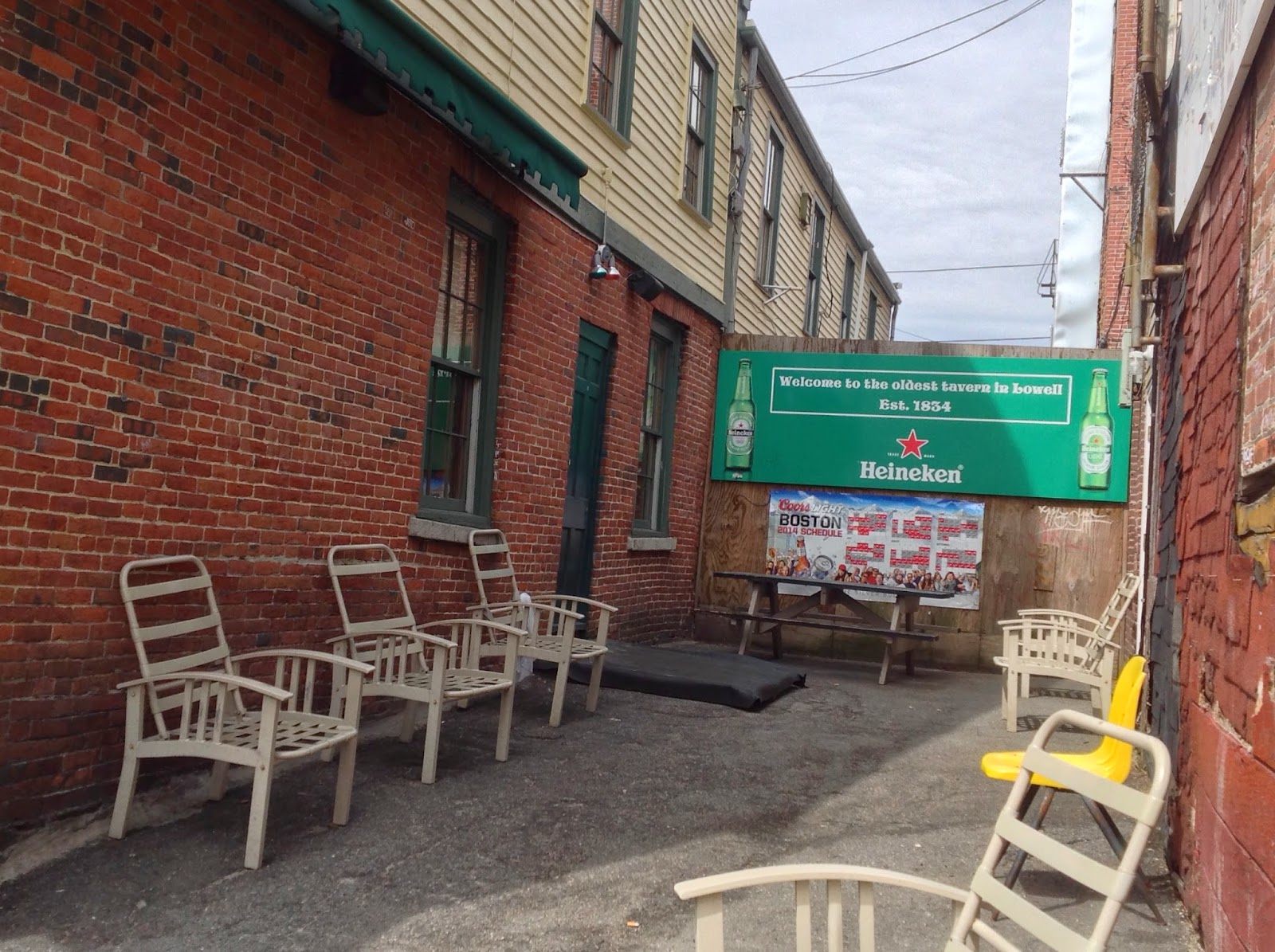 Side and front views. 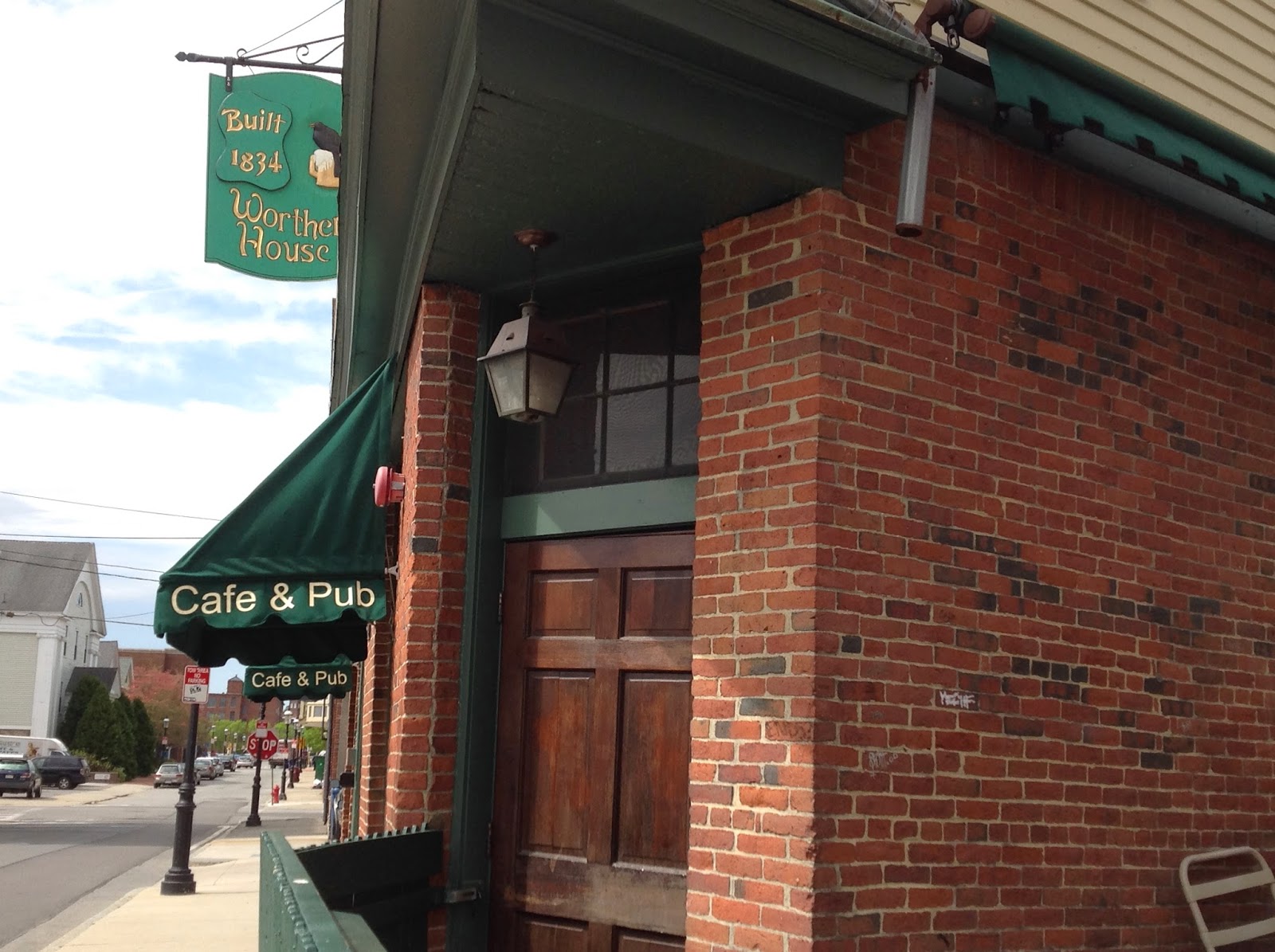 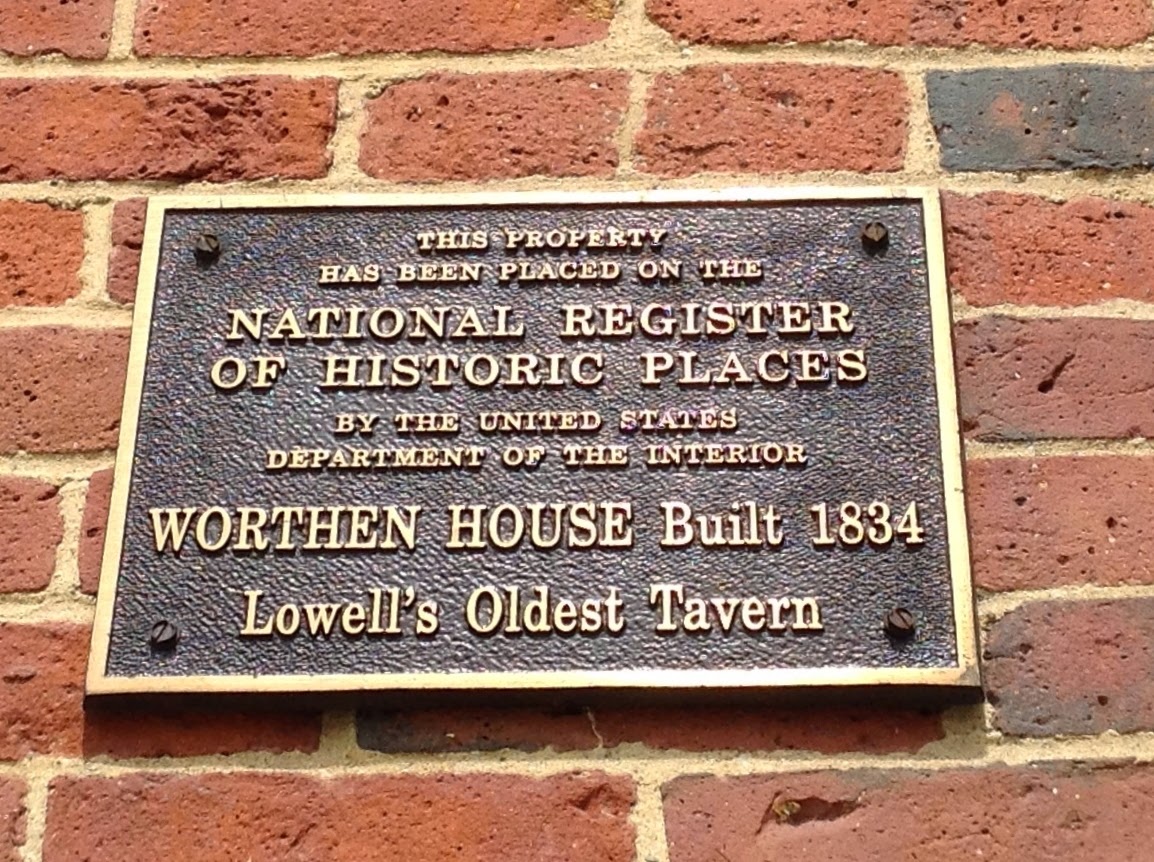 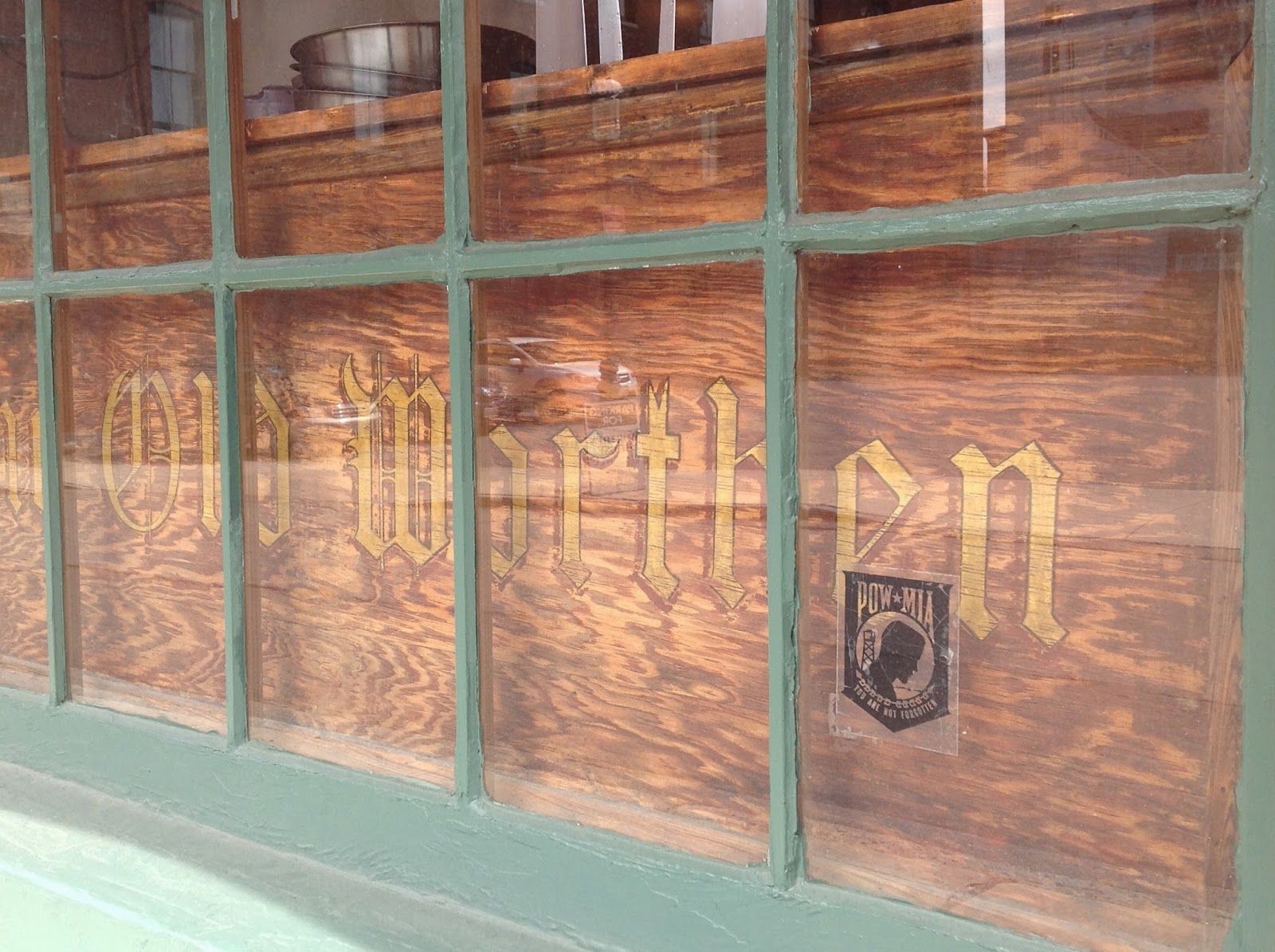 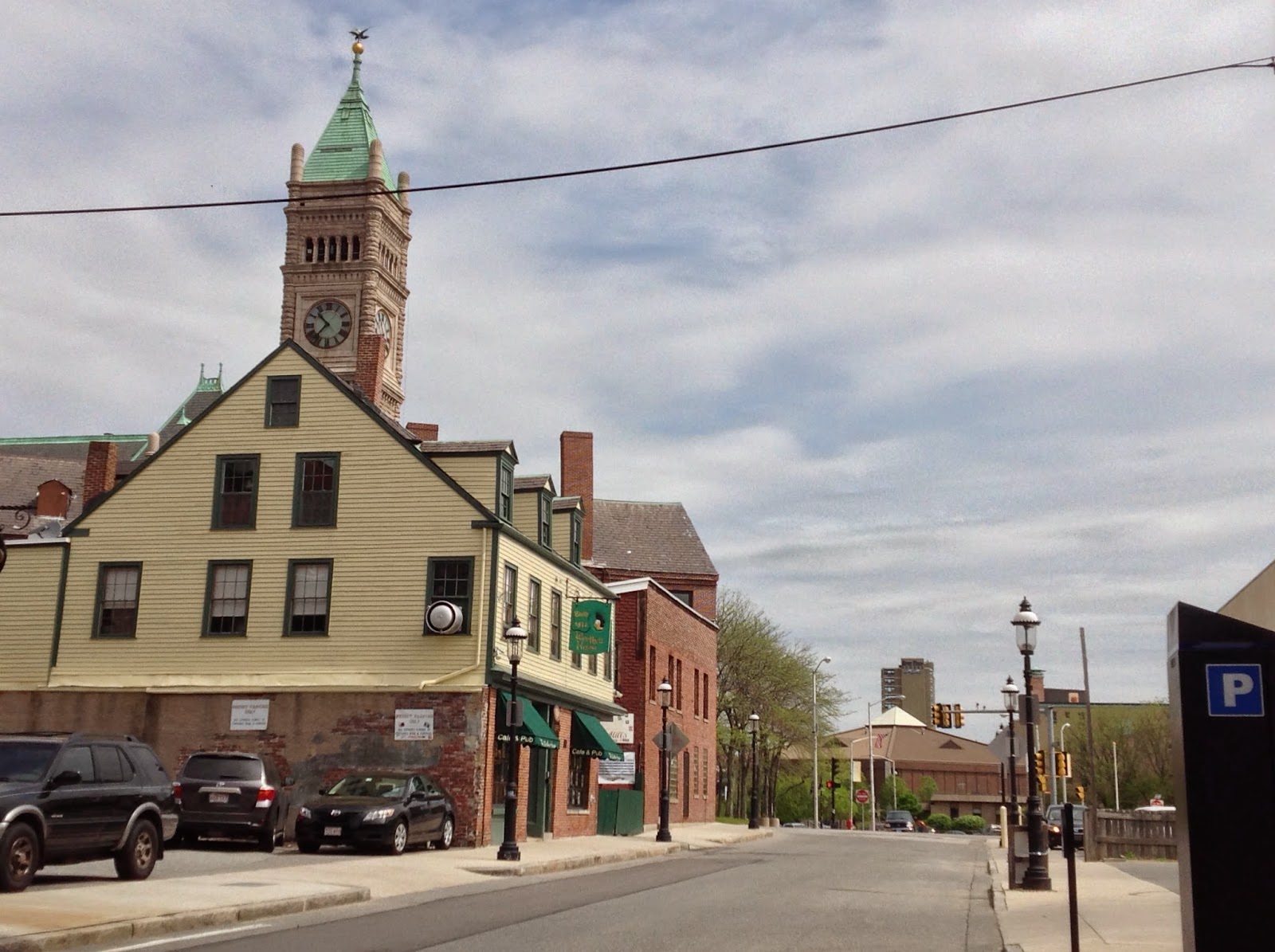 Can't miss the city City Hall behind the Worthen. 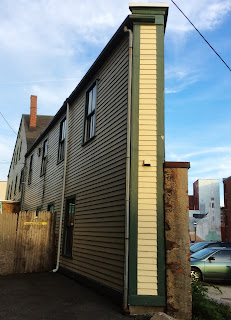 The above is the back of the Worthern House! 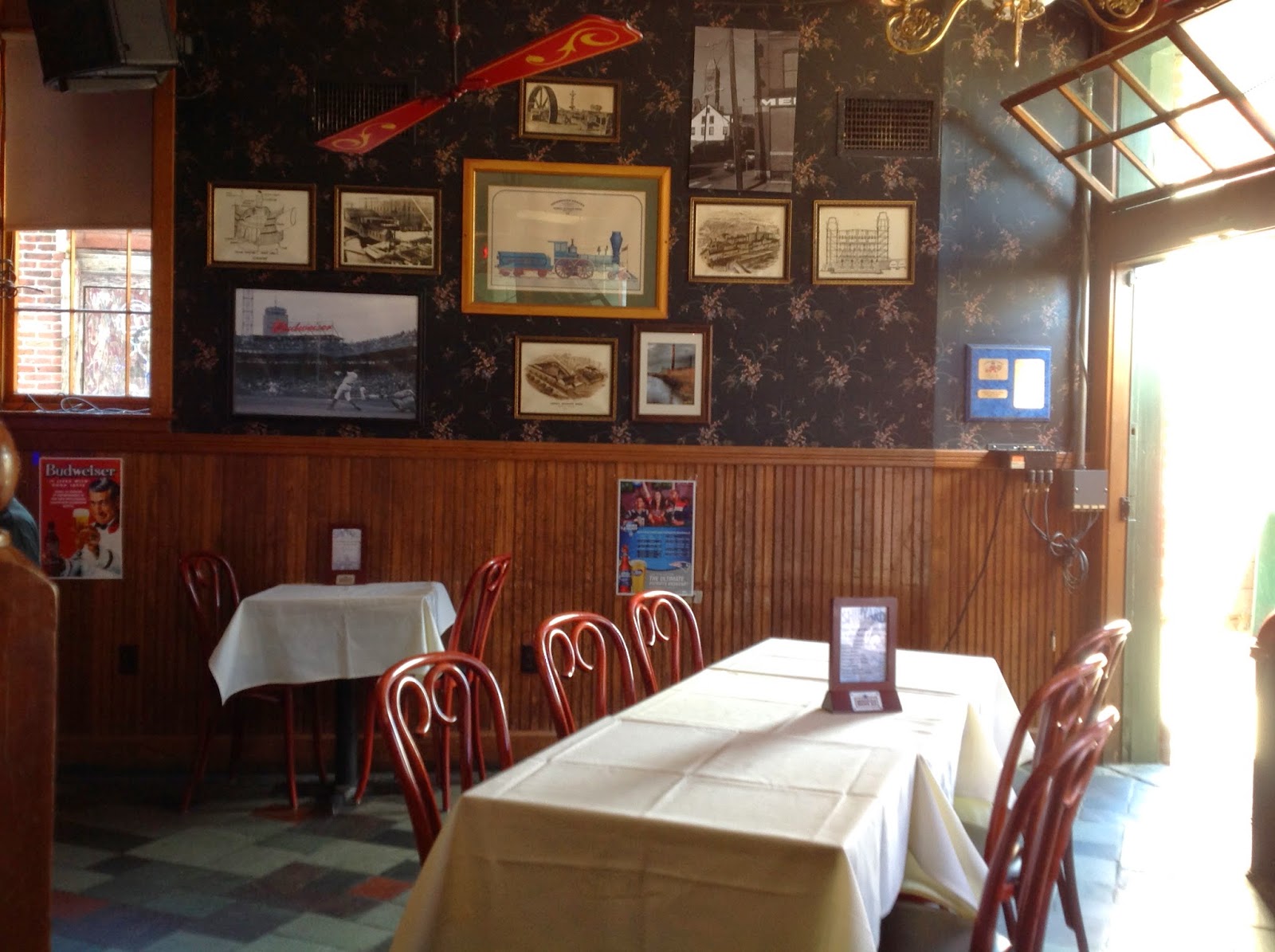 Three photos of the bar and eating area. Lots to look at. 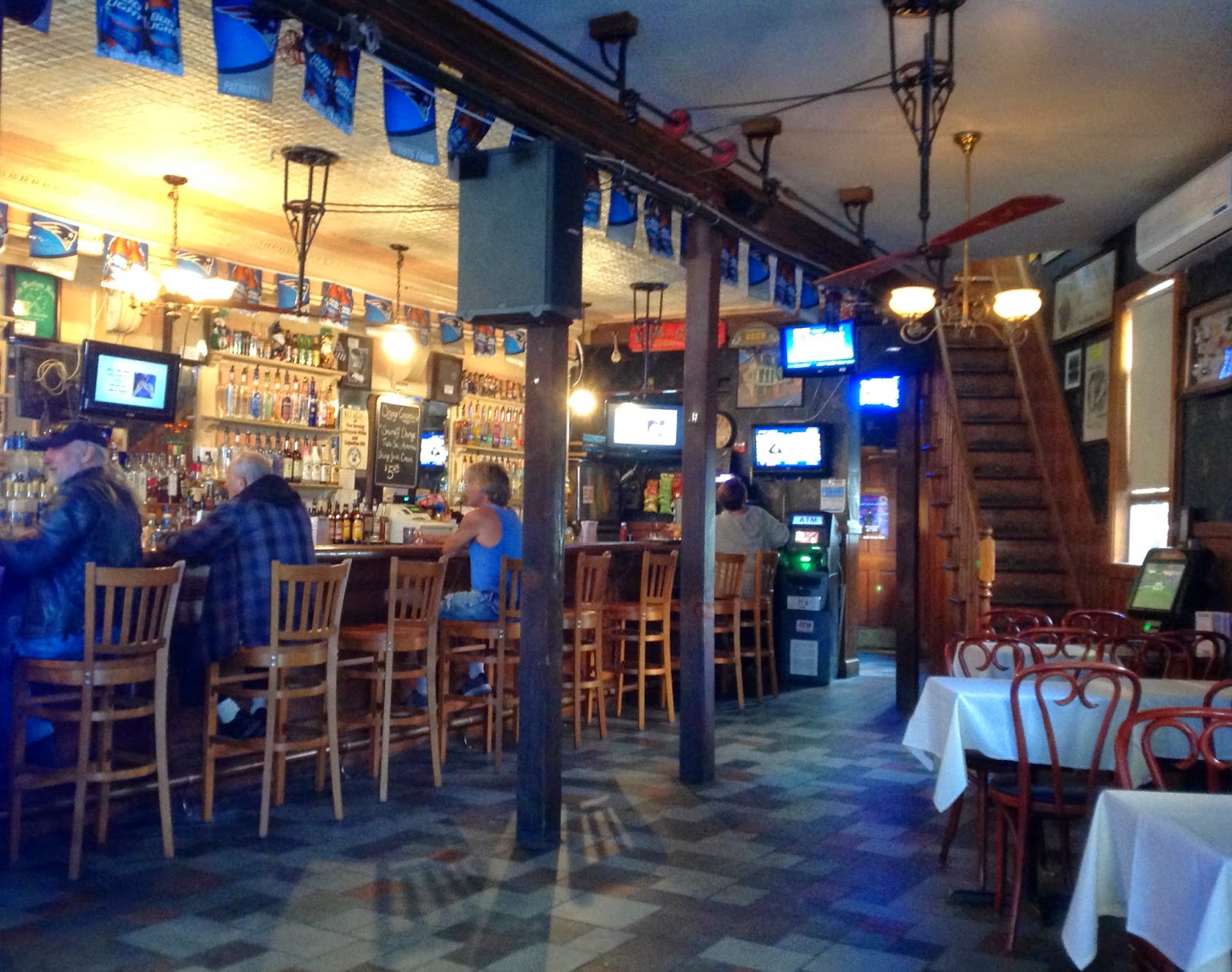 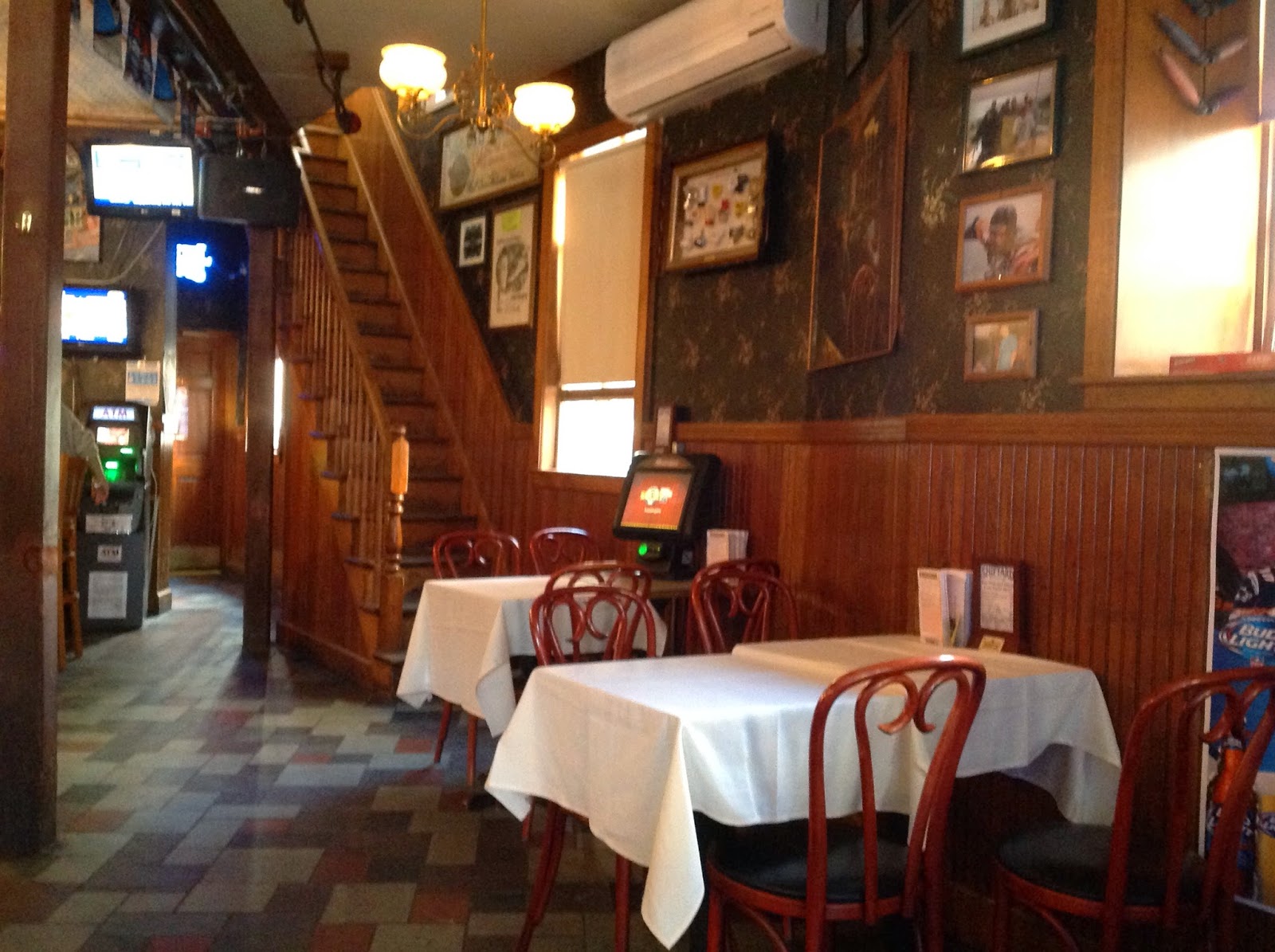 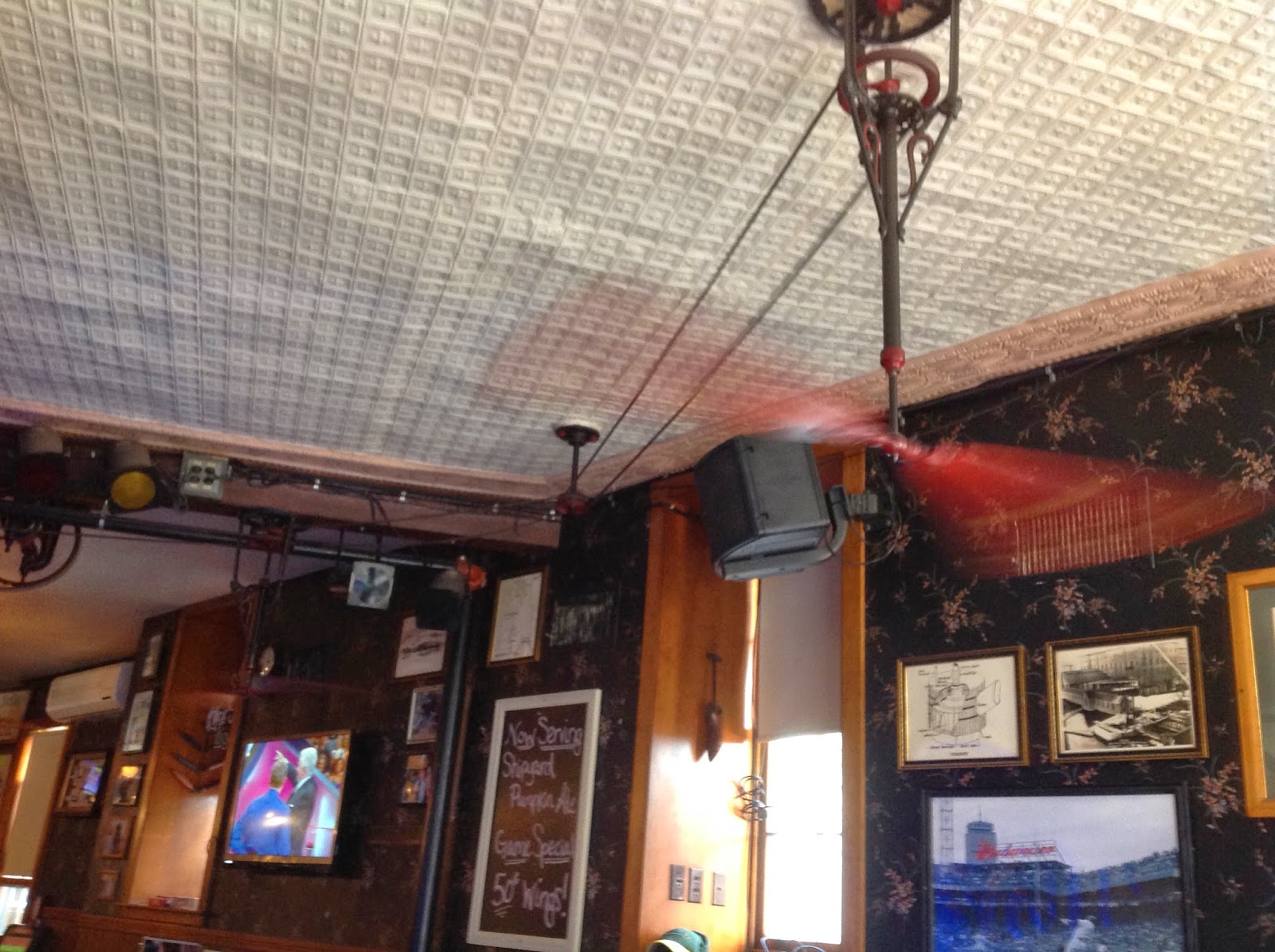 Tin ceiling and the fan. "The fan system is one of only four in the United States and is the only one existing in the original site. It is pulley driven and is beautifully restored. It is now electrified." (Information from flyer printed by the Worthen House.) 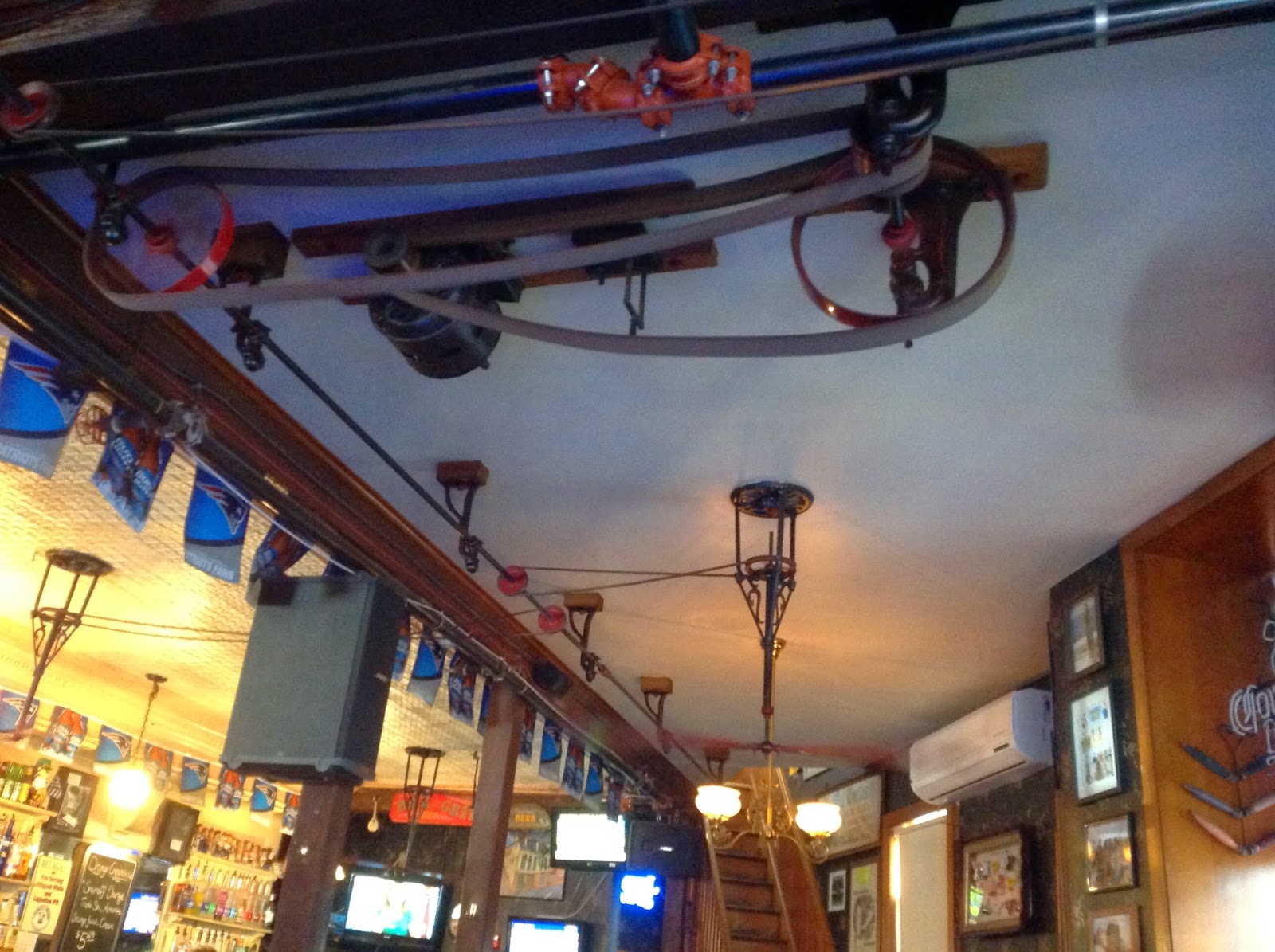 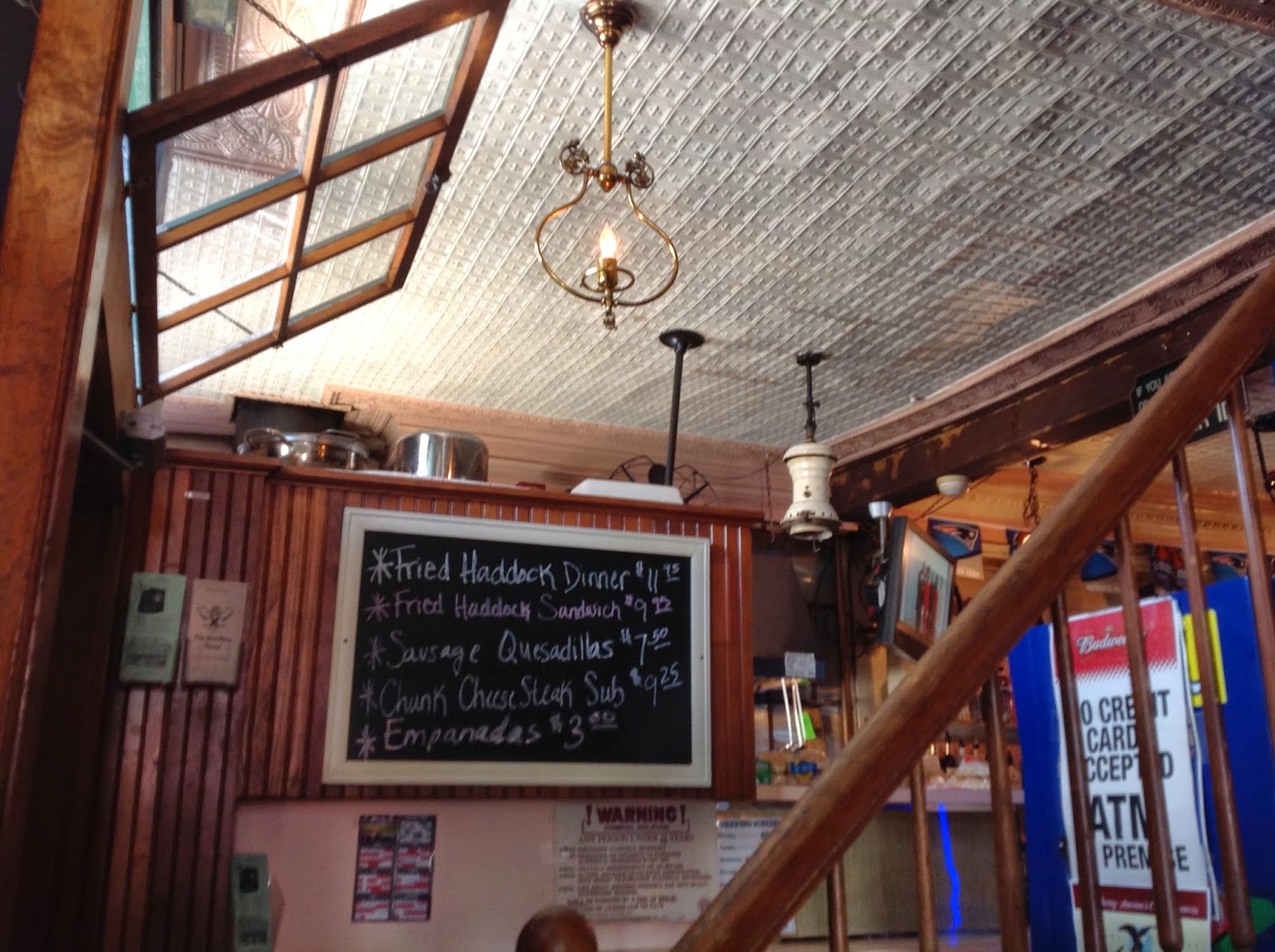