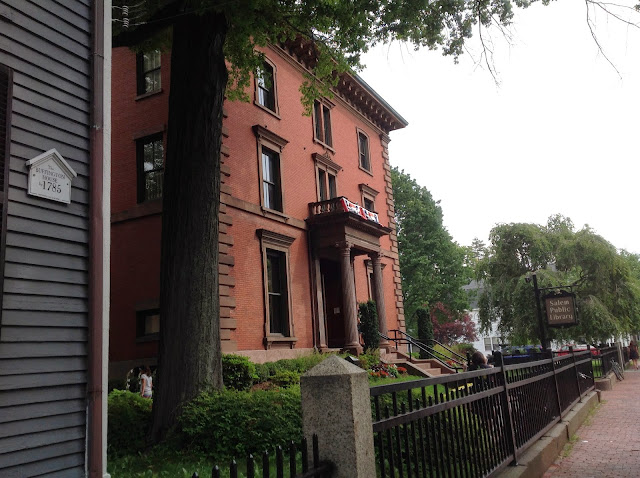 Before I got to the Library, I passed this 1785 house on the left. 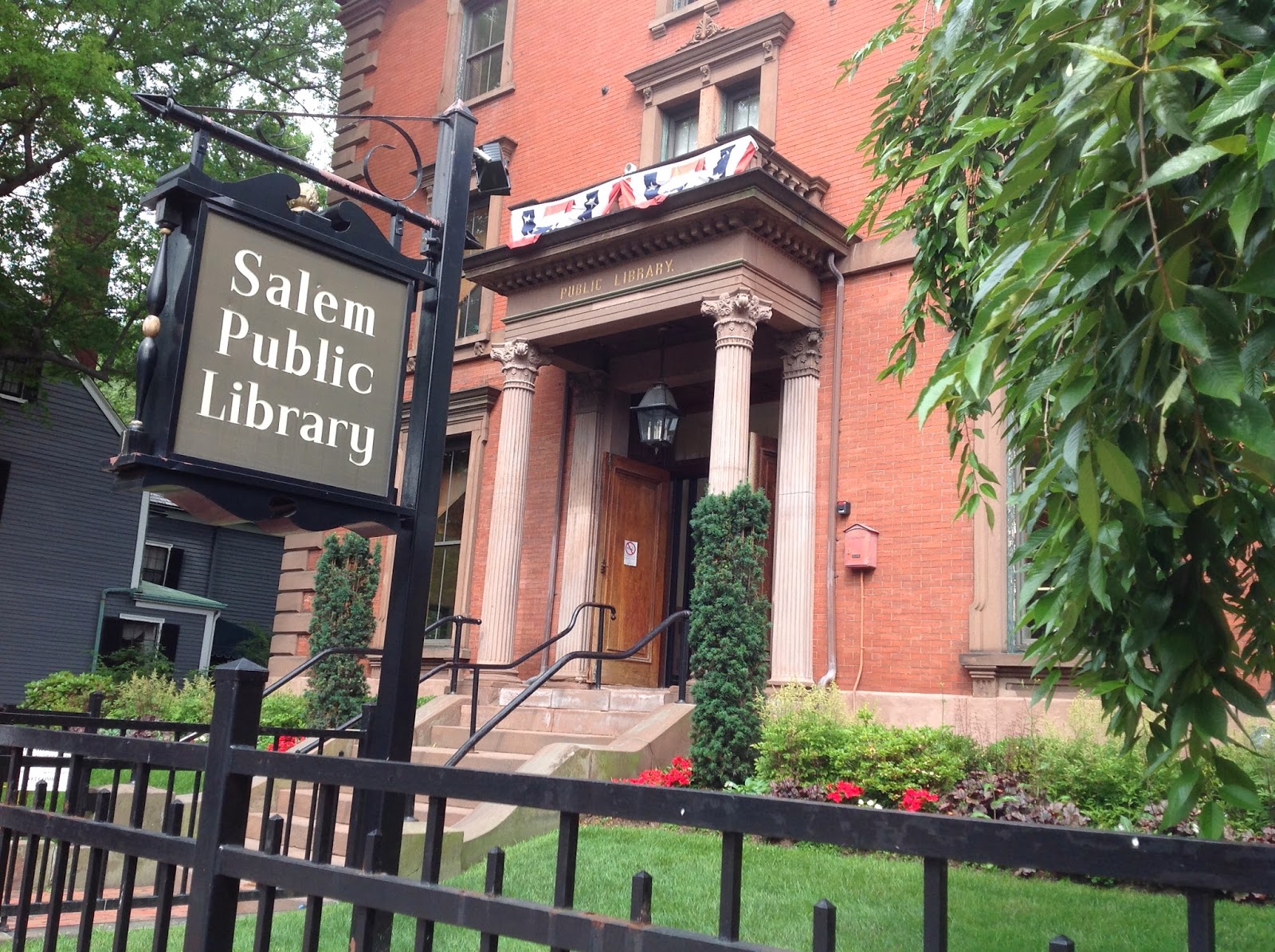 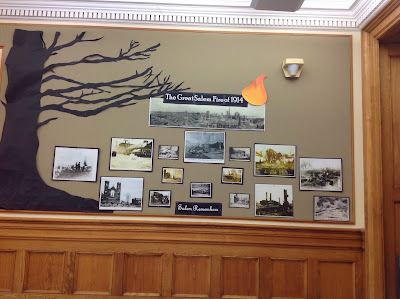 Display about the Great Fire in June 1914. 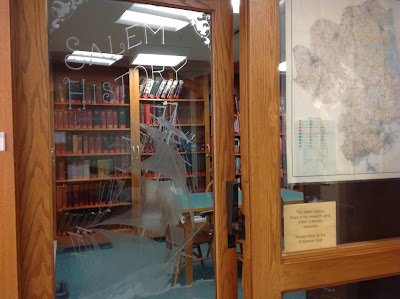 Entrance to the History room. Did you notice the door? I saw all the usual Essex County genealogy books, I've used elsewhere. However, the reference librarian showed me an 1832 city directory, (for my family) that was held in another location, which was pretty nice. There were two computers for genealogists only, and each had subscription databases downloaded. They were Ancestry, Heritage Quest and NEHGS (AmericanAncestors). Behind the reference librarian are a large number of drawers with microfilm, but I wasn't allowed to photograph it! 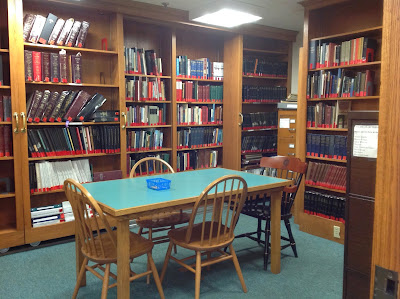 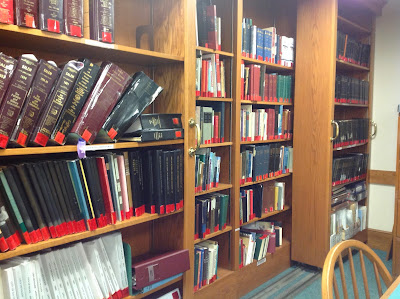 Since I have quite a number of early Salem ancestors, I've used most of these books. 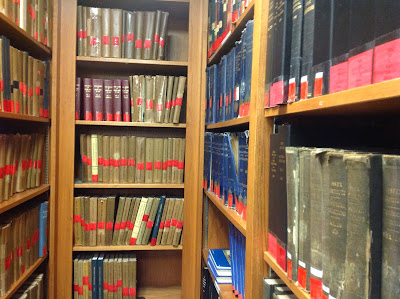 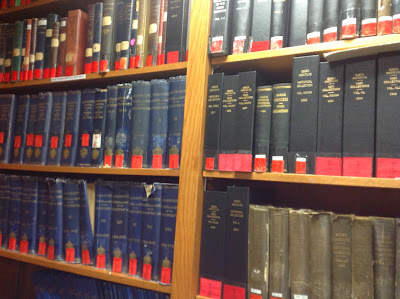 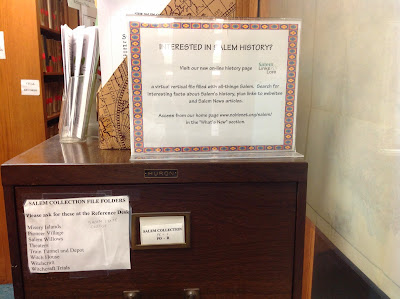 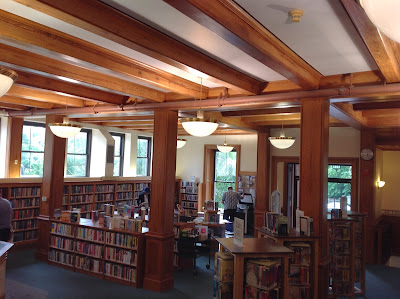 Main entrance, with great ceiling. This used to be a private residence. 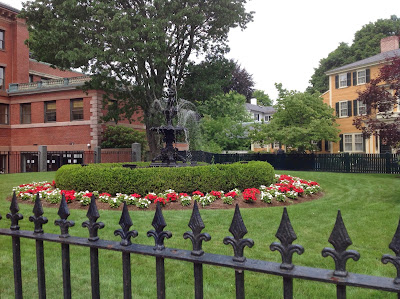 The Library is on the left. I took this so you could see one of the many large homes on this street. It's a beautiful area.
Labels: Library Visits, Location: Massachusetts
Email ThisBlogThis!Share to TwitterShare to FacebookShare to Pinterest 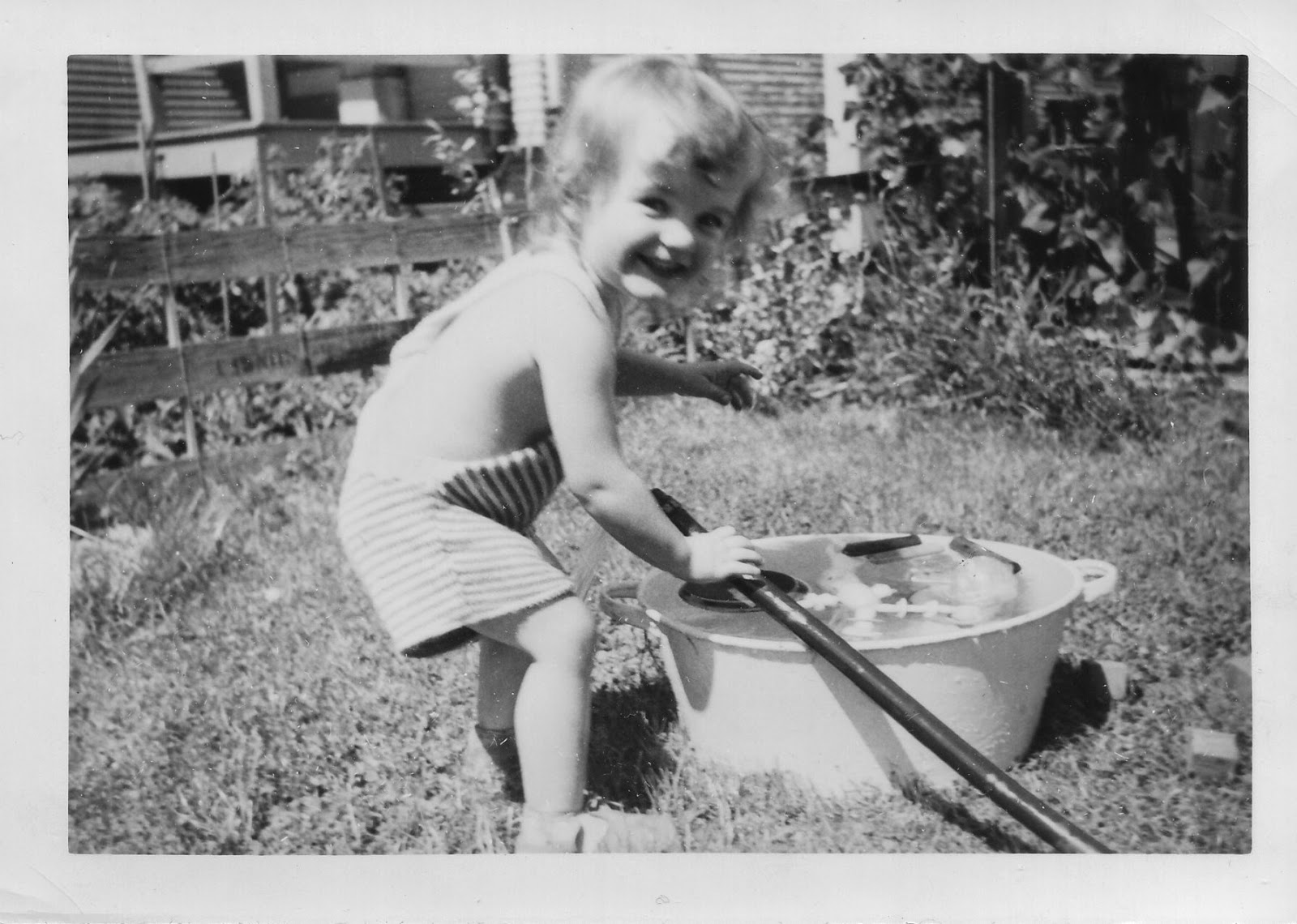 Even though the San Francisco Bay was a short walk from our house, it was probably safer to play in the back yard rather than the bay.

Map of where I lived for close to 10 years (see A).
Labels: Location: Alameda, Location: California, Photos
Email ThisBlogThis!Share to TwitterShare to FacebookShare to Pinterest