Congratulations on the Birth of Newell 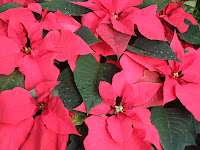 
"Among the letters written by Newell Sill Jenkins one dated June 20, 1917 was sent to Hildreth (Smith) and William Robinson Brown upon the occasion of the birth of their son, Newell Brown, my contemporary:


'With all our hearts we rejoice in your happiness that unto you a son is born. May be be worthy of his ancestry!


'The name you have chosen for him has come through five generations to reach him. Dr. Mark Newell was the great grandfather of Rob's Mother (Emily Hart Jenkins). Her Mother Phebe Bishop was left an orphan in her early childhood, and her two grandfathers, Dr. Mark Newell and the Rev. Elijah Sill, two well known personages in Connecticut in Colonial and Revolutionary times, adopted her and cared for her education, and brought her up in the nature and admonition of the Lord. In gratitude and reverence my Mother gave me the names of her honored grand parents and so one of them has come to your precious gift of God.


'May his blessing abide with the child and his parents for evermore.


With a little investigating, I located an obituary in the New York Times. I believe he lived up to his name!


"Newell Brown, 82, a Labor Aide In Eisenhower's Administration
By Wolfgang Saxon  Published: May 01, 2000 in The New York Times.


Newell Brown, a labor official in the Eisenhower administration and an aide to Gov. Sherman Adams of New Hampshire before that, died on April 14 at his home in Keene, N.H. He was 82 and had moved there from Dublin, N.H., weeks ago.


The cause was congestive heart failure, his family said.
From 1963 until he retired in 1980, Mr. Brown worked at Princeton University, where he established and then directed its career and counseling services. In that period he published two nonfiction books, ''After College, What?'' and ''To Call It a Day in Good Season.''

Born in Berlin, N.H., he graduated from Princeton in 1939. In World War II he was an Army lieutenant colonel in the Office of Strategic Services, commanding a guerrilla force of Kachin tribesmen operating behind Japanese lines in central Burma toward the end of the war."
Labels: Location: New Hampshire, Surname: Bishop, Surname: Newell
Email ThisBlogThis!Share to TwitterShare to FacebookShare to Pinterest