The Founders of the Sudbury Minutemen--This Had me Fooled 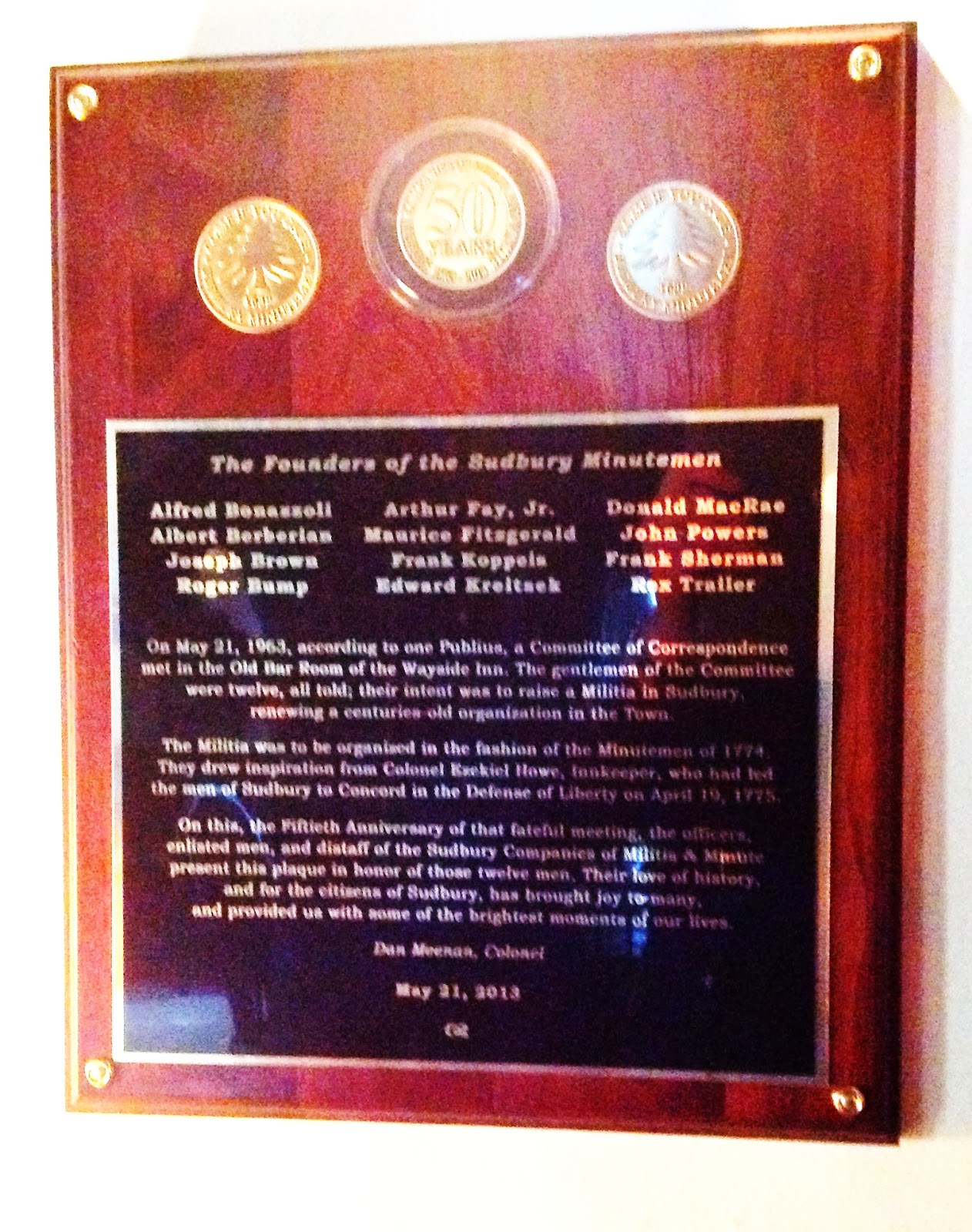 The founders of the Sudbury Minutemen

"On May 21, 1963, according to one Publius, a Committee of Correspondence met in the Old Bar Room of the Wayside Inn. The gentlemen of the Committee were twelve, all told; their intent was to raises a Militia in Sudbury, renewing a centuries-old organization in the Town.

The Militia was to be organized in the fashion of the Minutemen of 1774. They drew inspiration from Colonel Ezekiel Howe, Innkeeper, who had led the men of Sudbury to Concord in the Defenses of Liberty on April 19, 1775.

On this, the Fiftieth Anniversary of that fateful meeting, the officers, enlisted men, and distaff of the Sudbury Companies of Militia and Minute present this plaque in honor of those twelve men. Their love of history, and for the citizens of Sudbury, has brought joy to many, and provided us with some of the brightest moments of our lives." 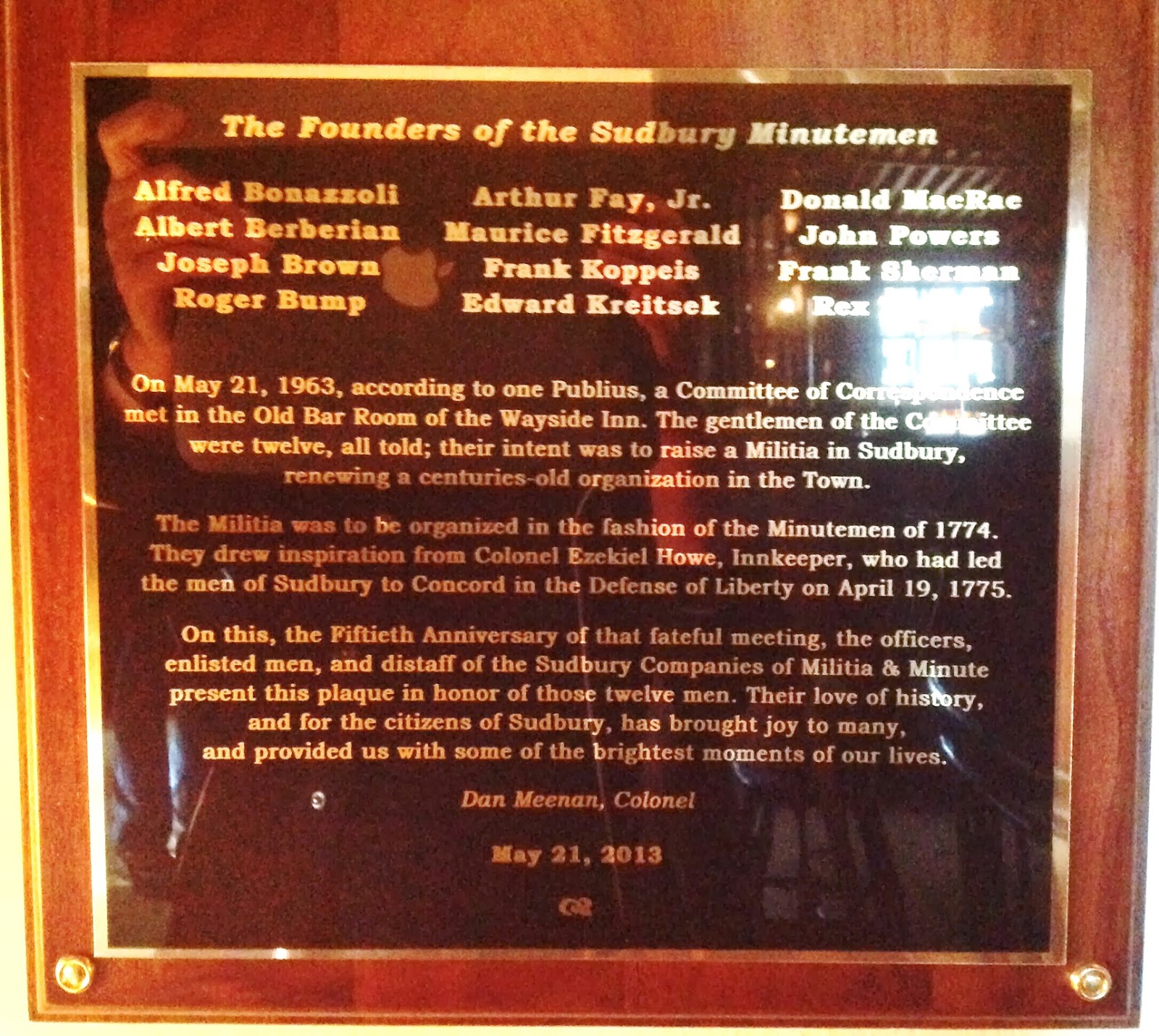 When I saw this plaque in the historic Wayside Inn* in Sudbury, Massachusetts, I knew I had to take the photo, after all, I assumed it had the names of the original Minutemen from Sudbury. The sunlight was shining brightly (you can see me, the iPad and sunny window above) so a kind man offered to hold up his jacket so I could get my photo (first photo). It wasn't until I began typing this that I discovered, that wasn't the case. These are far more recent names. However, I decided to post this because these individuals probably have descendants, and I wanted to show the restaurant rooms.

"Longfellow's Wayside Inn—a nationally significant Massachusetts Historic Landmark—is the oldest Inn still operating in the United States and has been serving travelers along the old Boston Post Road for almost 300 years. What began as a two-room home in 1707, the Howe family ran a successful tavern and innkeeping business on this site from 1716 to 1861." 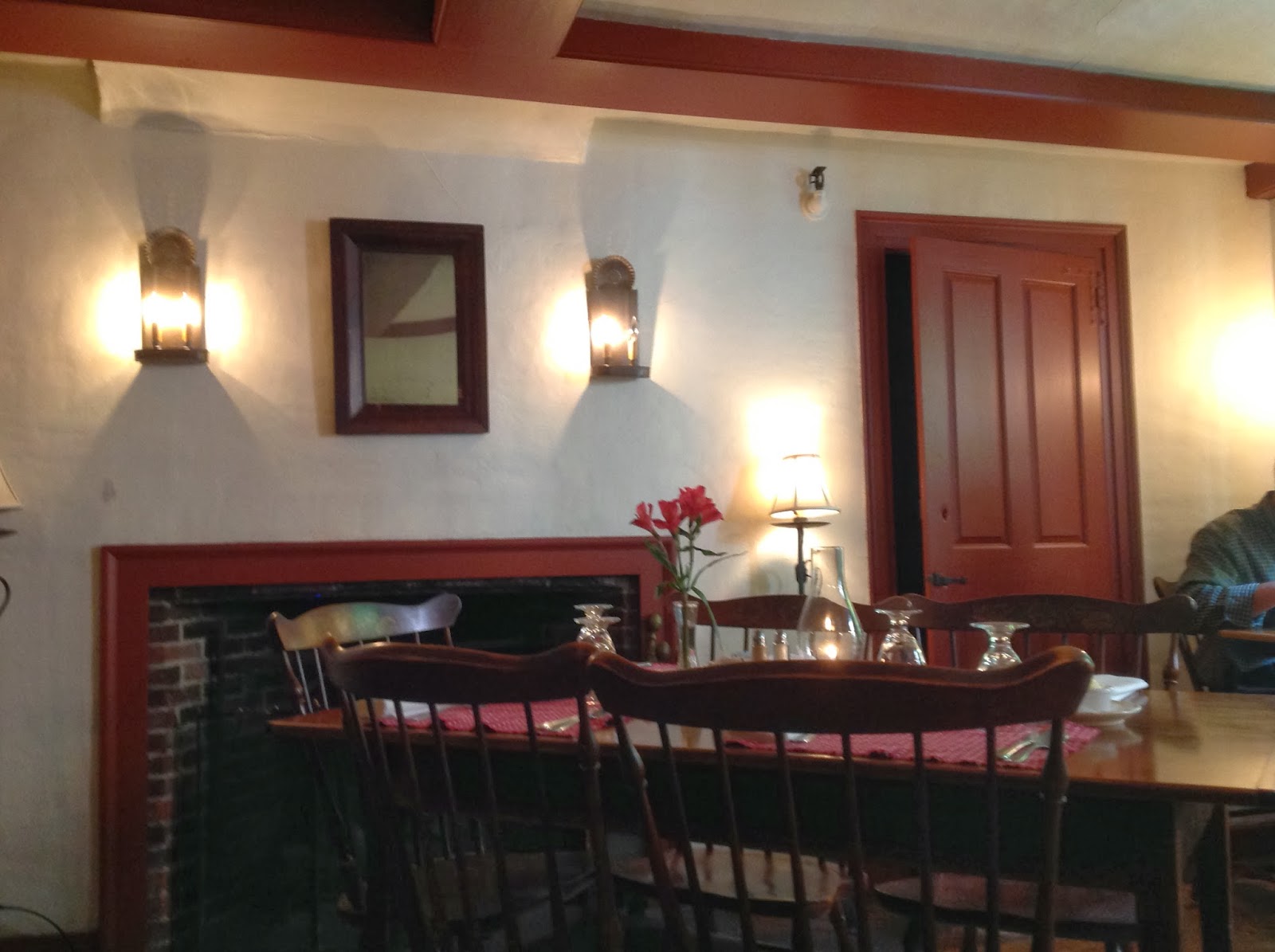 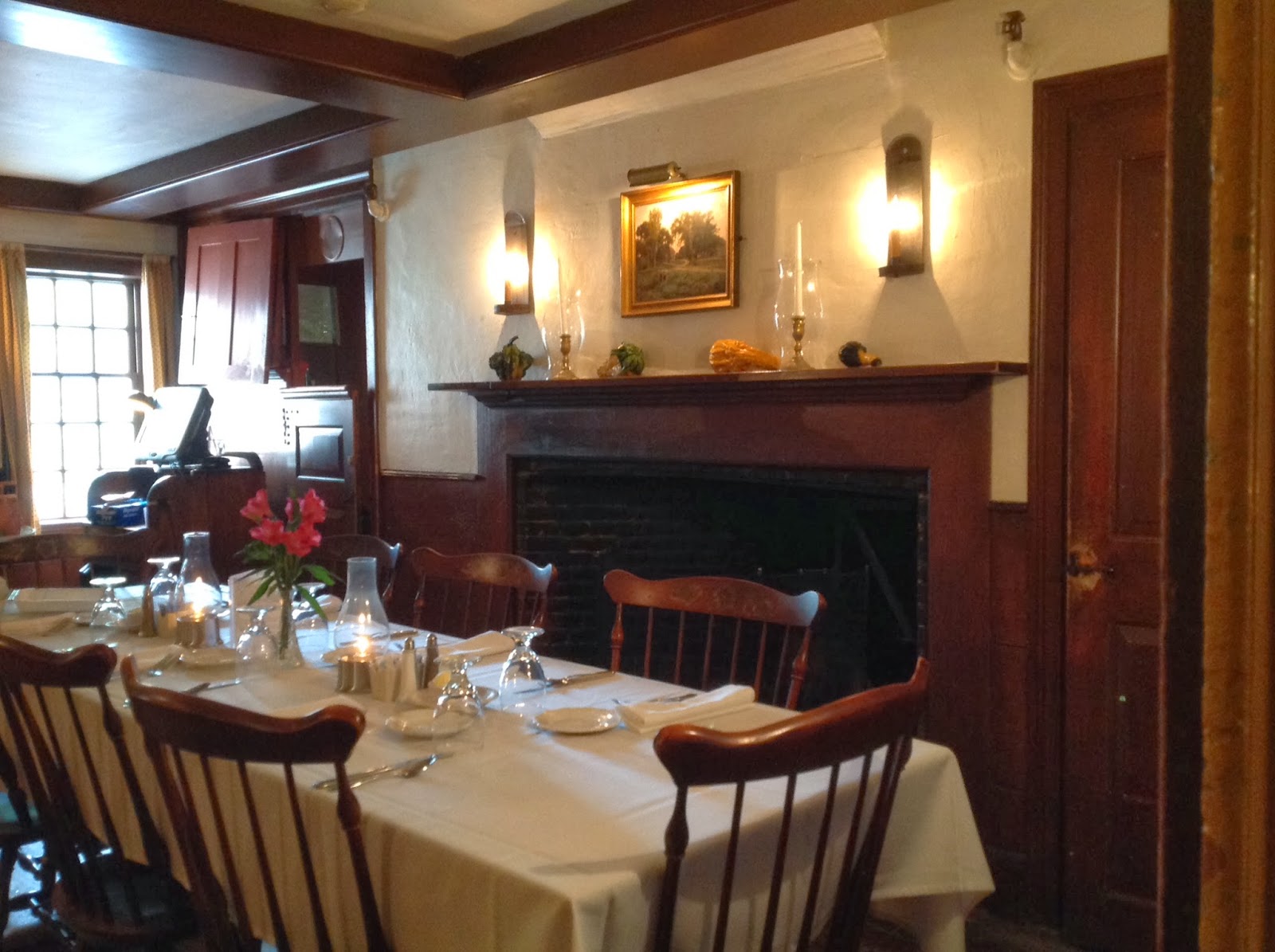 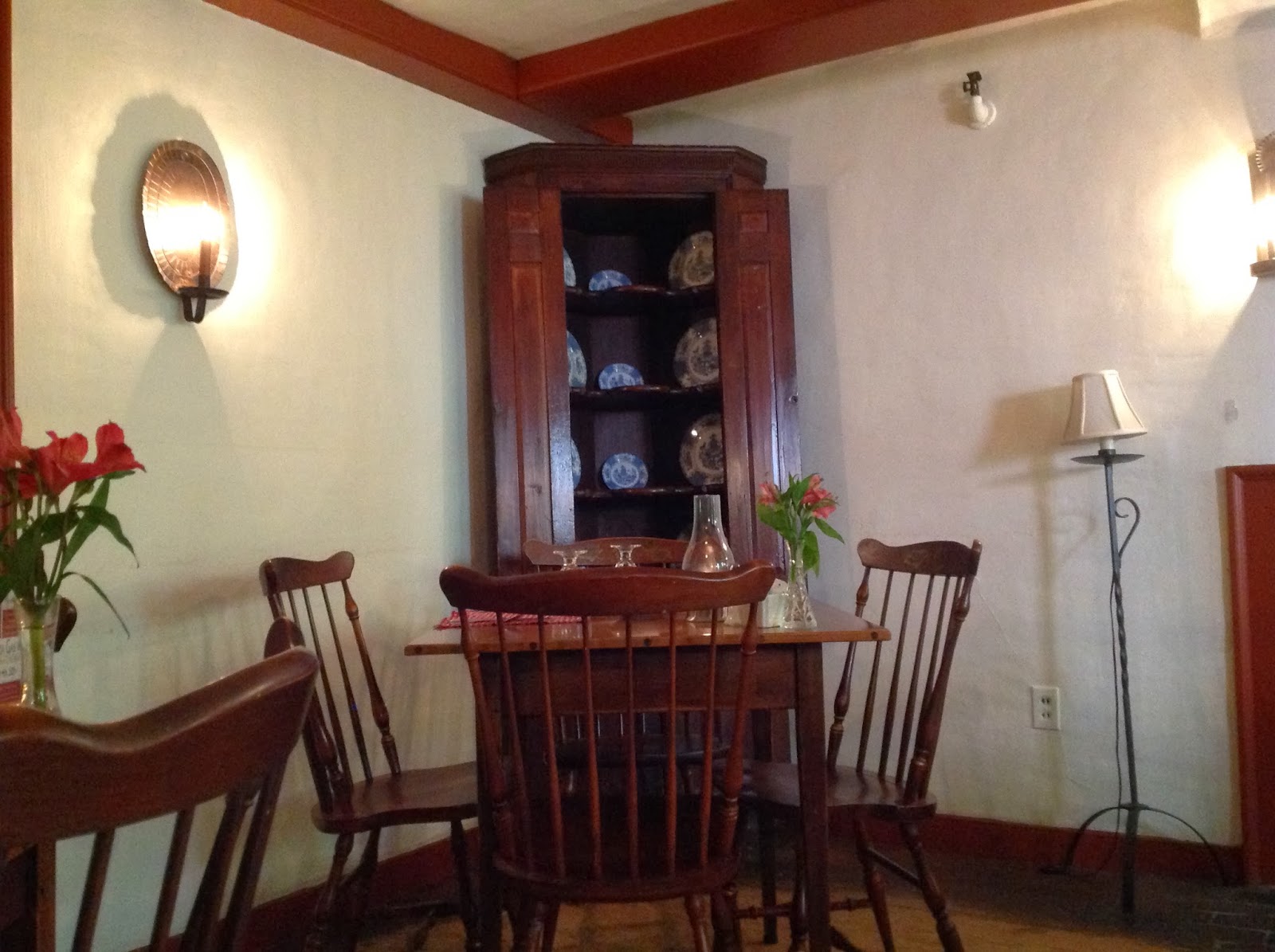 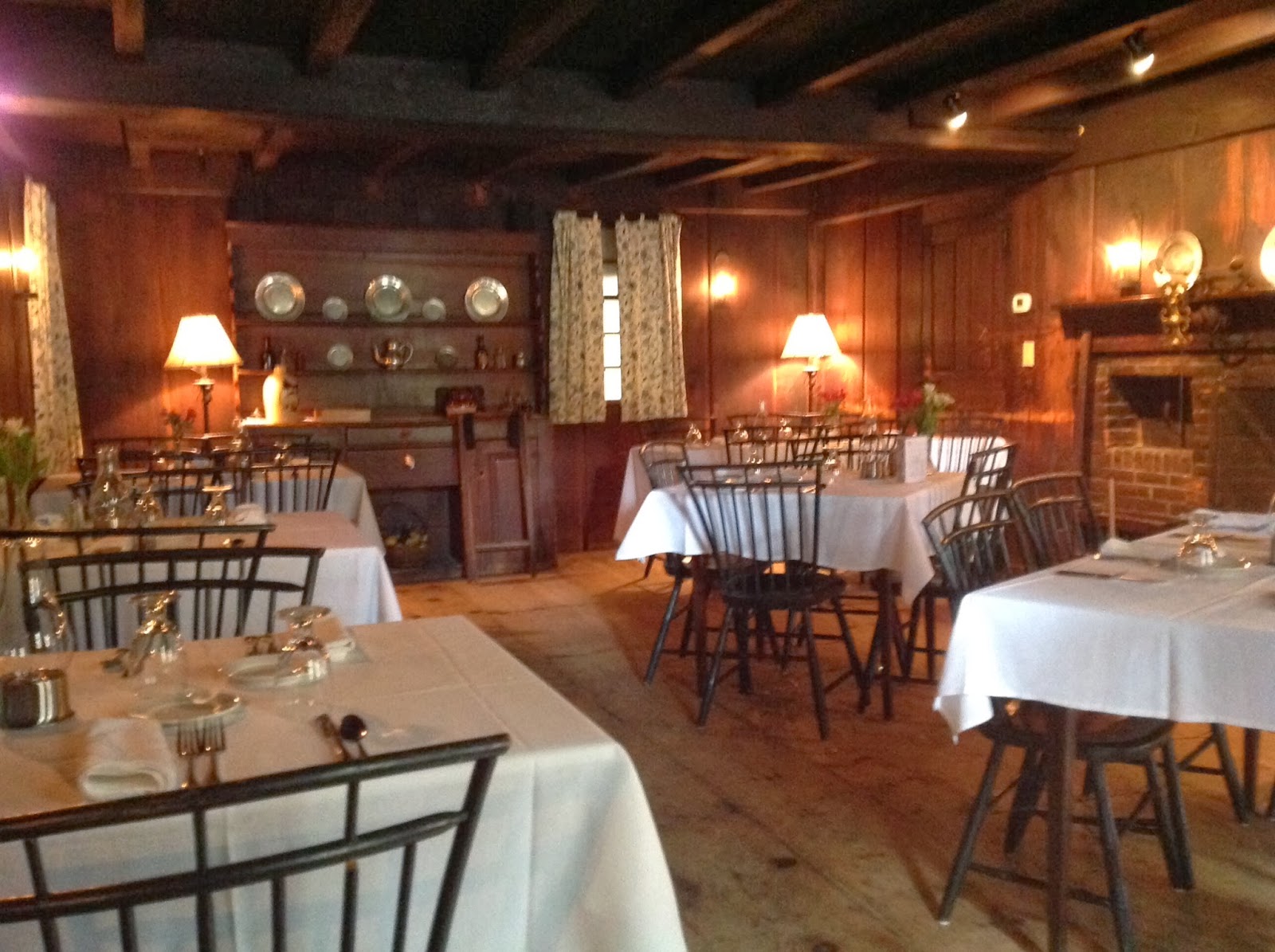 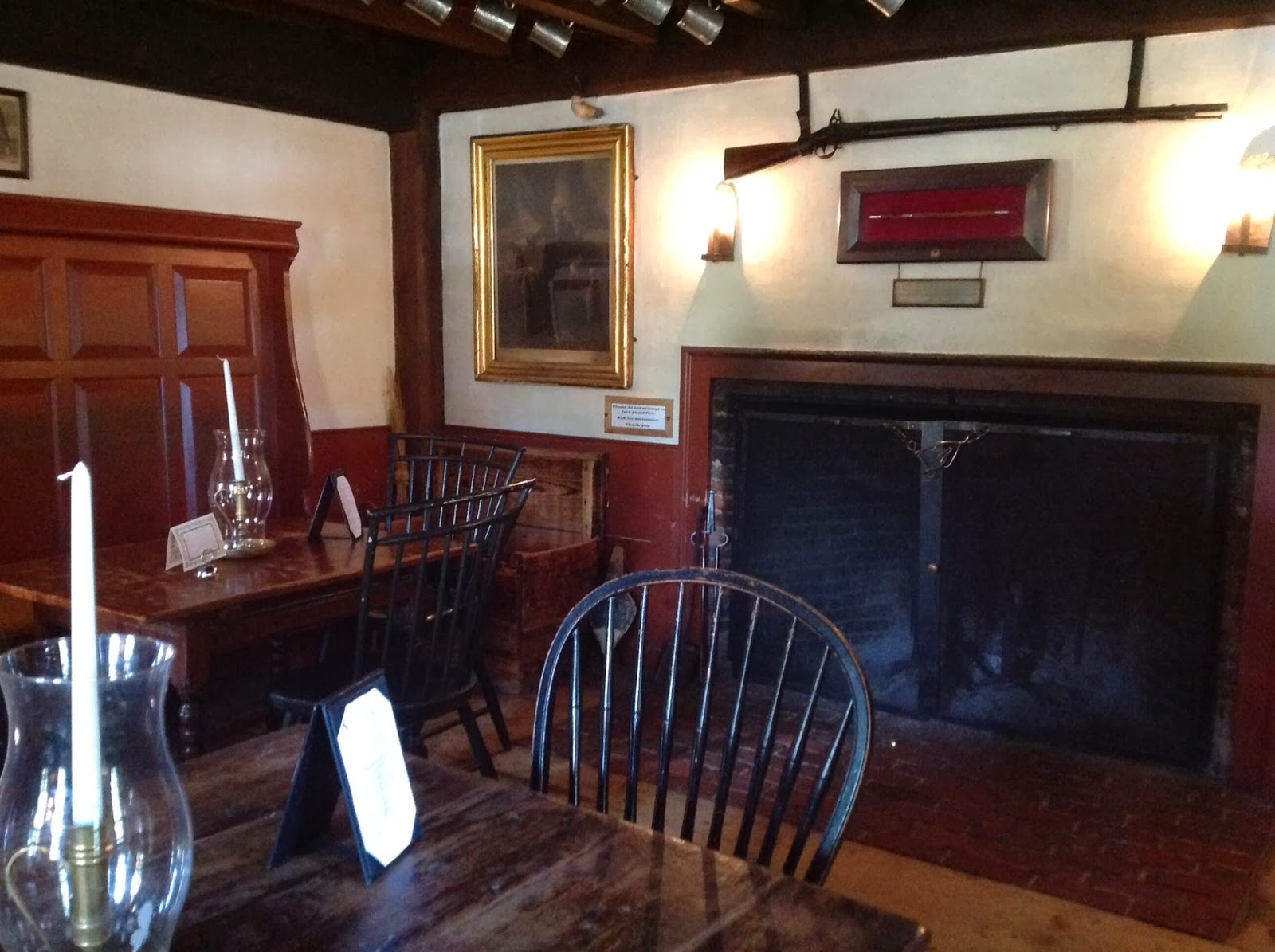 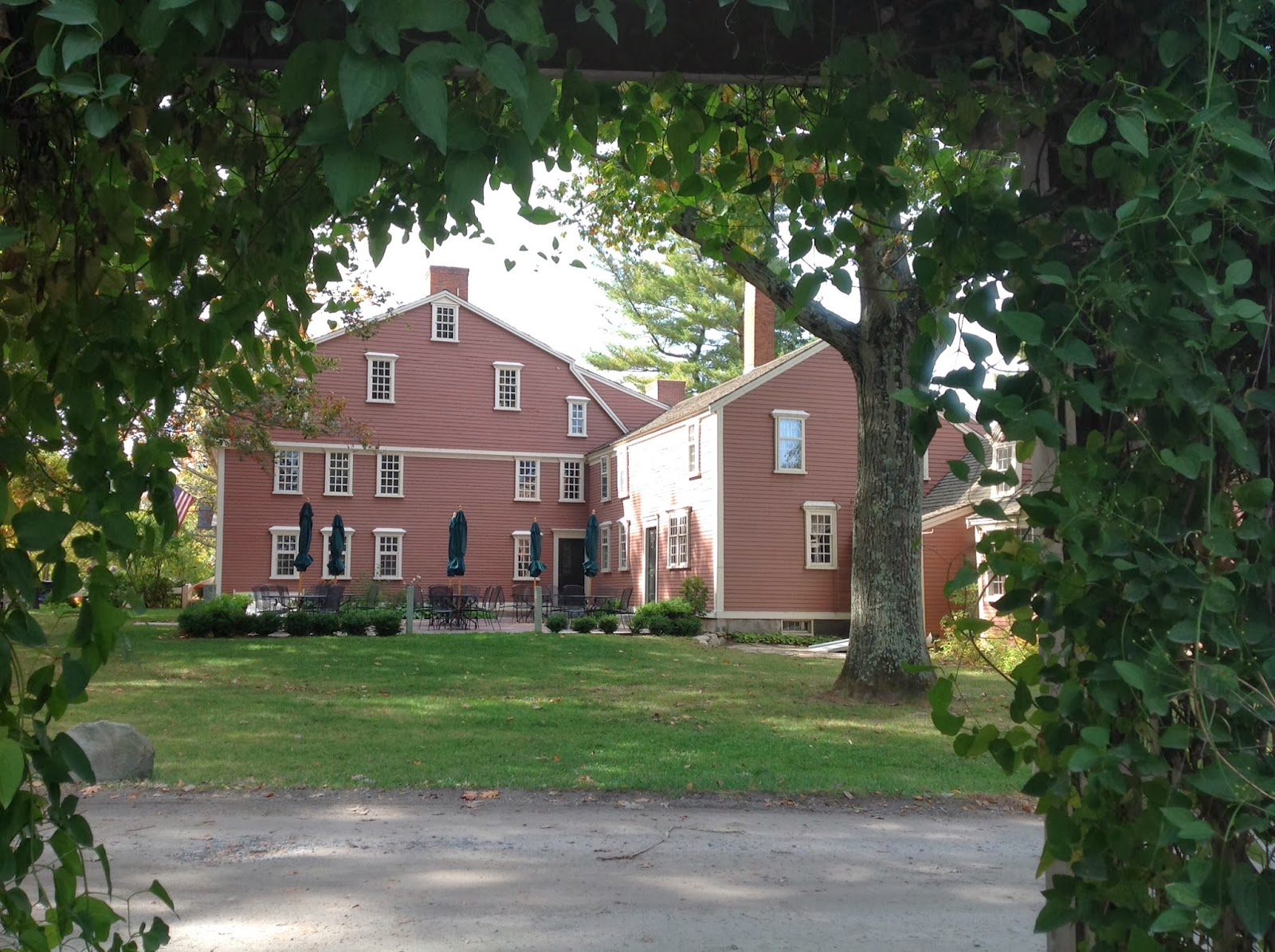 Side view from the garden.