There Is A Lot to Like About Lowell -- Lowell High School, A Unique School With Lots of History

A few days ago, I learned that the Lowell High School class of 1965 was having their 50th reunion this coming weekend. My friend shared with me the planned events, and one of them is to tour their old High School. I was fortunate to tour it, in June and since I didn't attend school here, I was happy to join a large group one Saturday morning to see where my husband went to school. Of course, I took lots of photos. This is for the former students to relive their memories. 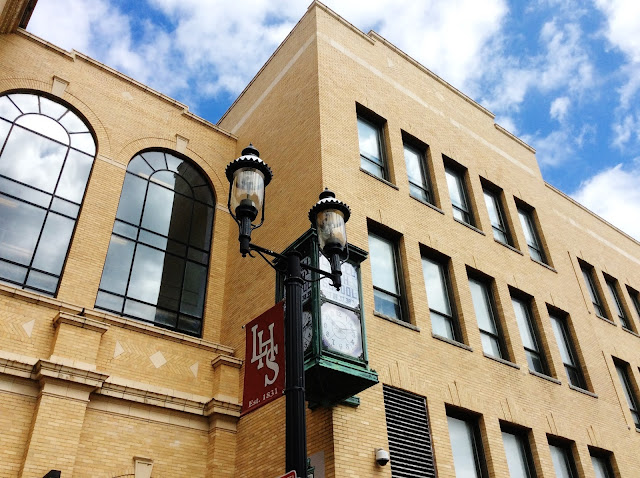 These two photos show part of the original building built in 1922. This is on Kirk Street. 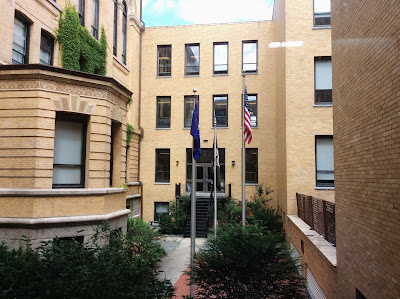 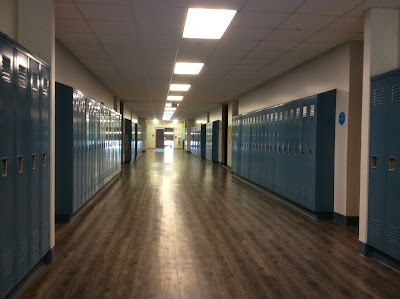 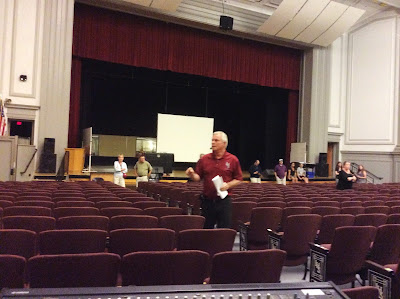 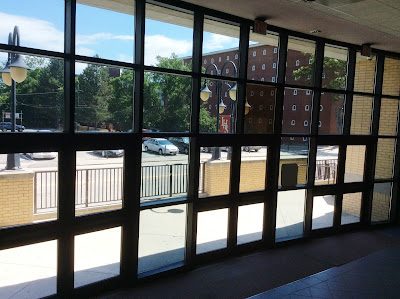 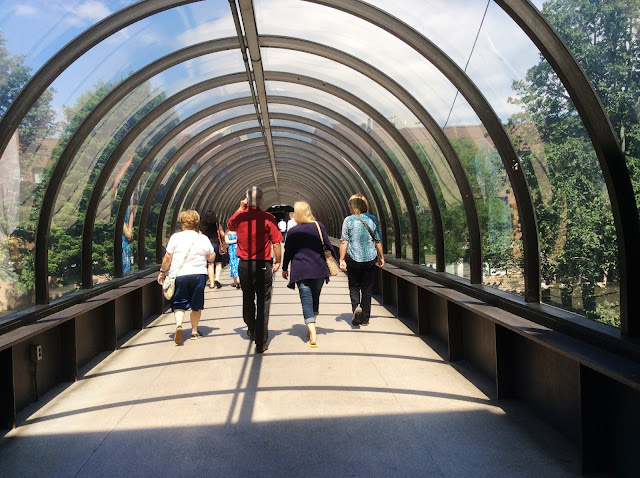 There are two covered walkways or bridges that cross over the historic Merrimack Canal that connect the old building with the new one. It is probably the only school in the U. S. that has bridges, a canal, and National Park Service trolleys that pass by with tourists. 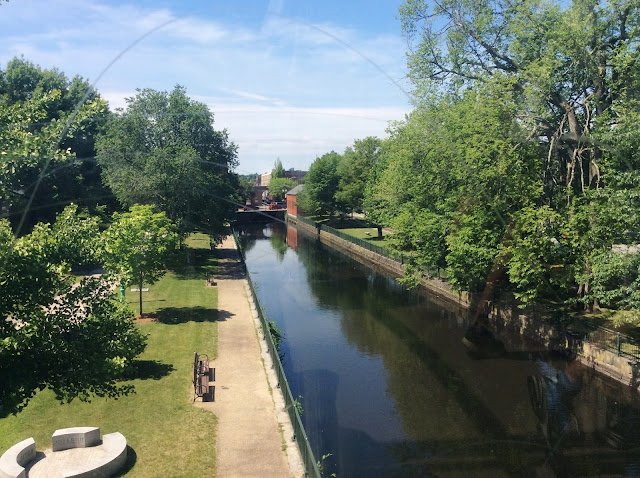 Taken as I walked over the canal to the new buiding, built in 1980. 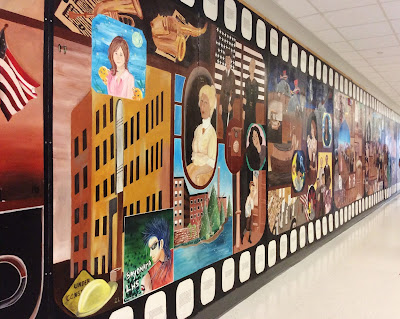 Artwork by the students, showing well-known people and buildings related to Lowell. 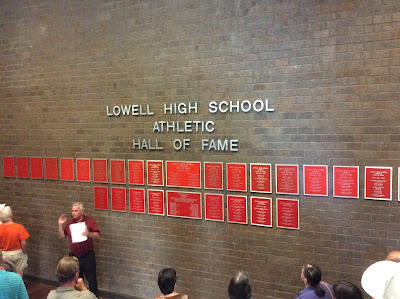 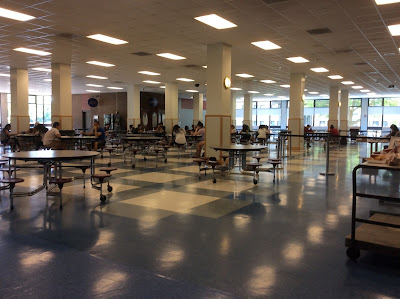 You need a huge cafeteria when you're serving over 4,000 students. Lowell only has one high school, and this is one of the largest in the United States. Many large cities have several high schools, but Lowell has just one. 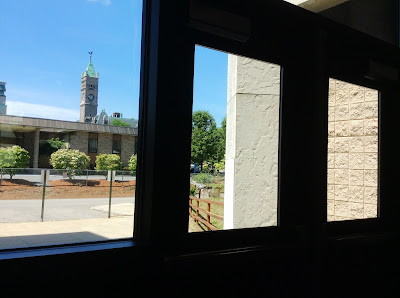 City Hall to the left. 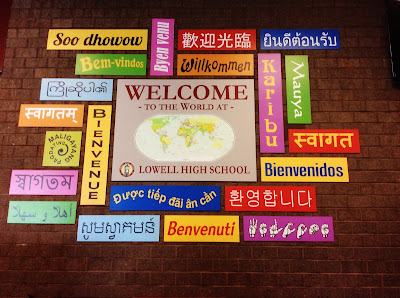 This sign (above) greets all of the students from 40 different countries.
Below, is a diagram showing plans for a possible new addition. 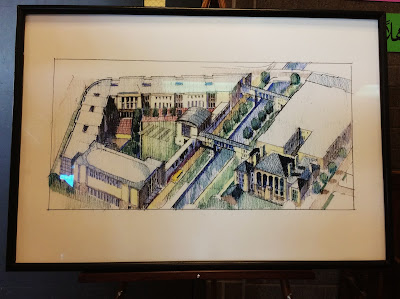 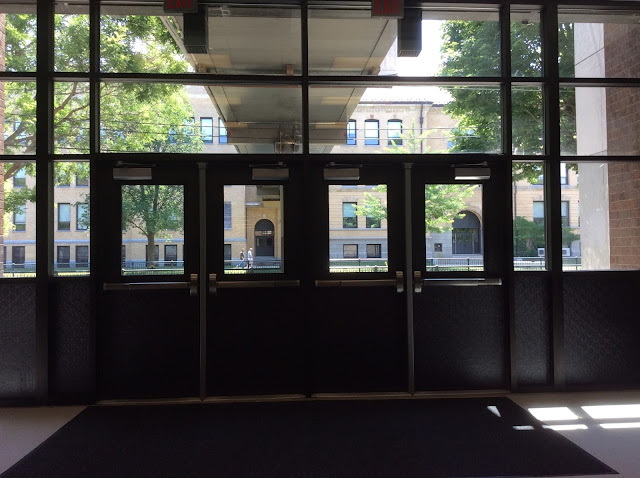 Leaving the new building and looking out at the old one. Once the doors are open, you'll see the trolley tracks and a small park. The covered walkway is shown above the doors. 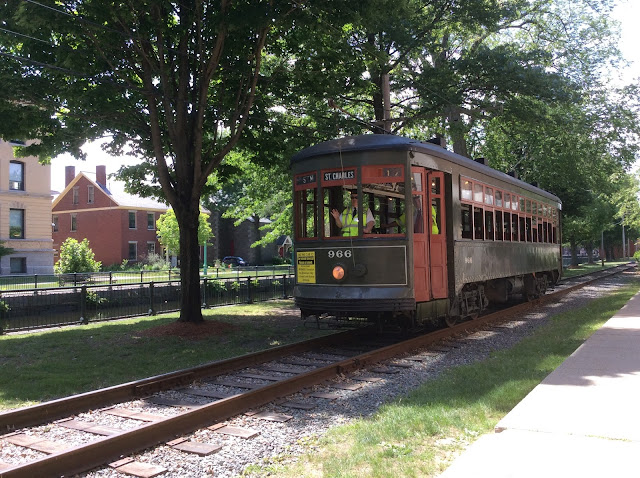 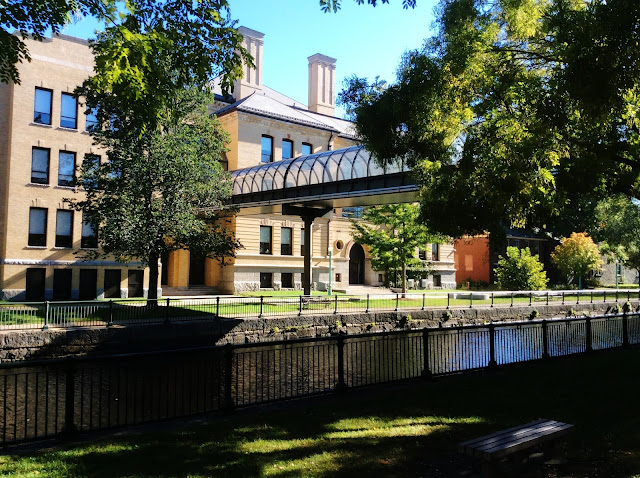 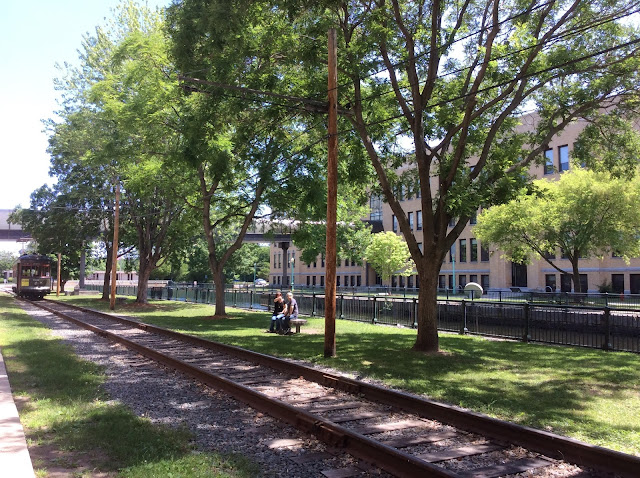 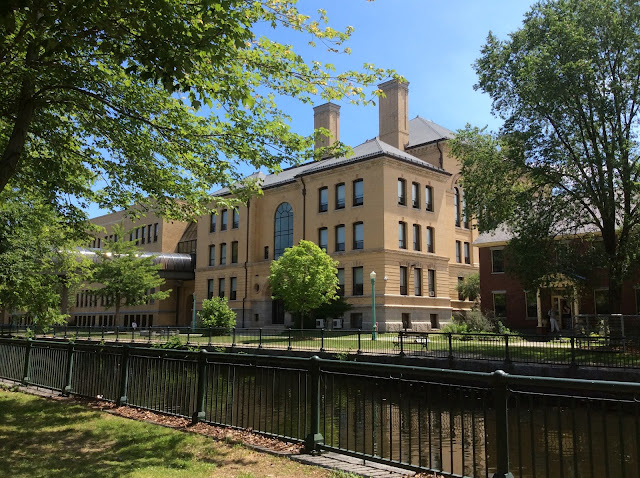 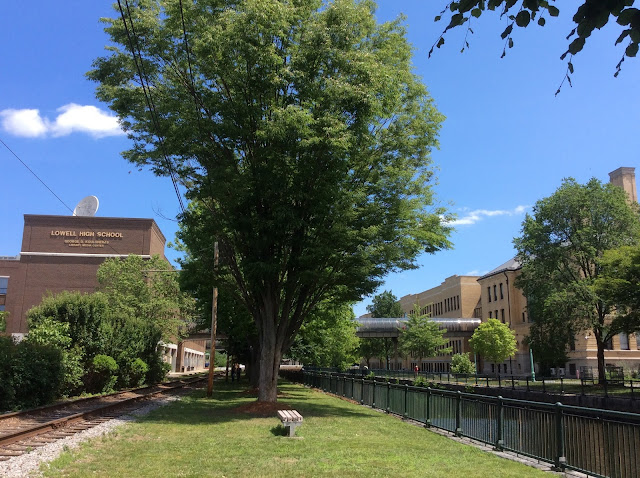 New Building is on the left, above and below. 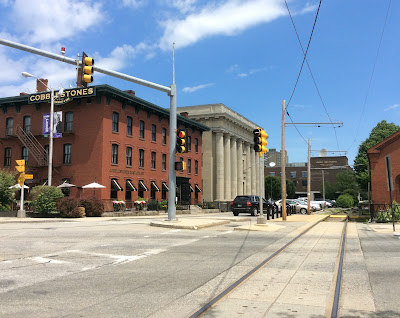 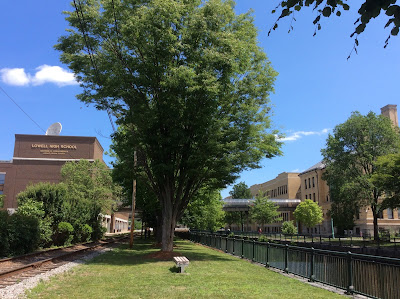 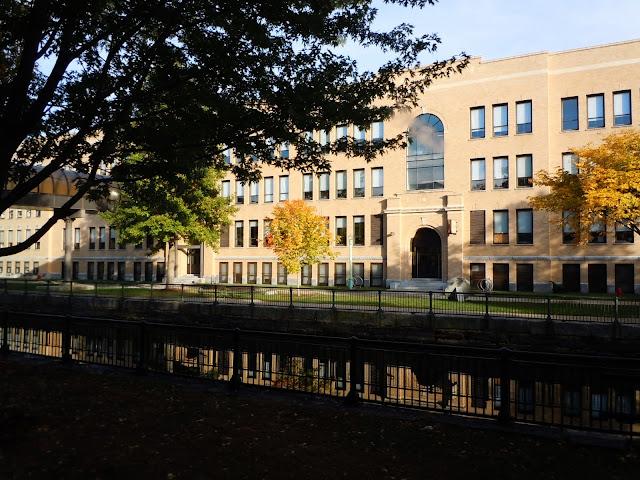 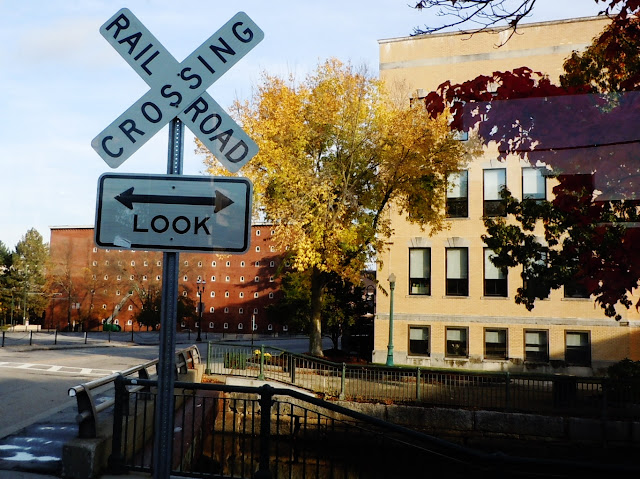 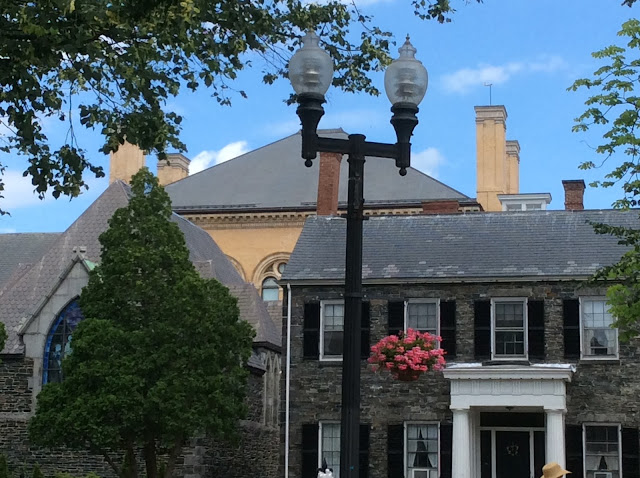 The size of the original school can be seen from blocks away. The view below was taken from Merrimack Street looking up Kirk Street. 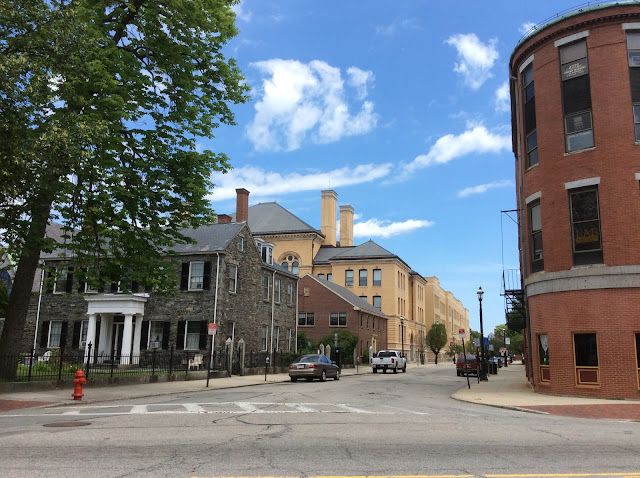 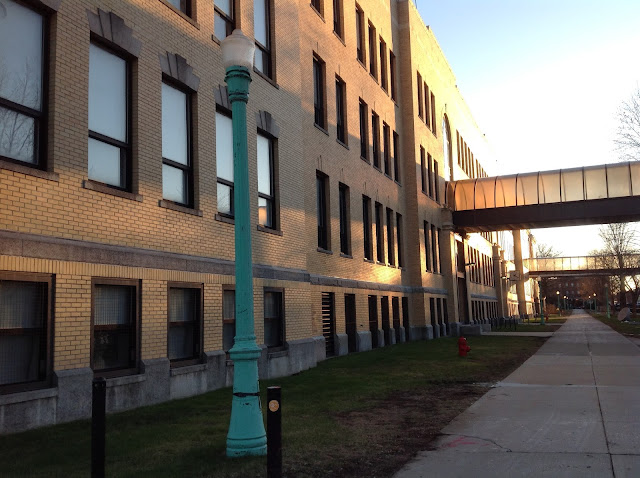 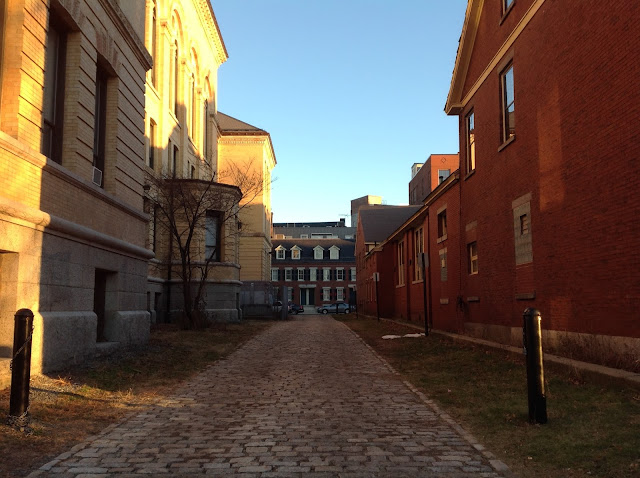 "Lowell, Massachusetts was incorporated as a town in 1826 and Lowell High School opened shortly after in 1831. One of its earliest homes was a small brick building on Middlesex Street owned by the Hamilton Manufacturing Company.From their inception, Lowell's public schools were integrated. African American Caroline Van Vronker was a student at Lowell High School in 1843, at a time when every public high school in Massachusetts and the United States was segregated. In 1840, the high school moved into a new building located between Kirk Street and Anne Street along the Merrimack Canal.