Correction: From my original post of November 2, 2010, I stated Elizabeth's birth year as 1751, it should be 1750. In addition, her parents are no longer brick walls. With the help of a professional genealogist and historian, he discovered her parents were William Johnson and Elizabeth Wiley. These discoveries were made last week, and since tomorrow is the anniversary of her death, I thought I would repost this blog post.

Elizabeth's stone is directly in the middle. 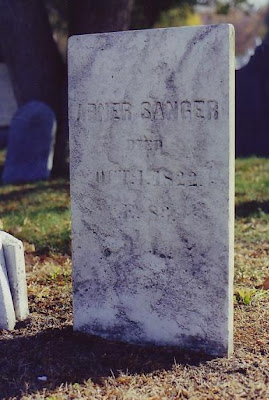 Abner Sanger was the husband of my 5th great-grandmother, Elizabeth Johnson Mead.
I wrote about his journals, see Very Poor and of a Lo Make. 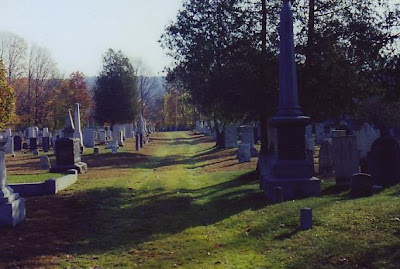