The City of Mill Girls and Immigrants

This door opens to the free Mill Girls and Immigrants Exhibit by the Lowell National Park Service, in Boarding House Park. I love this exhibit and have been quite a few times, not only to see the charming period rooms, similar to those that the Mill Girls lived in, but the Jack Kerouac exhibit, the display of a lot of Lowell memorabilia and an outstanding timeline of the wave of many immigrants who came to the city. 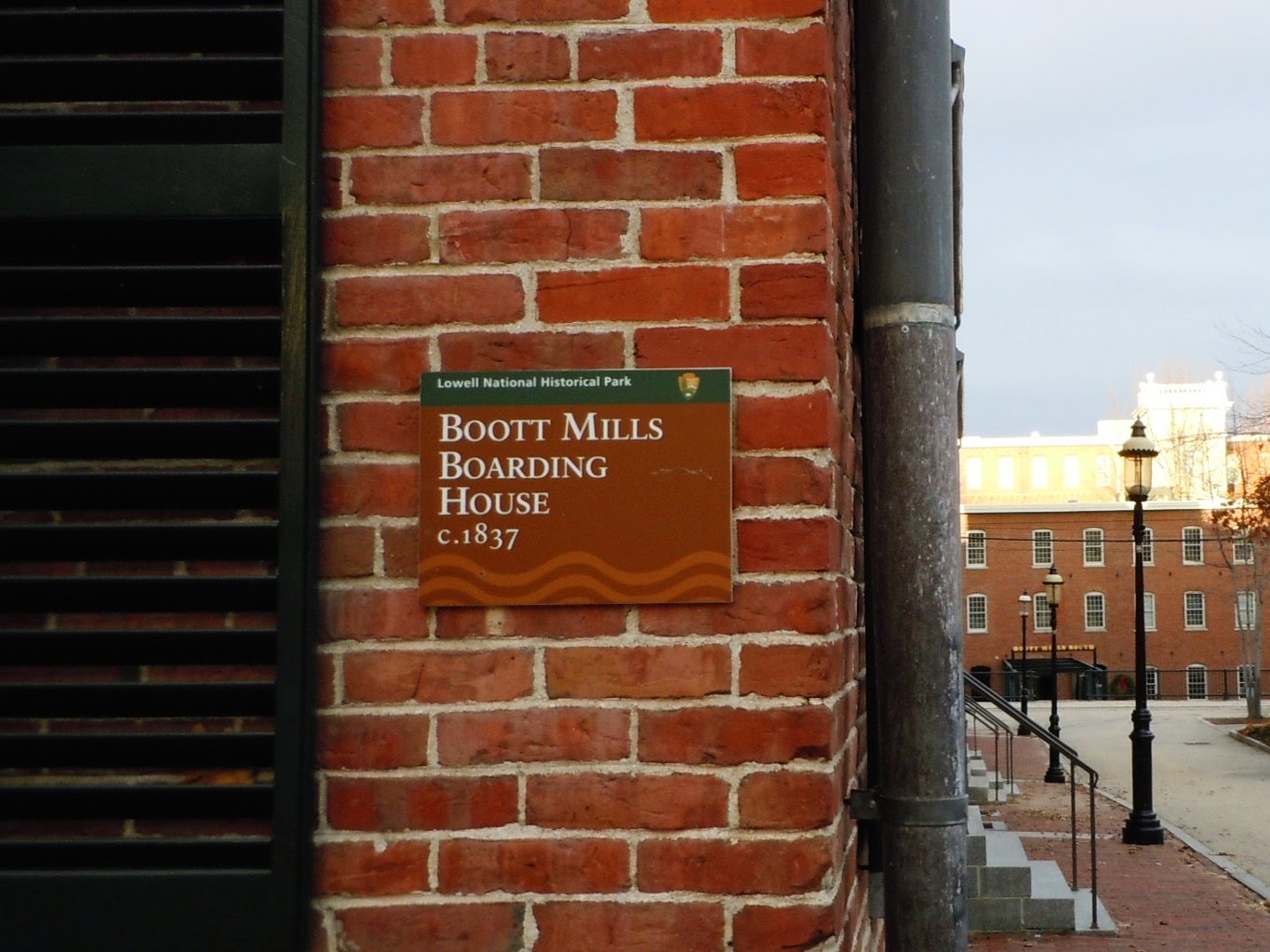 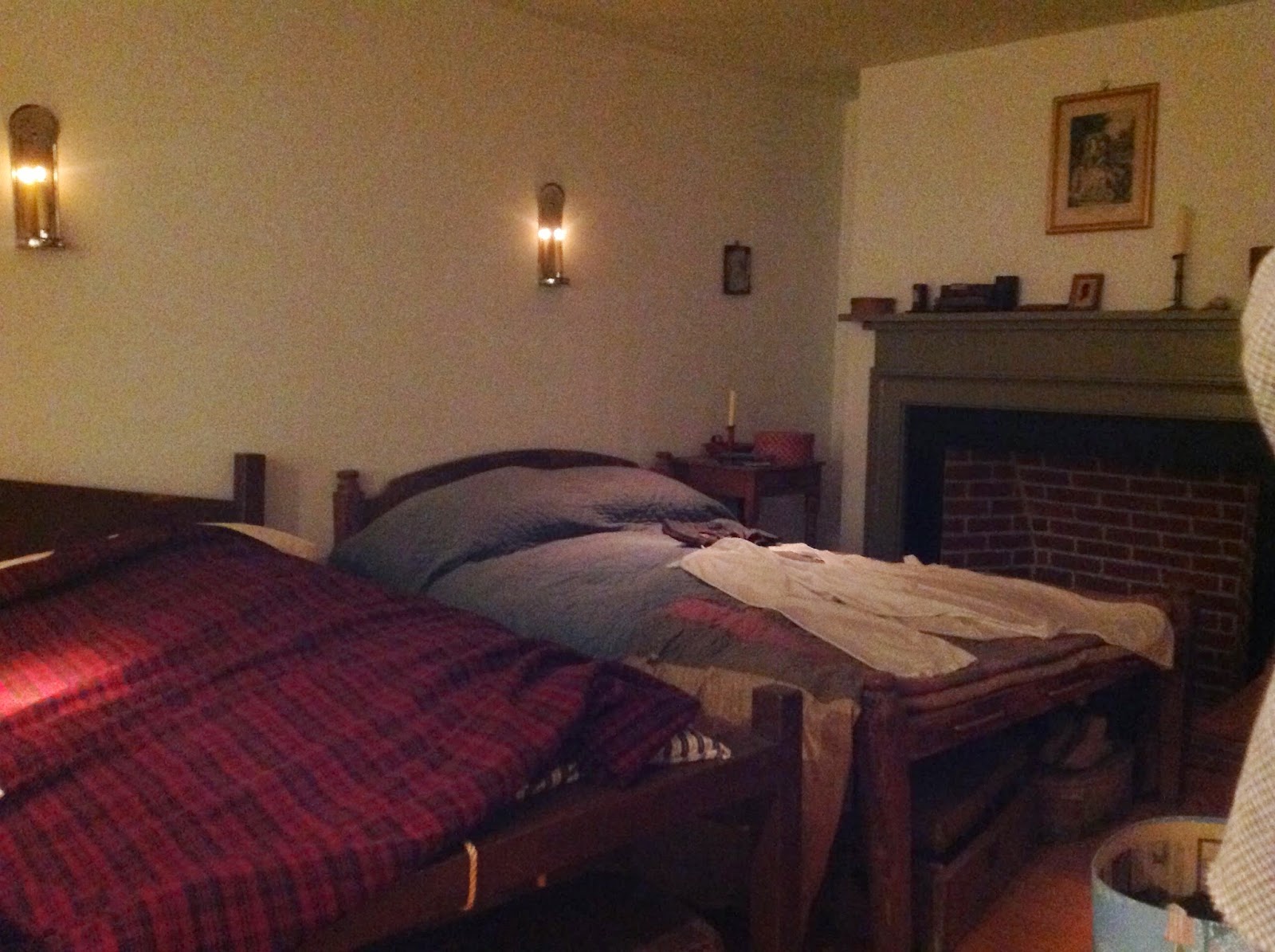 Bedroom for the Mill Girls (above and below). 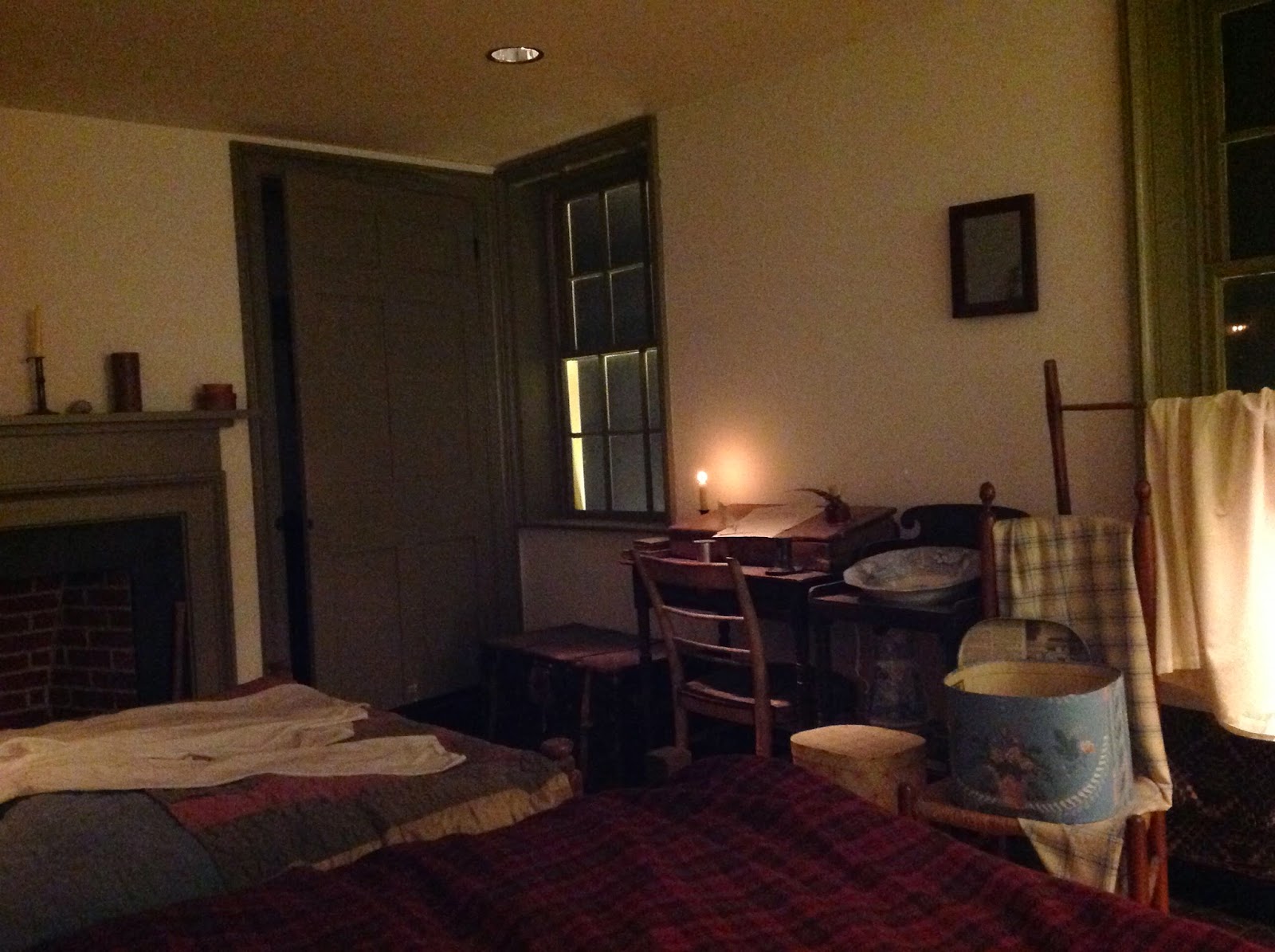 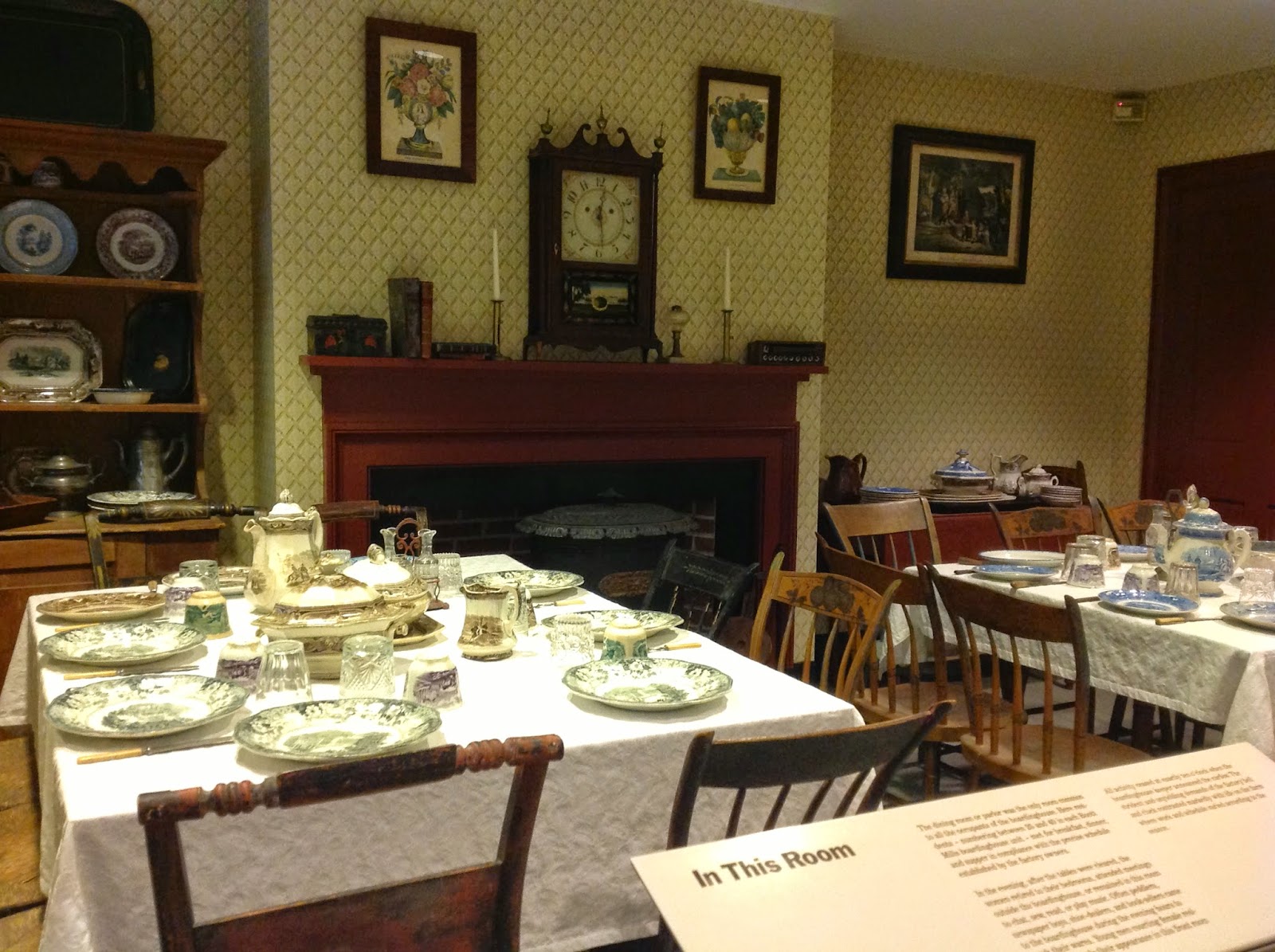 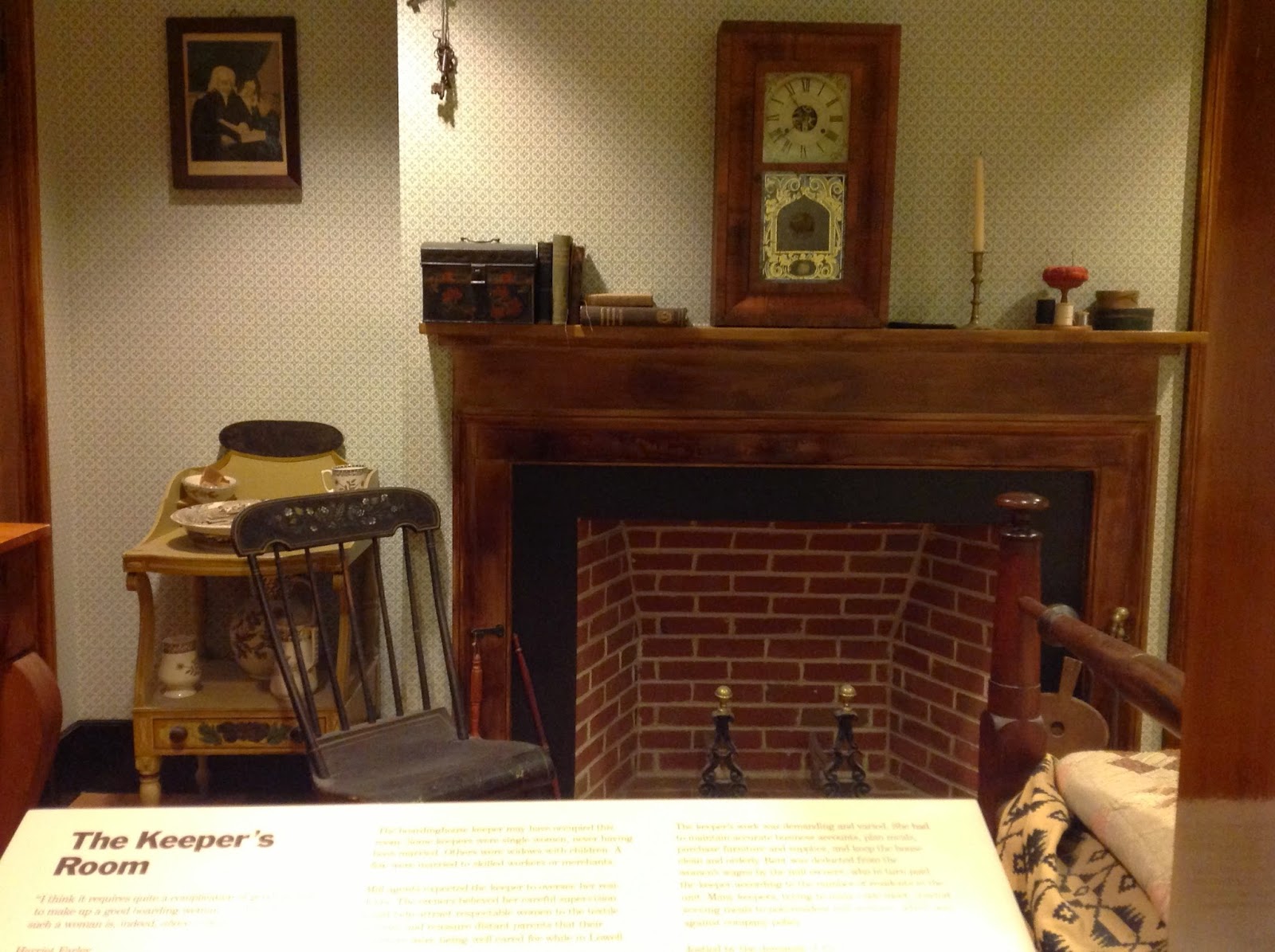 The Keeper's Room (above). 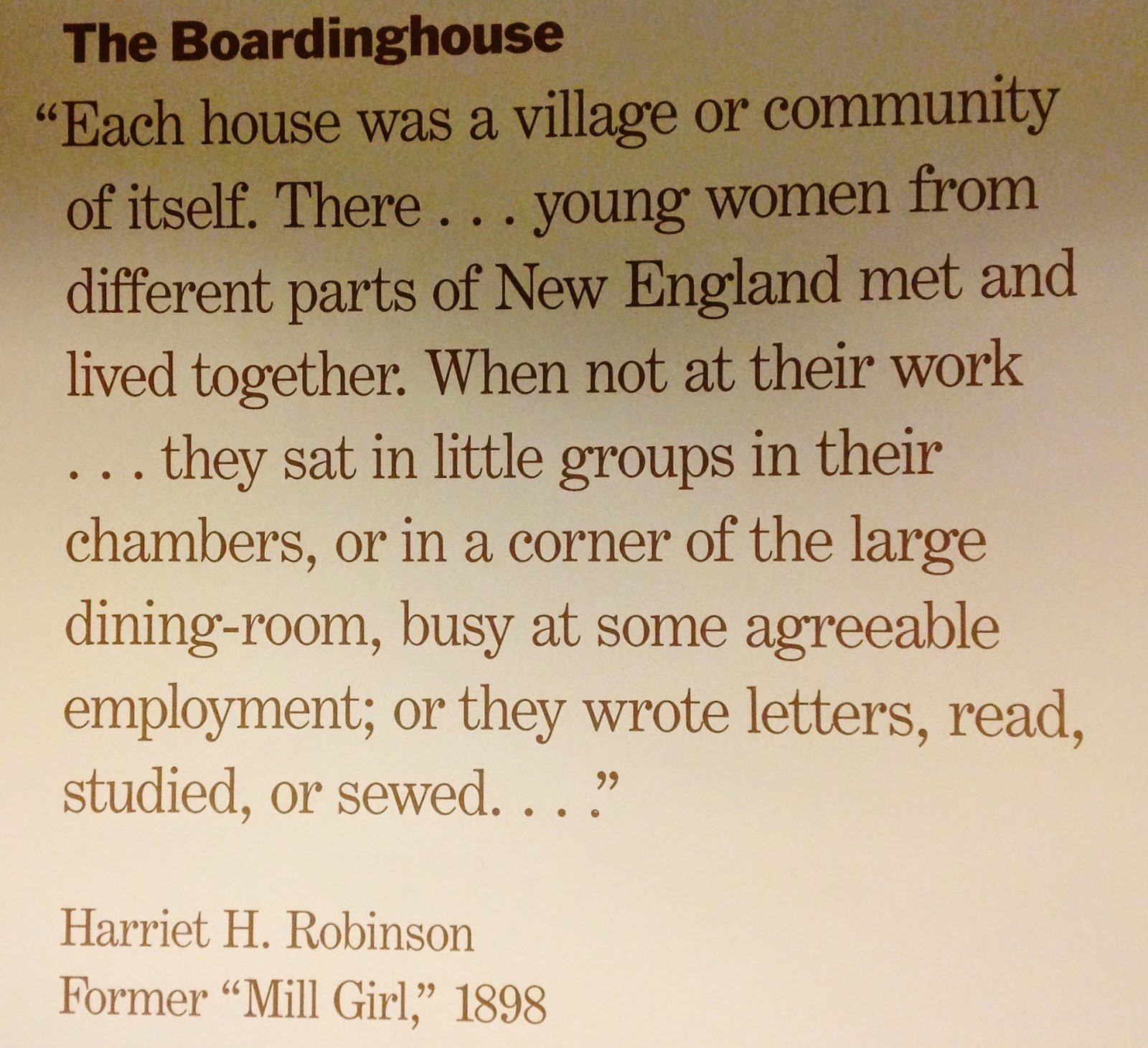 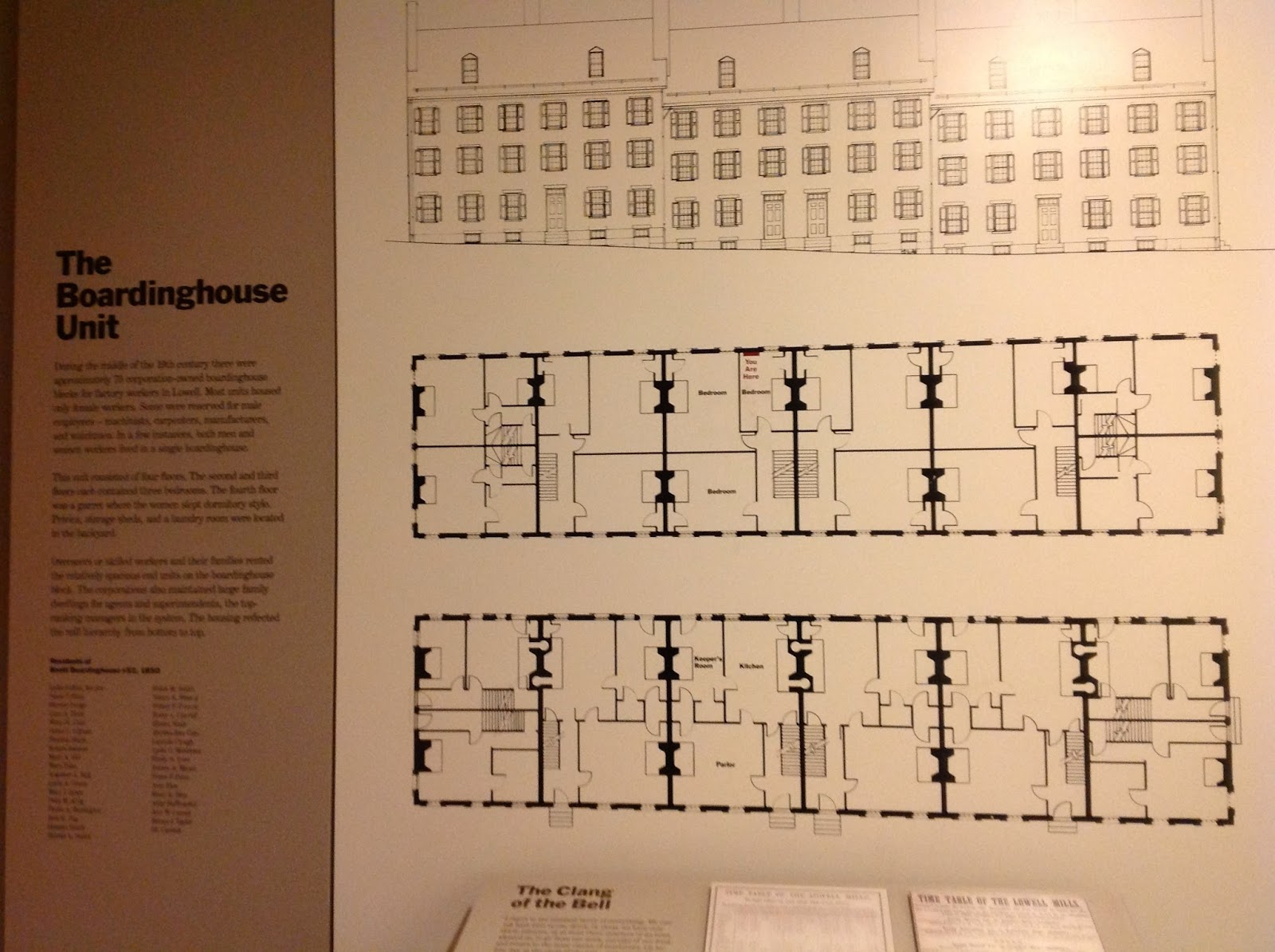 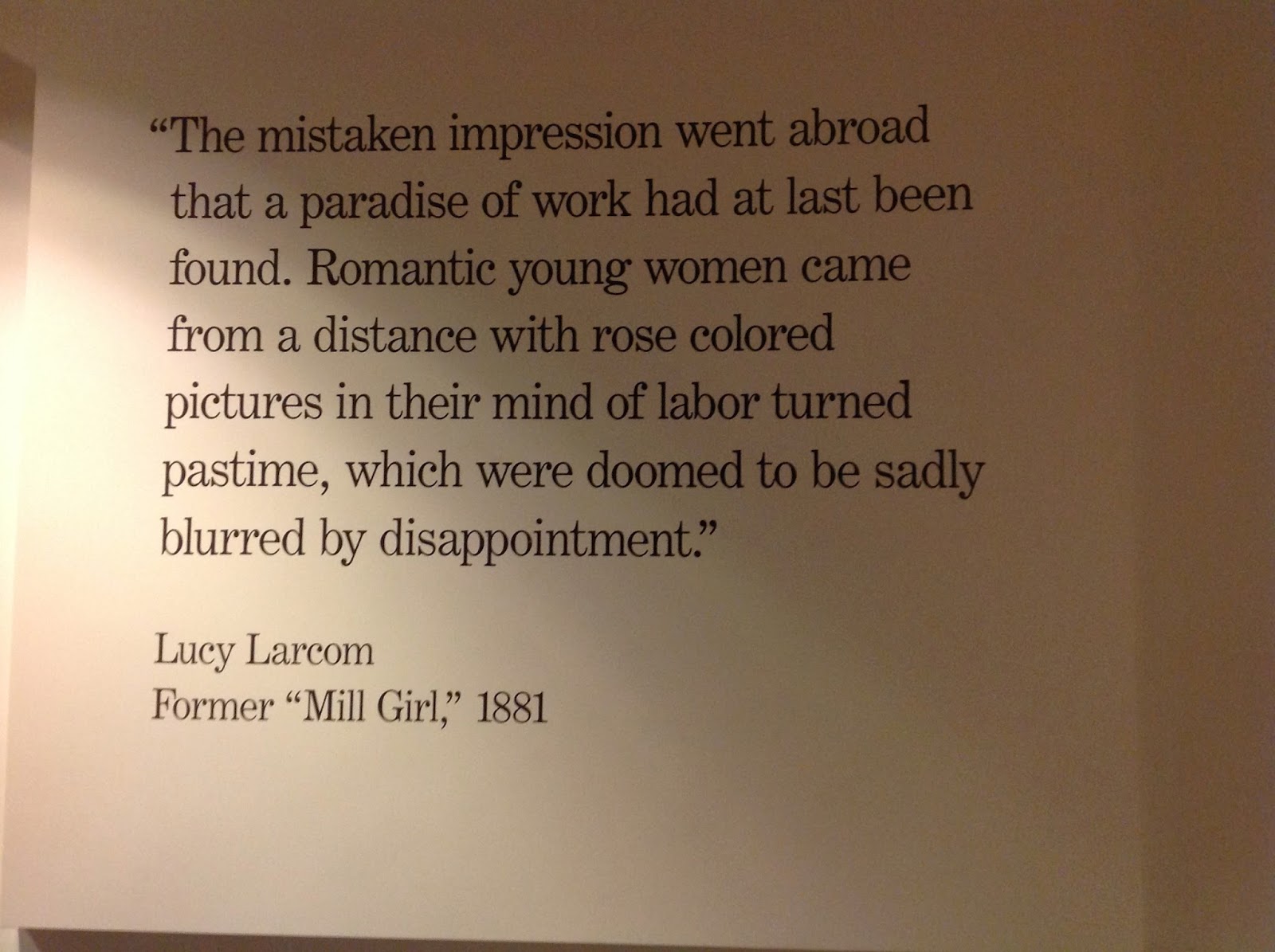 Partial display of some of the museum (below). These photos were taken in 2013 and December 2014. Repair work is being done on one floor, so the exhibit will be closed until late January. 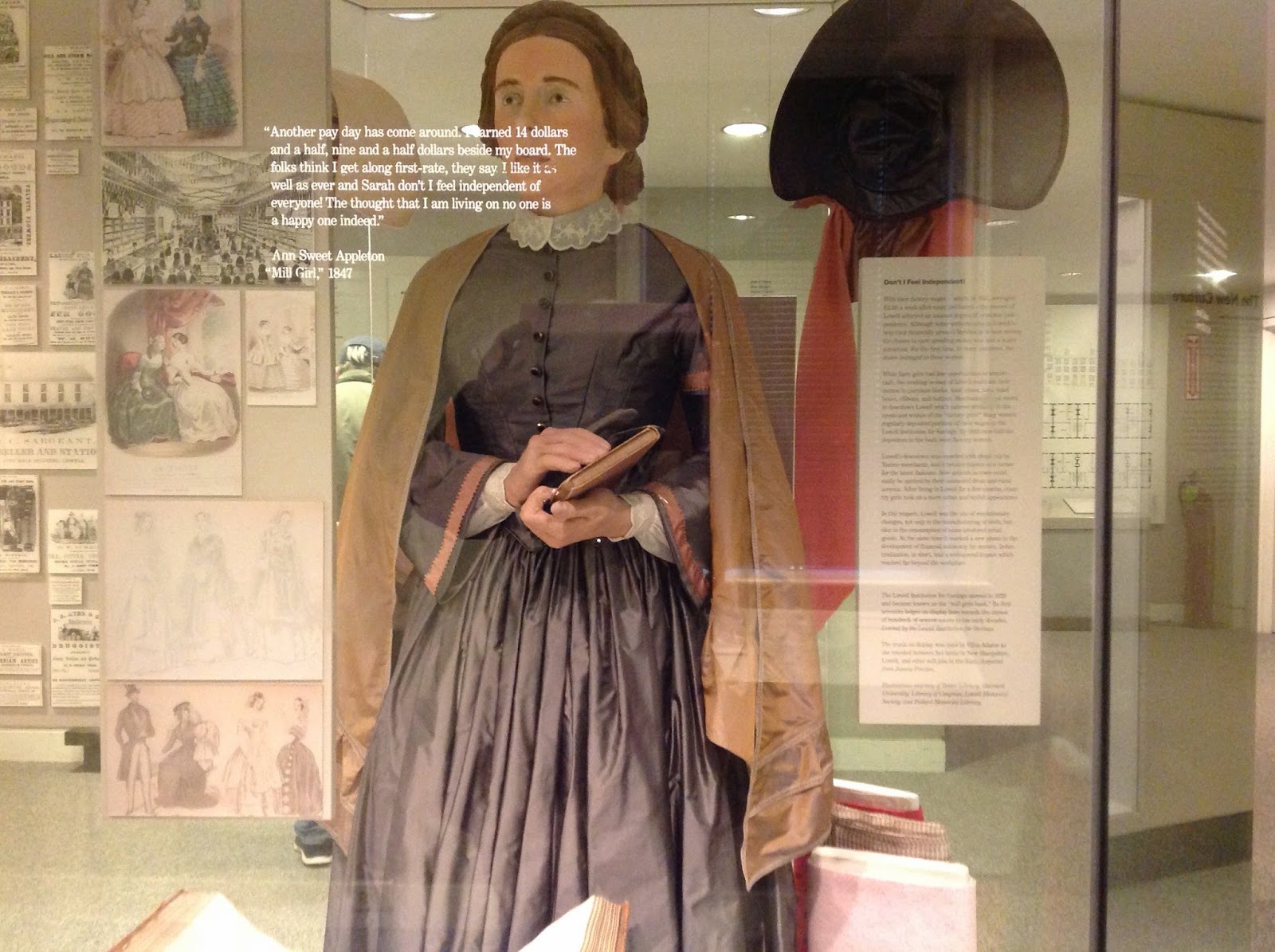 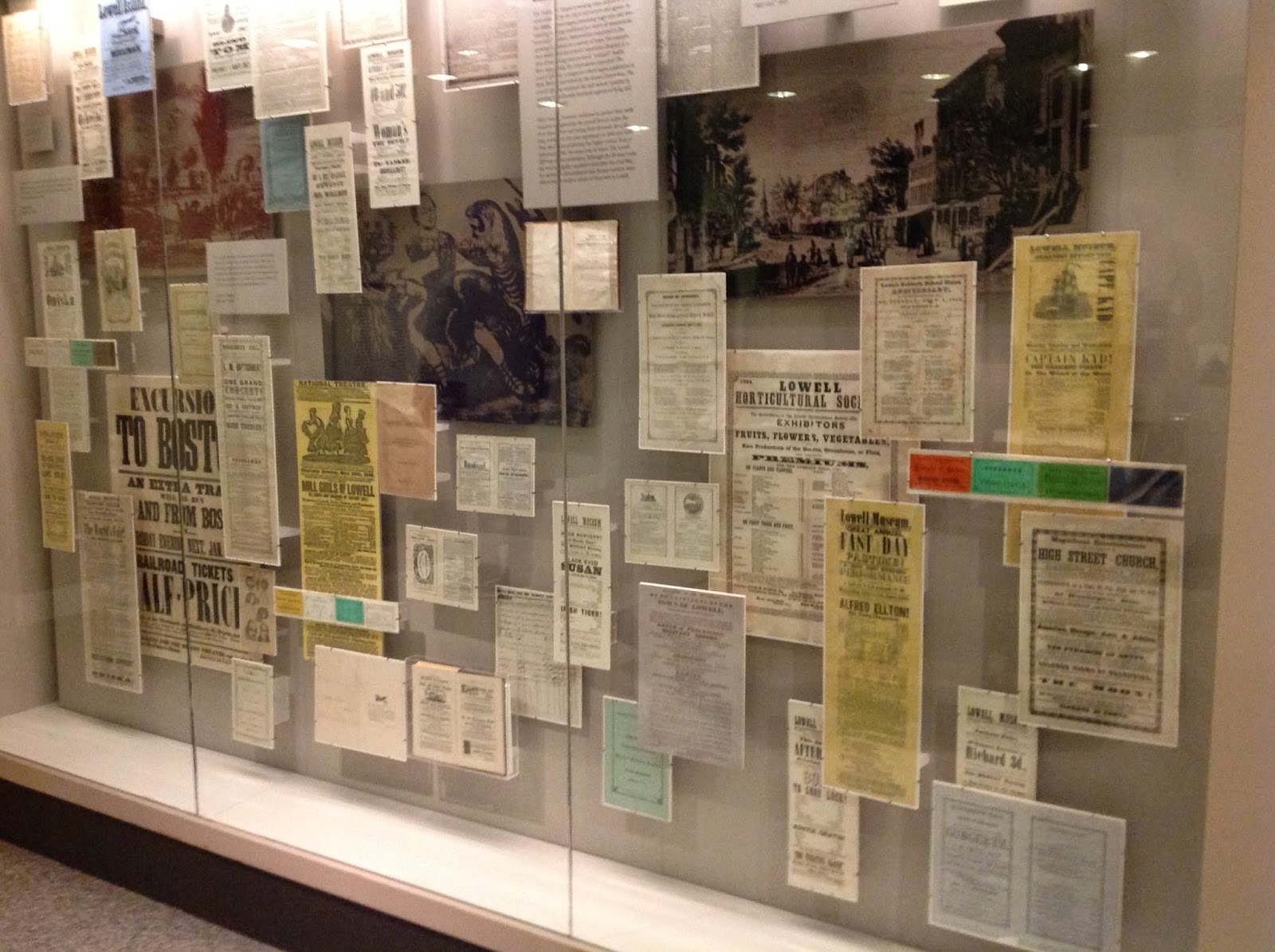 Signs and time tables for transportation to Lowell. 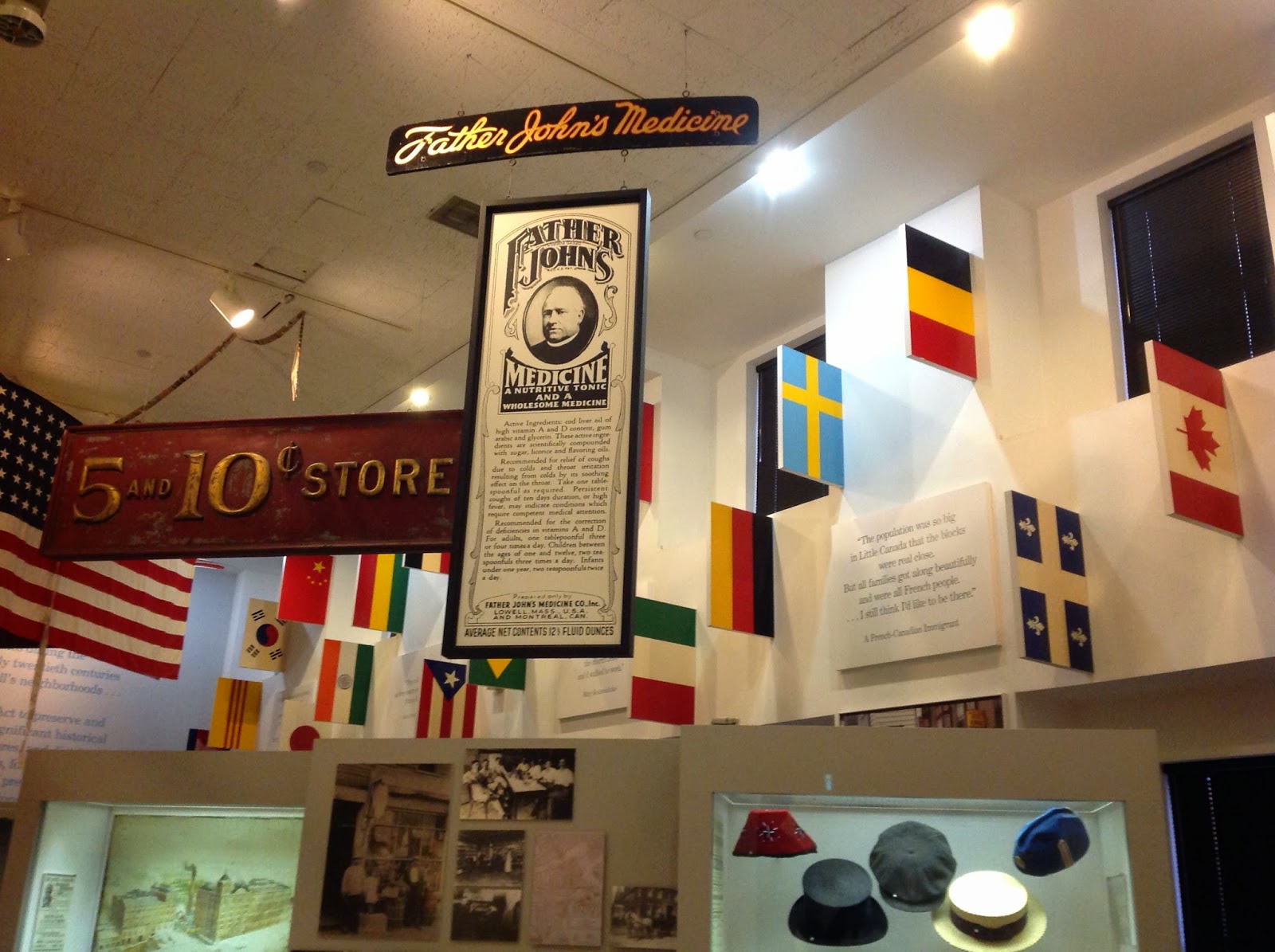 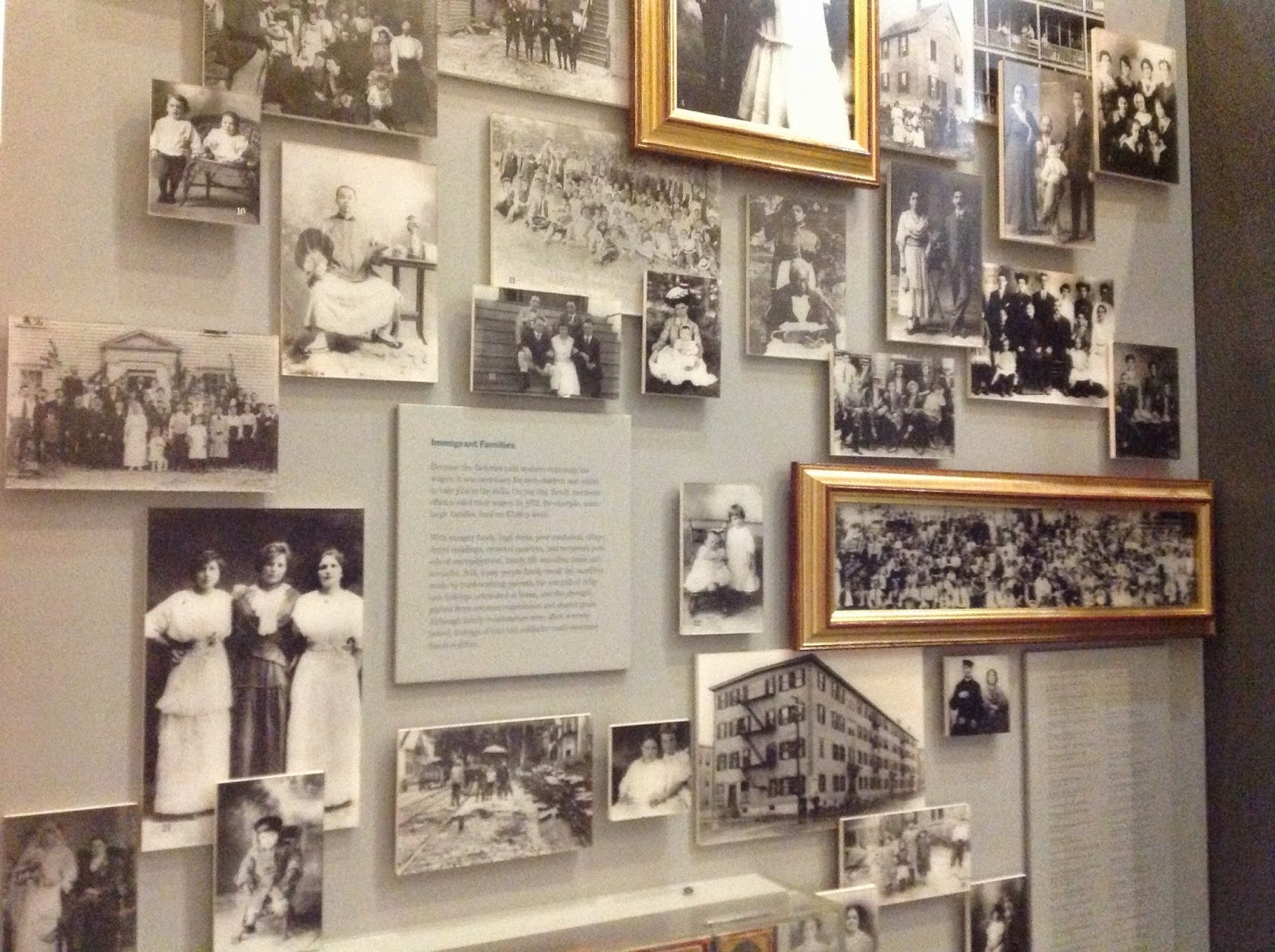 "A 1912 map of Lowell shows five major immigrant communities scattered in clusters around the city. Little Canada, which bordered the Northern Canal, had become the primary neighborhood for French Canadians. Greeks concentrated in the Acre along Market Street, while Poles, Portuguese, and Russian Jews had their own enclave within each of these areas, ethnic institutions evolved that catered to the needs of the immigrant group."  See: HERE for map and article in full.

"Because the factories paid workers extremely low wages, it was necessary for both children and adults to take jobs in the mills. On pay day, family members often pooled their wages. In 1872, for example, some large families lived on $7.00 a week." 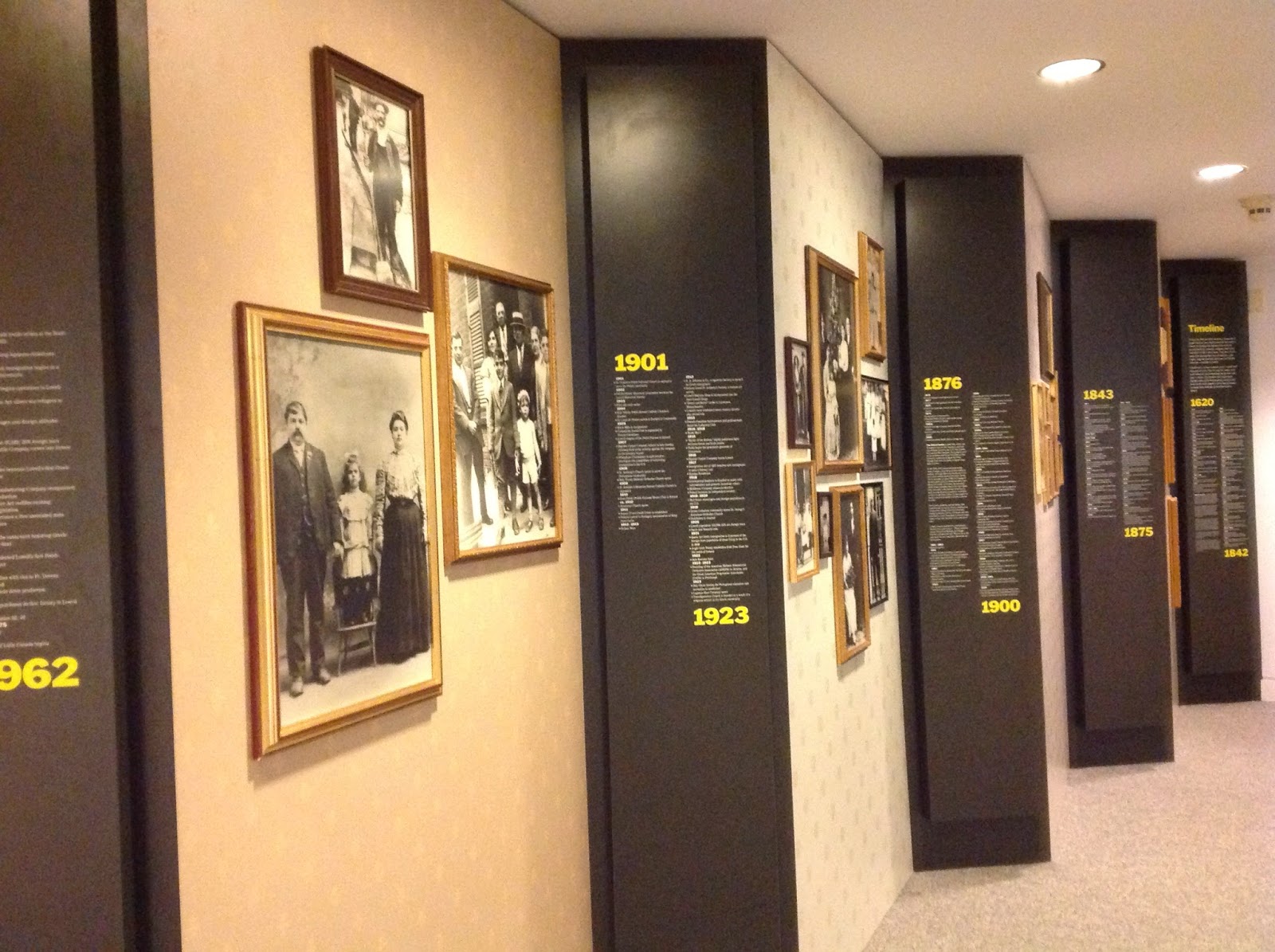 Timeline of Lowell.
Great display of old family photos. If you are working on your family history, and your family or ancestors lived in Lowell, this exhibit is a must to see. 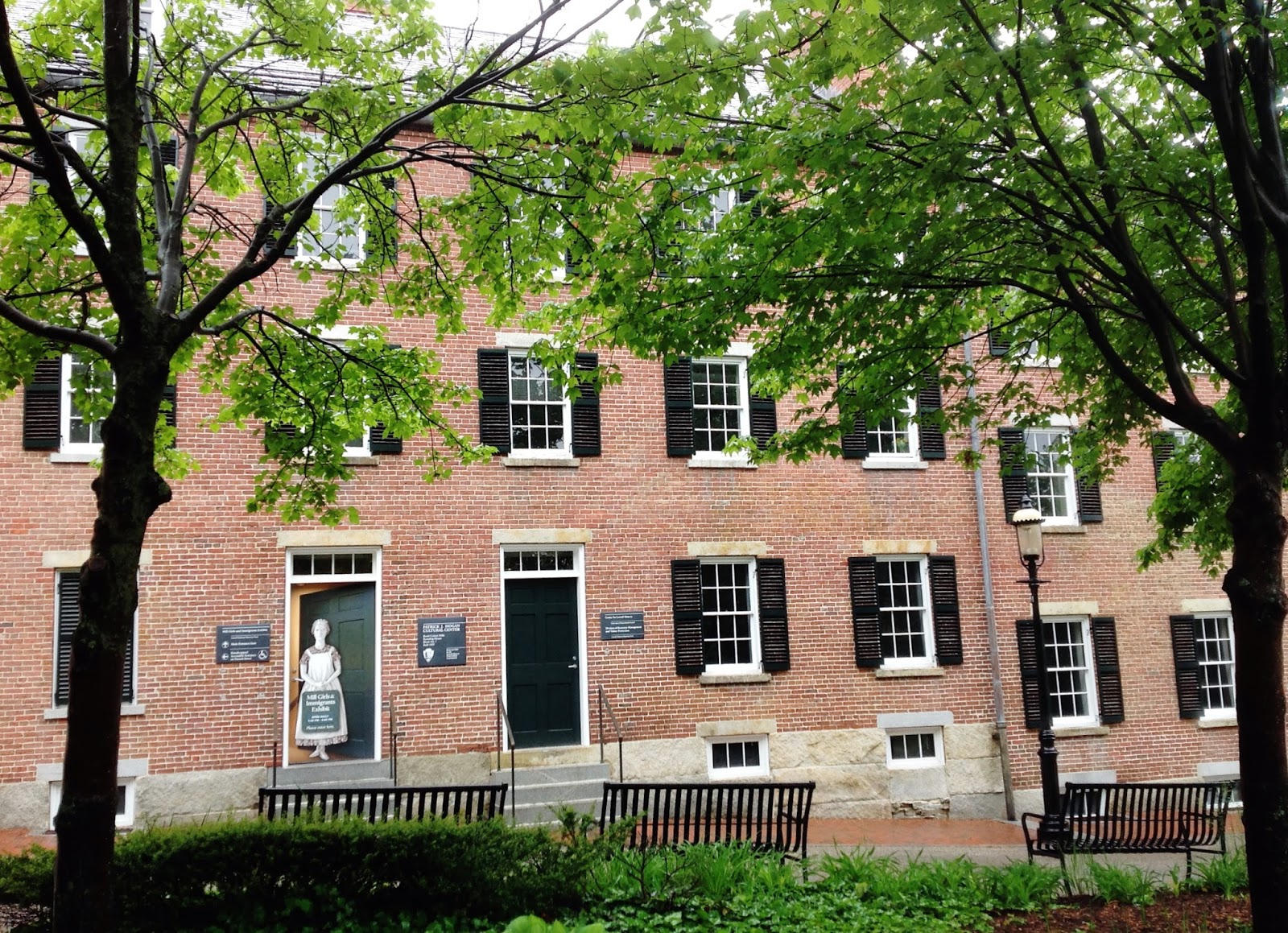 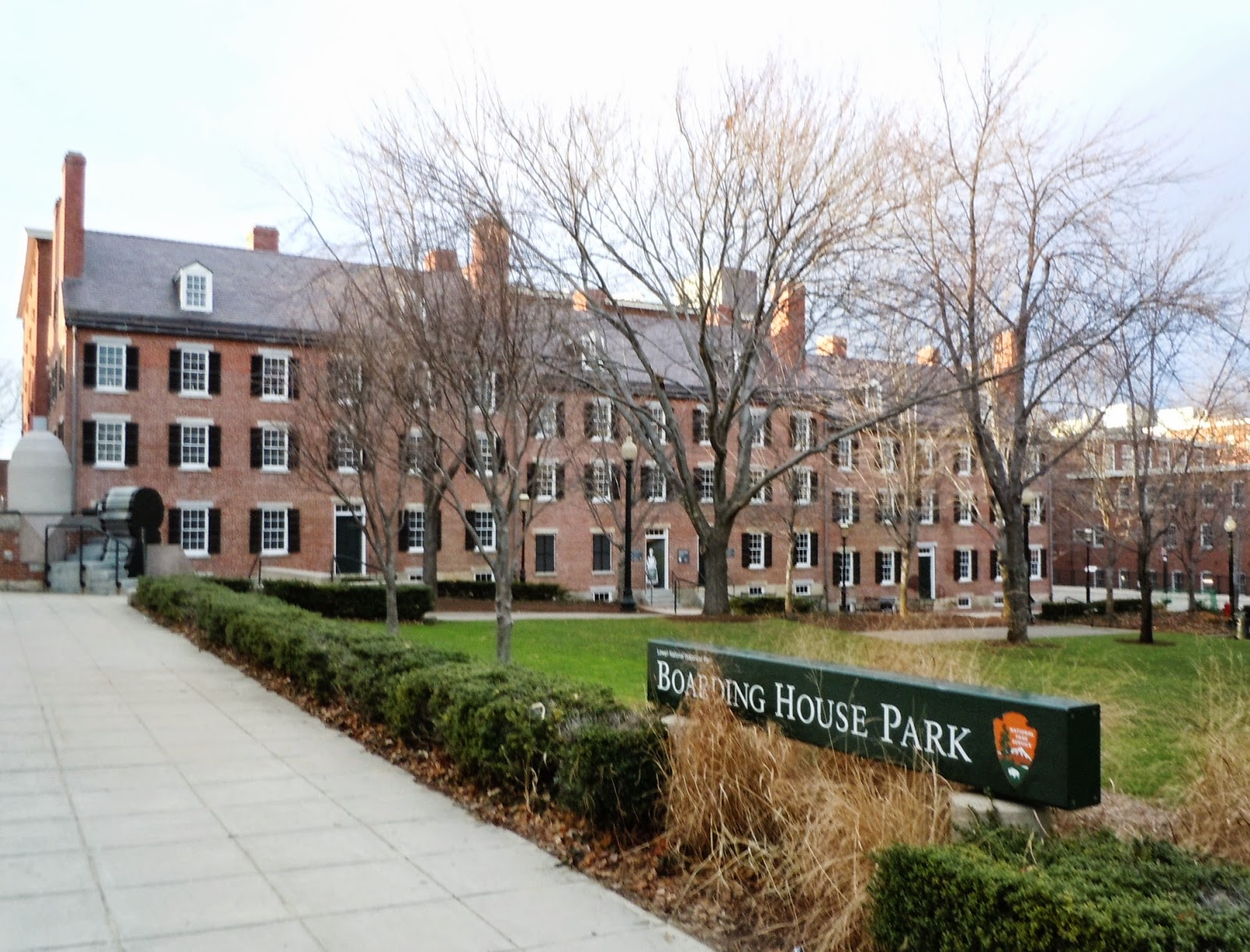 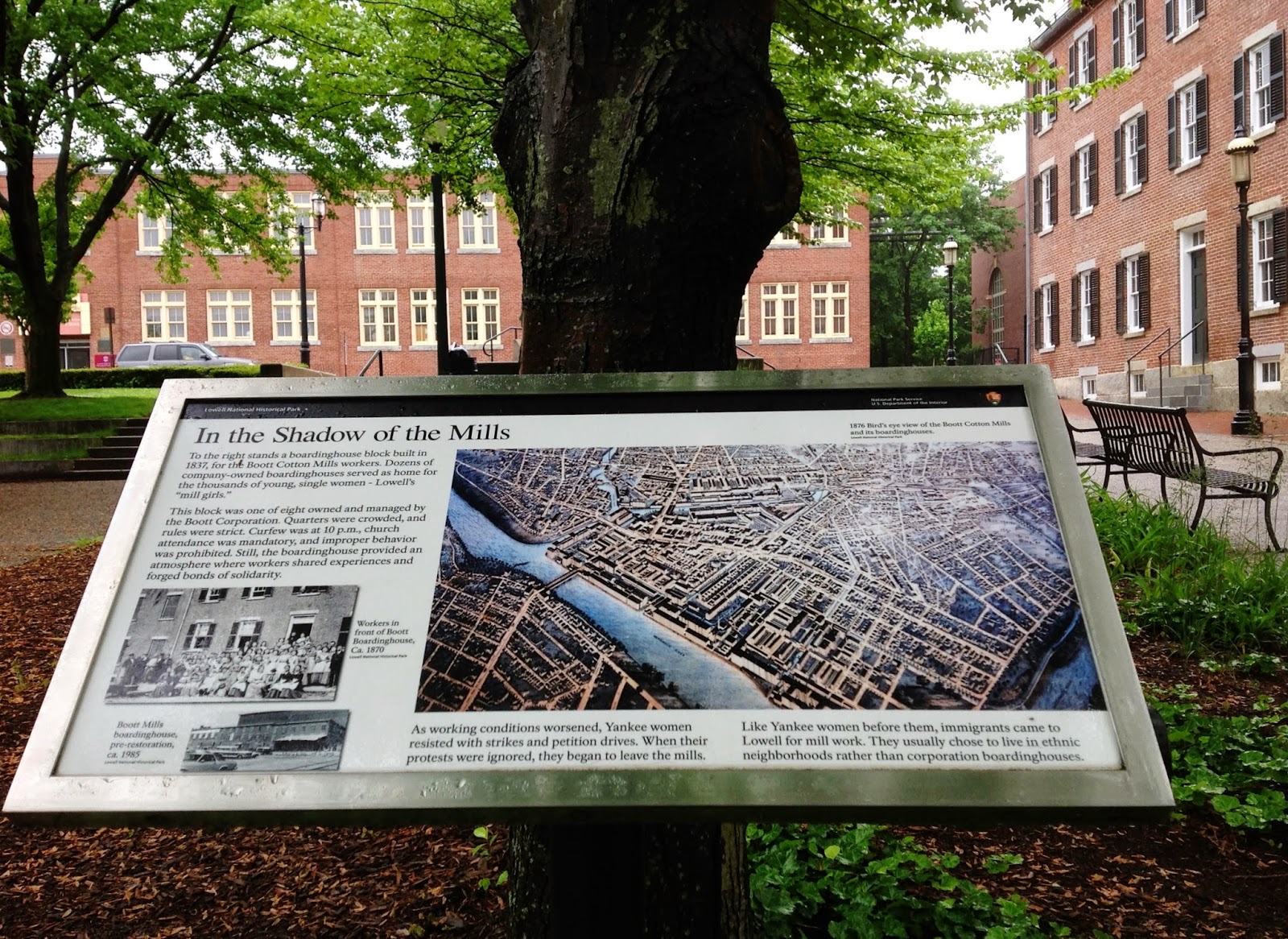 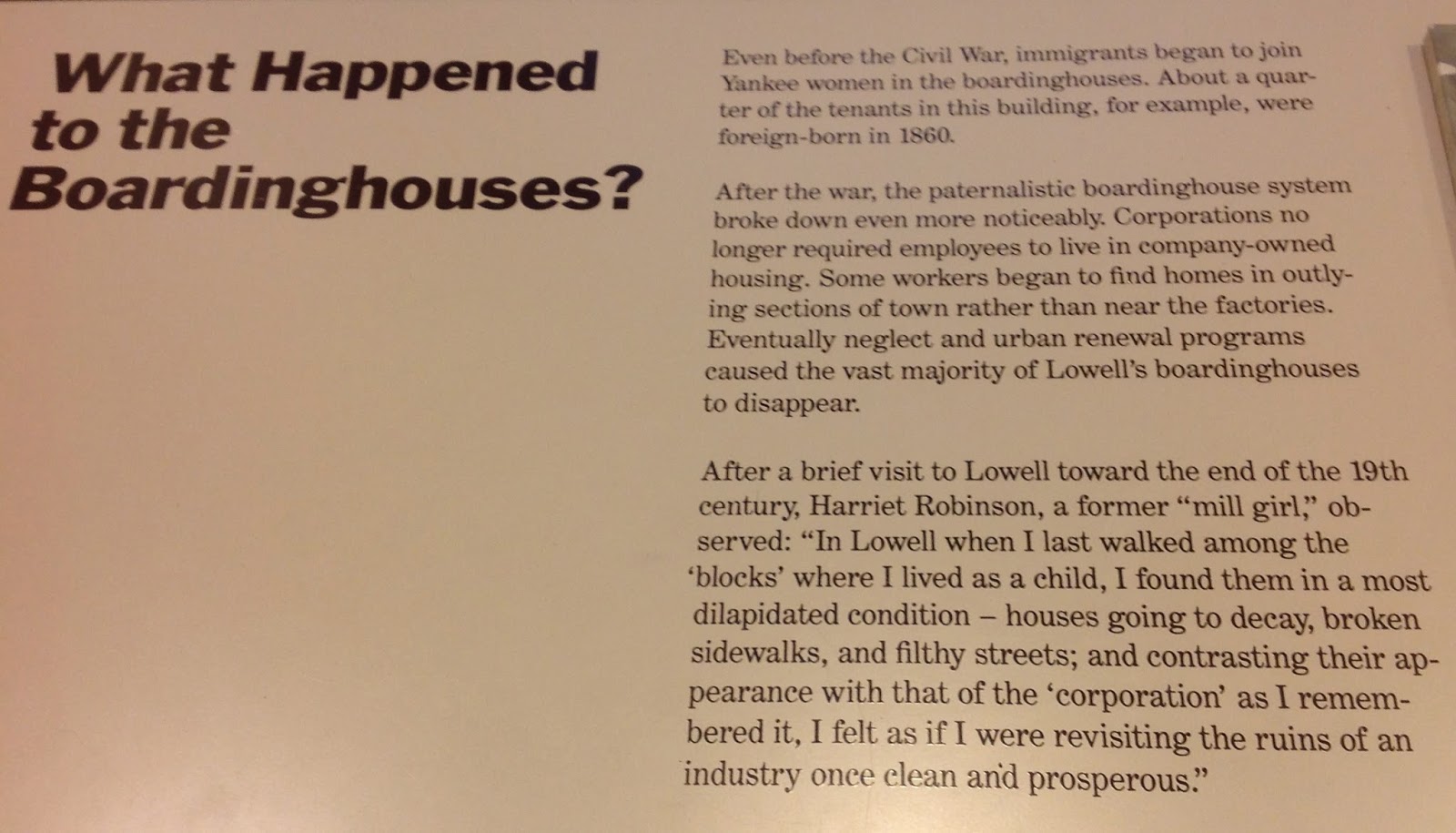