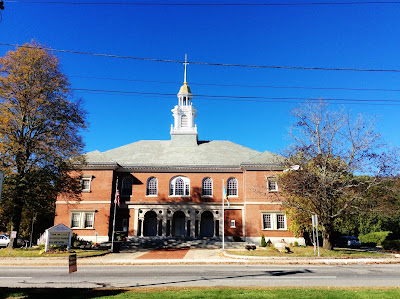 The Billerica Public Library
15 Concord Road
Billerica, Massachusetts
The above building was built in 1895 (that being the 3rd town hall) and used by the town offices until 2000. Both the city hall and library needed to expand, so a new city hall was built, and the old library moved into this building. 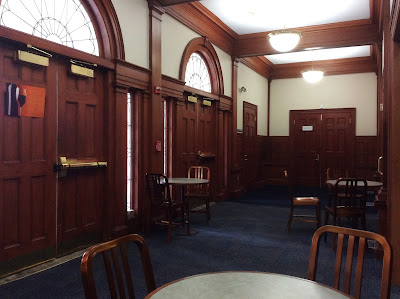 Front entrance. Below are photos of the beautiful building. 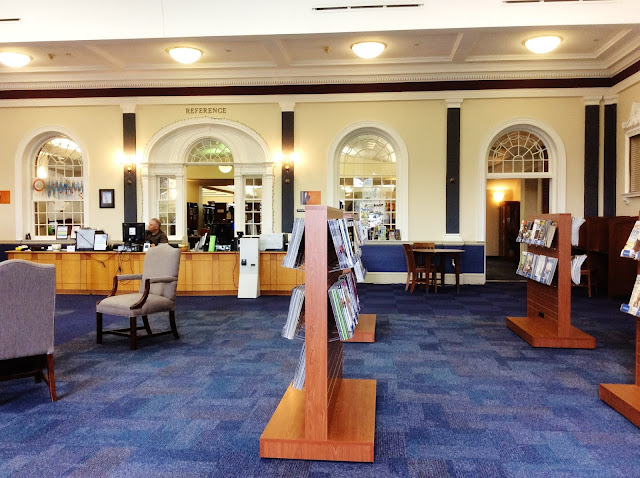 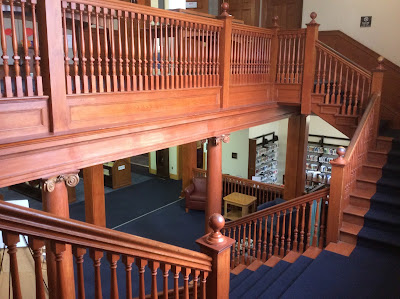 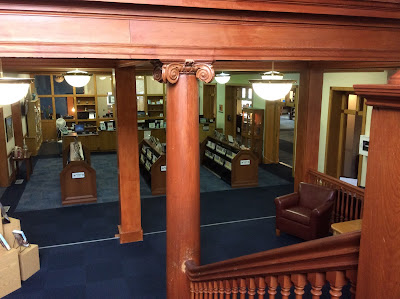 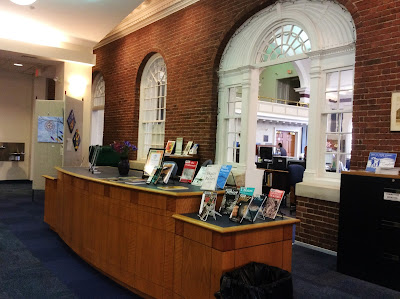 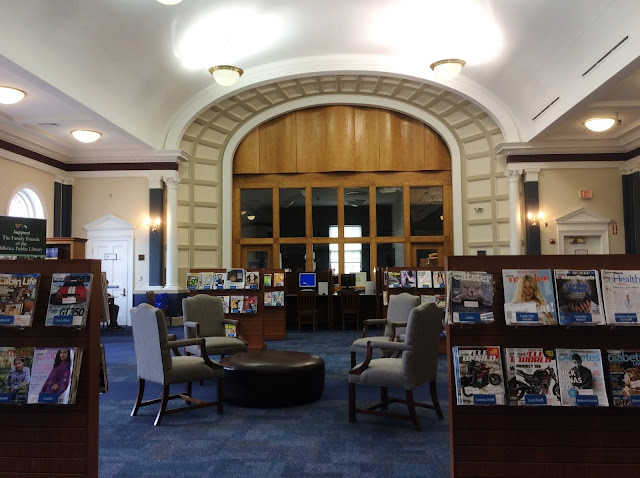 Reference Room. The door to the Local History room (back left side), is kept locked. You need to get assistance. 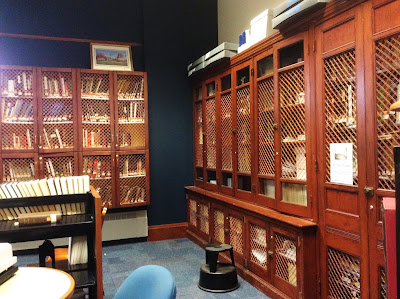 The room has everything a researcher needs. As luck would have it, I was shown the room by the part-time Local History Librarian! 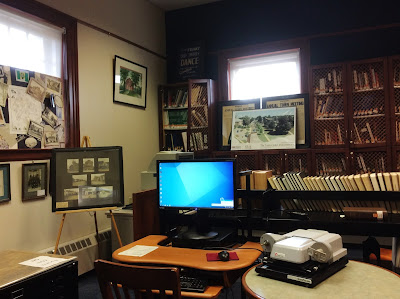 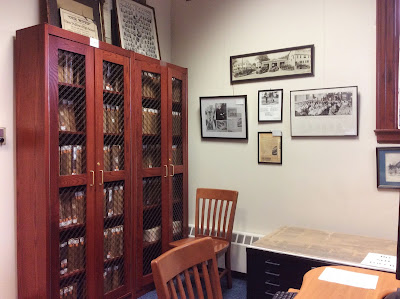 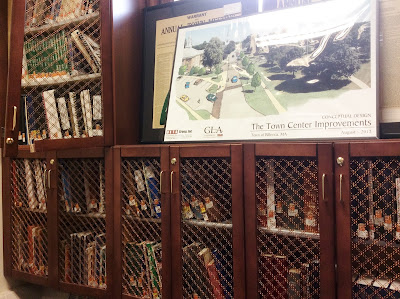 Unfortunately, I don't have ancestors from the town, but do have a 8th great-granduncle, Samuel Manning. Several months ago, I had difficulty in finding his burial site in the South Burying Ground, so I mentioned that to the librarian, Kathleen Meagher. She told me all the cemeteries had been documented and photos were taken of each stone! To show me, she went to the main index in the South Cemetery book, shown below, and found Samuel Manning listed, she then went to an additional list showing all the information they had. The page for Samuel's listing is shown above.

You can see a listing of all the burials for this Cemetery by clicking on their link, found on the Library's home page. You can request images of the cemetery stones you'd like and they will be sent via email. I didn't need to see Samuel's photo, since I had my own, and will post it in next week. 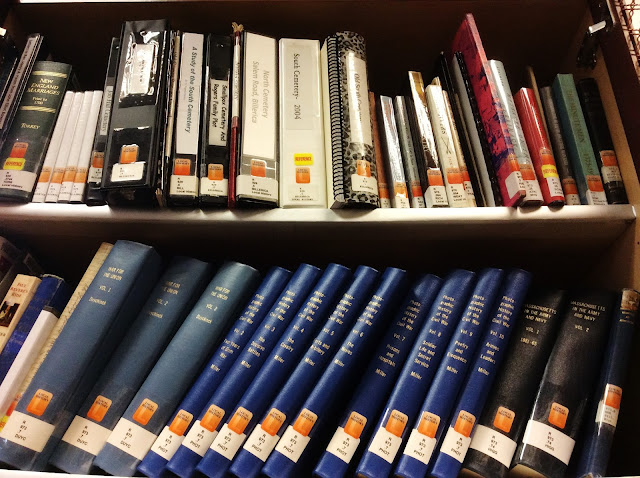 A wonderful collection of books pertaining to Billerica. 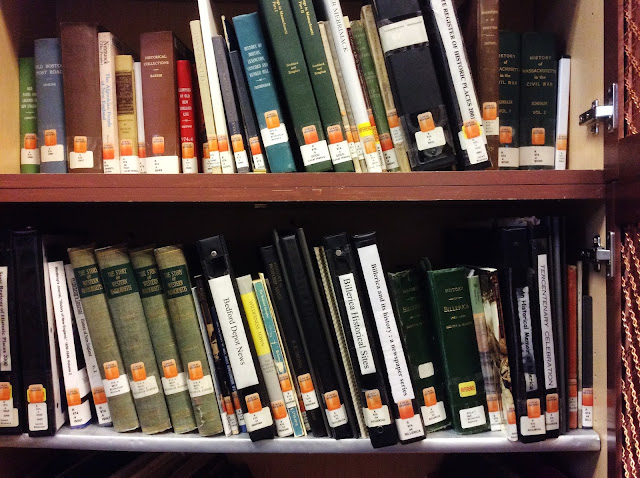 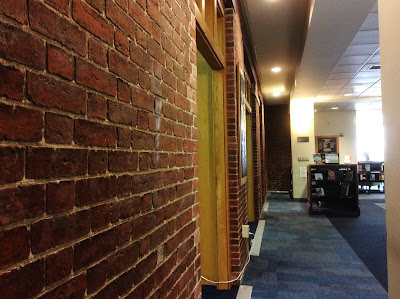 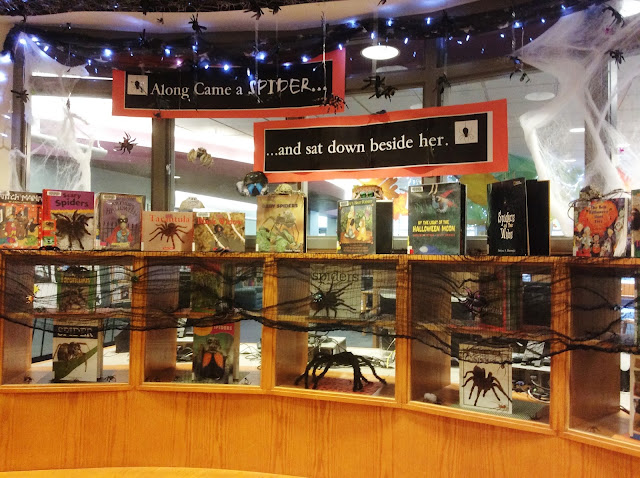 These two pictures were taken in the children's room, decorated perfectly for Halloween and Fall. 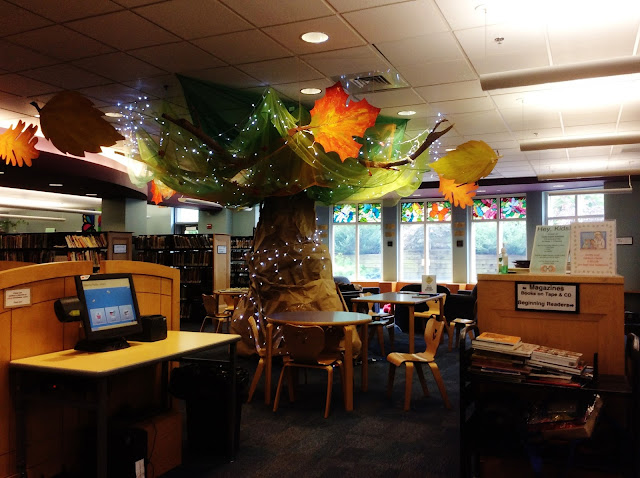 Side and front entrance. The majority of users go in the back way because that is where the parking lot is located.

As I was about to leave the Library, I discovered a war memorial across the street, and decided to take photos and include them in this post. 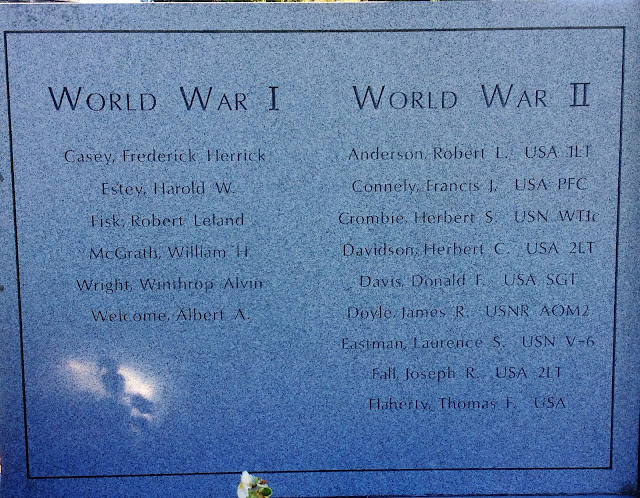 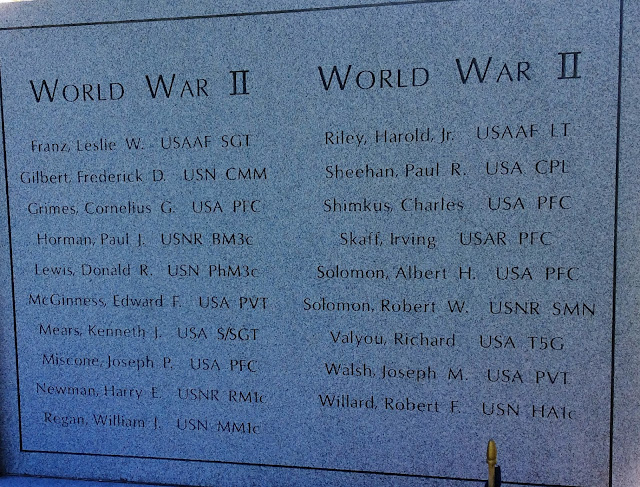 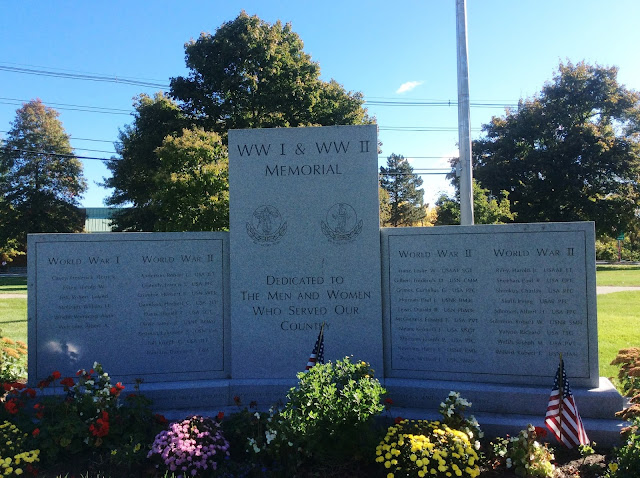 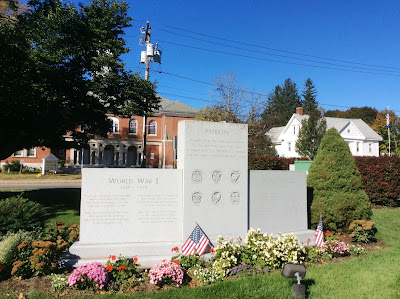 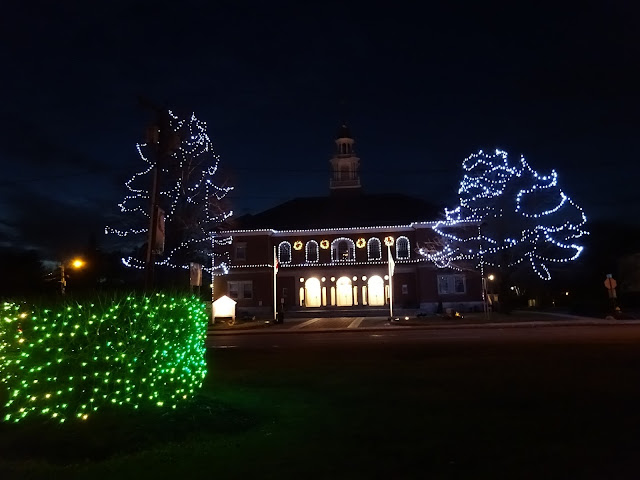 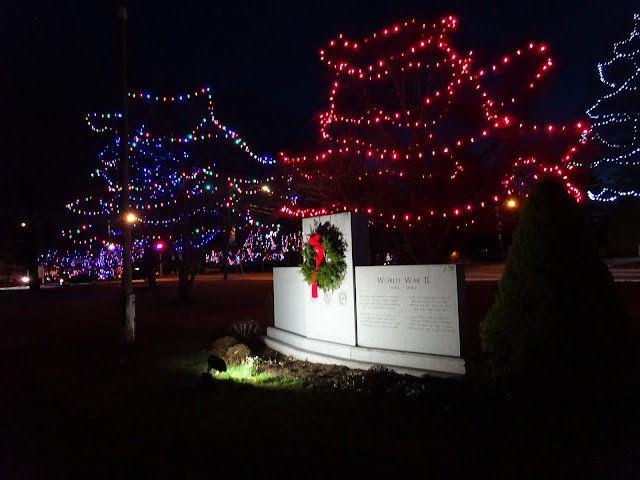