I WOULD LOVE TO BUY THESE BOOKS

Because of my proximity to many local libraries and the New England Historic Genealogical Society's Library (NEHGS) in Boston, I don't purchase many books. I do have a collection, but I wouldn't call it large. However, there are some I would really love to own, to read cover-to-cover, and would like to buy these displayed below. Anybody wanting to sell their gently used copies? 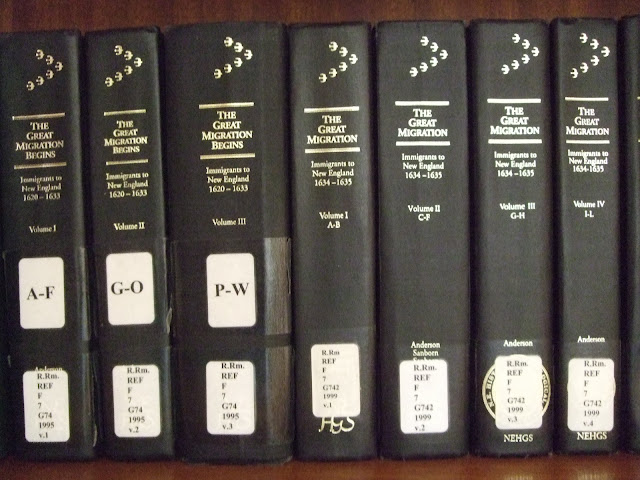 Many years ago, I met Robert Charles Anderson, the author of  the series of books, while he was working on  one of the early volumes in this series. I couldn't wait for them to be published because they cover the time frame 1620-1633, and I hoped some of my ancestors would be included. (Book title: Anderson, Robert C., The Great Migration Begins, Immigrants to New England 1620-1633, Vol. III, P-W, (Boston: NEHGS, 1995) 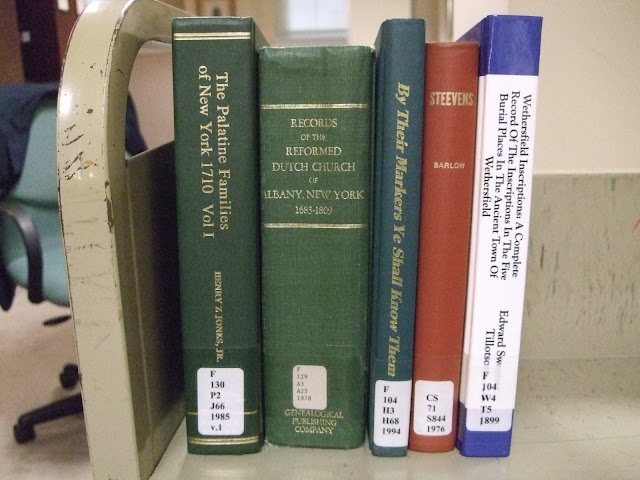 Three of these books are used almost every time I go to the library. Two pertaining to cemeteries in Connecticut are new to me as of this past week.
The last book, is a set of two, referred to Dawes-Gates Ancestral Lines compiled by Mary Walton Ferris in 1931. I absolutely love this book. One book covers many of my Massachusetts Ancestors, the other the Connecticut lines. This was the first book a genealogist told me to look at when I began.  If you have Ancestry.com, you can find it here and a listing of names from Vol. 1 is below. Maybe take a peek at my Balch line (in red) and see why I'm excited, and there are 43 sources. Vol. 2 isn't displayed like Vol. 1, so I typed the names, they are at the bottom.
Vol I. Antrobus 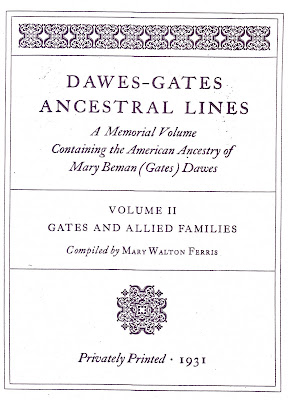 The books are huge, and there are over 900 pages in each book.