Canadian Resources I Use

If you are doing research in Canada, more specifically the Eastern Townships in Quebec, you might appreciate seeing my list of sites that I have frequently used. I figured after 19 years of doing research for my many lines in Missisquoi and Brome Counties in Quebec, it was time to put this together to help others. My surnames (including maiden names of wives) were: Pell, Currie / Curry, Jaquays, Johnson, Westover, Dumont, Knap, Alvord, Cross, Rosenberger, Bockus, Ten Eyck. My grandmother was born in Dunham , and 5-7 of my different lines were Loyalists from New York or Connecticut. Others were from England, Vermont and an unknown location. In 2000, I took a trip to visit where my grandmother grew up and where I once as a child spent a few days during a summer vacation at the family farm. During my September 2000 trip, I found 22 grave sites of my direct ancestors, spanning 4 generations. My ancestors were all English speaking and the research was relatively easy. 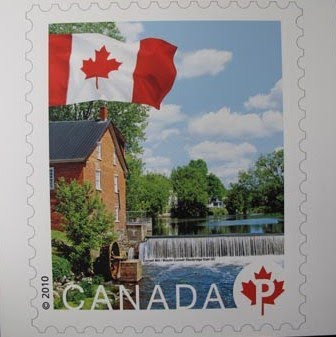 Missisquoi Archives and Historical Society, Stanbridge East is on a postage stamp.

The first three sites are useful for searching census records, all are free.

The next 5 links are my favorite sites for information.

http://www.rootsweb.ancestry.com/~qceastwn/ (This site is 19 years old, and I've used it many times.)

http://quebecroots.weebly.com/ (New site for Marlene Simmons) The first site I used in 1999 and ordered 40 abstracts from Marlene. She was great to work with, and I highly recommend her services.

http://www.rootsweb.ancestry.com/~qceastwn/archives.html  **A great site for the Eastern Townships. (The below census extracts are from this site.)
Census Extracts:


Some of these pages require that your browser accept Java script and permit pop up windows. If you find that the page does not seem to display properly, check your browser settings. Each census transcription is accessed from its index.


1830 Census for Foucault, Noyan, and Sabrevois, Quebec. This is NOT the the 1831 provincial census, but rather another, taken between Nov and Dec of 1830. Further description included within. Contributed by David J. Ellis, updated Feb 2009.


1852 Census for Missisquoi Co, Quebec and for Clarenceville, Rouville Co., Quebec. This indexed transcription has Stanbridge, St. Armand (East, West and Phillipsburg) Dunham, Sutton, and St. George de Clarenceville. Many may know this as the 1851 census. The title is being listed as the 1852 census, since it was actually taken during the early months of that year. Each transcription is fully indexed and also contains individual page links to the original images on Library and Archives Canada so that potential transcription errors can be easily checked. Contributed by David J. Ellis, updated Feb 2009.

Additional useful sites for the Eastern Townships and Canada.

Men of Today in the Eastern Townships

In addition to the above, I frequently use FamilySearch.org (link for Quebec, non-Catholic parish registers, 1763-1967) and the international edition of Ancestry.com (subscription).

UPDATE: JULY 7, 2015: Gail Dever posted a link to her blog, "Genealogy à la carte," telling us about "Drouin Institute’s free online database now holds more than 1.6 million Canadian obits. The Drouin Institute has added 246,000 recent obituaries to its bilingual website GenealogyQuebec for a total of 1,685,650 Canadian obituaries, from 1999 to 2015." UPDATE: Gail Dever posted, My 10 favourite genealogy collections and initiatives in 2015, please click on the link to view her post.

UPDATE: October 21, 2016: From Ancestry.com Blog, "10 Things to Know About Quebec Notarial Records"  and read Learn more about our new collection of Quebec, Canada, Notarial Records, 1626-1935 collection with these helpful research guides—English (US) version and French version.

Canadian families. Basically the are which in 1830 was 20% French and 80%
English by 1930 became 80 % French and 20% English. The book *A Village in
Transition: Compton Quebec 1880-1920, *
http://parkscanadahistory.com/series/saah/compton-transition.pdf, available
online, tells the story poignantly. In it there are five references to
Irish settlement of the area.

From: Northern New York American-Canadian Genealogical Society. A 1 page listing of their library holdings of  books in their CANADIAN INVENTORY AS OF MARCH 1, 2016.