When I took this photo on October 5, 2014, I had no idea what the renovation of a small room, next to an alley, was all about. We then walked around the front of this huge building and took more pictures. I decided to follow this building project for a future blog post like I did for three years covering Counting House Lofts, of Jackson Street.

I have an attachment to this building, The Appleton Building, built in 1879, because in the 1960's I used to deposit checks daily for the company I worked for in this building, then the Middlesex County National Bank. This was two blocks from where I worked, so I also had several doctors in here. Below are two after photos, taken in July 2016.


Photos taken at night, through the windows, different dates. 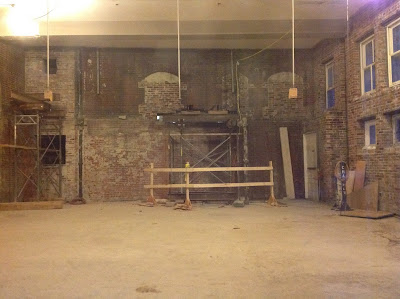 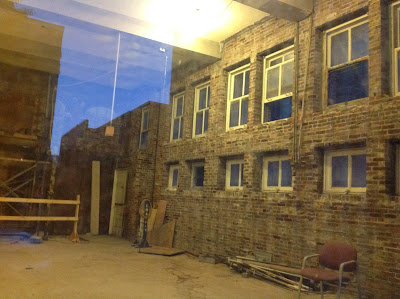 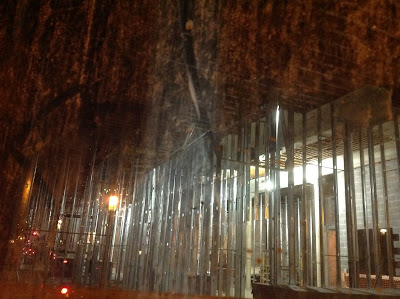 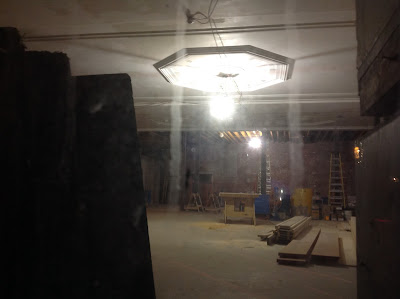 Work was done on the outside as well. 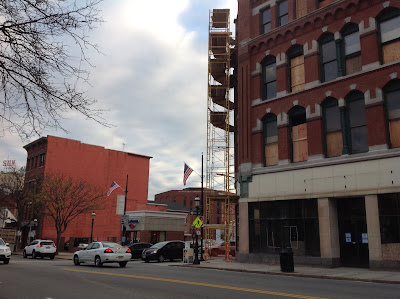 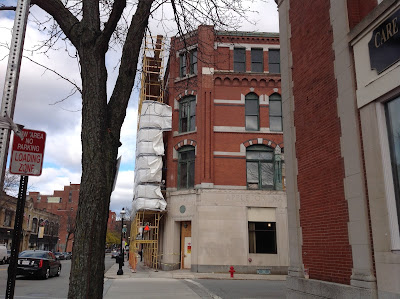 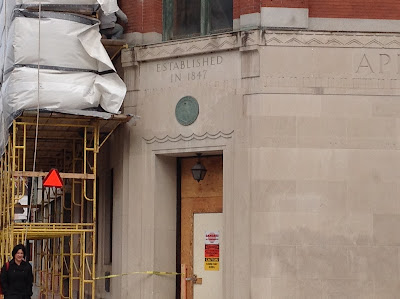 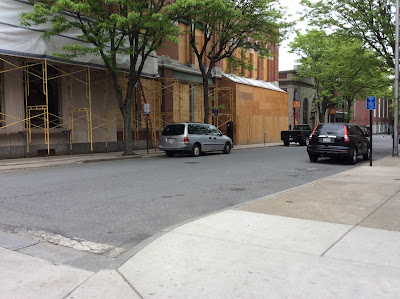 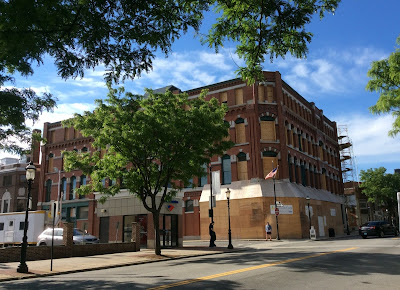 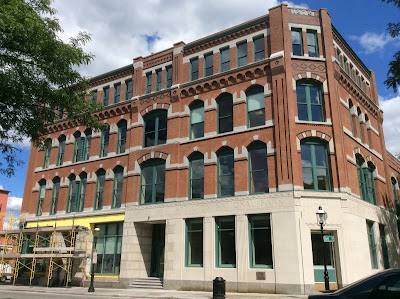 An article in The Sun (newspaper) of May 3, 2015, had an piece about this new renovation, "New Life for a long-faded gem." From this article, I learned, 1.5 million pounds of debris had to be removed, 200 windows were replaced, removal of the door to one of 3 vaults which weighed six tons and was 18 inches thick (part of the interior vault is the wall for a ladies room).

I believe the above article was written at that time because Lowell was going to have it's annual Doors-OPEN-Lowell (see 2016 schedule), for two days the following week. Many new buildings are often open to the public for them to see what was is new or a showcase an old favorite building. This building was open on a Saturday morning, however, when I went, I was informed that the project was taking longer than expected. We all understood, and were assured that the following year, they would show it to the public. We were, however, shown the main seating area on the first floor. The old corner front door and Central St. front windows are shown below. 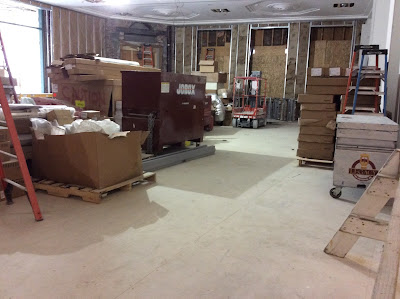 In May 2016, the Appleton Building was shown to mostly local interested residents during the open house. I felt lucky to learn that my tour guide was given by the architect. As usual, I asked quite a few questions that I knew he could answer. Before I show you the new building, I'll show what the building looked like when it was built.


Drawing of the Appleton Block obtained from Access Genealogy A Free Genealogy Resource. 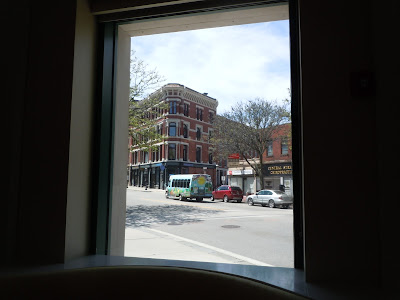 Main floor, looking out on Central Street (this used to be the corner door). 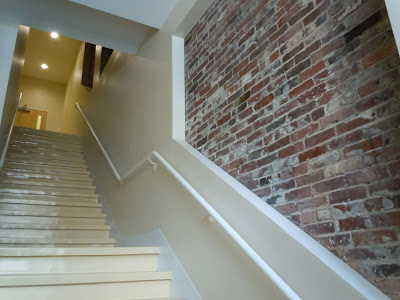 I loved how they incorporated original parts of the building, including the bricks and stairs. As shown from the sign below, they even kept part of one of the bank vaults, that is now used as part of a wall in a restroom. 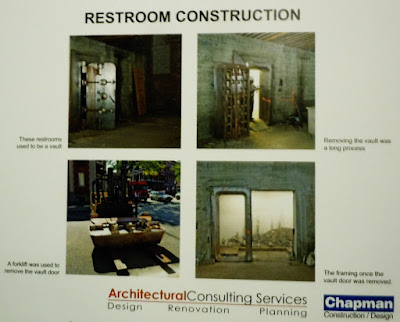 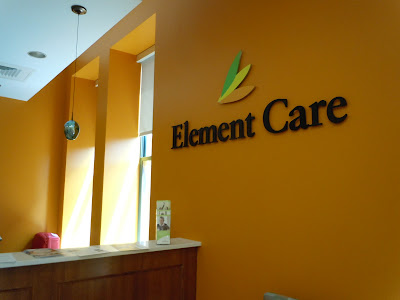 Element Care is the company that occupies the entire building.

We were shown 3-4 floors, and went via up one of the most modern of elevators, the fastest made. I especially liked taking city view photographs. 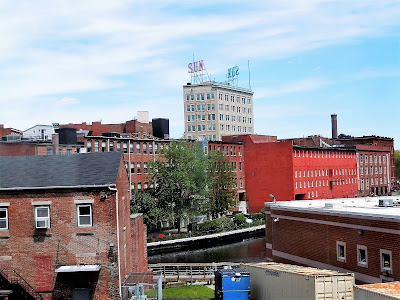 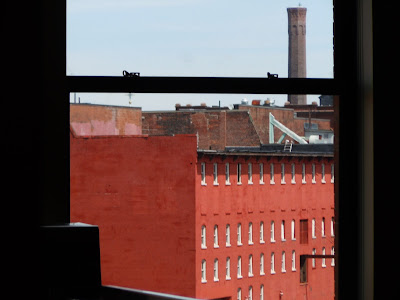 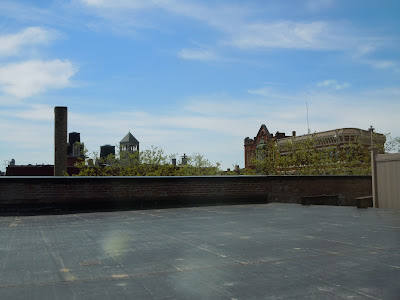 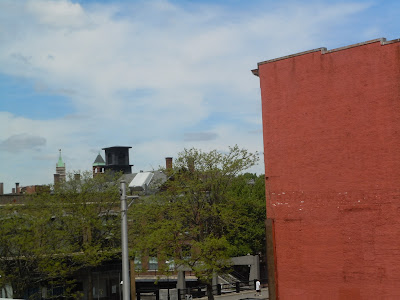