We Remember Peter Fuller and his Horses -- Obituary

Who was Peter Fuller?

"A son of a former Massachusetts governor, he was born to wealth, but paid it little heed. Hobbled by illness as a child, Mr. Fuller willed himself into excellent shape and became a wrestler in college (Harvard). Stepping into the boxing ring, he won the New England Amateur Athletic Union and Golden Gloves heavyweight divisions.

Before becoming president of his family’s thriving Cadillac dealership, which his family founded in the early 1900s, Mr. Fuller joined the Marines, only to be discharged because of his flat feet. In the early 1950s, he turned to horse racing and groomed winners at his Runnymede Farm in New Hampshire."
Quote taken from a Boston newspaper article about Peter Fuller. Unfortunately, the link is no longer available. 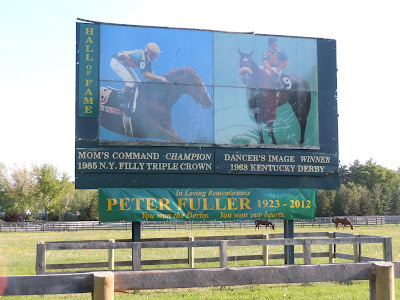 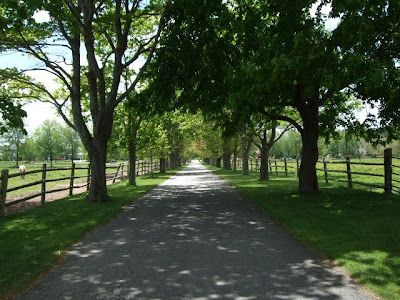 All photos taken at Runnymede Farm in North Hampton, N.H., where Peter Fuller kept his horses. 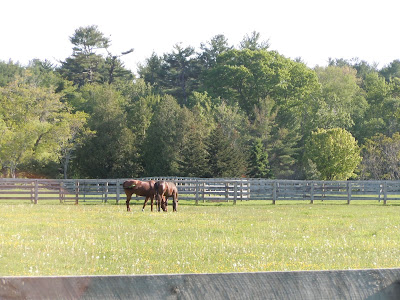 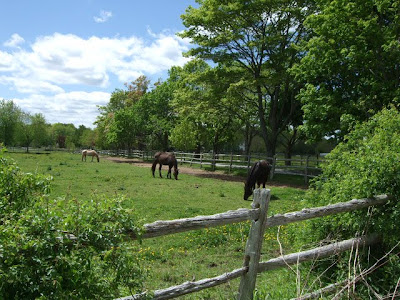 If you lived anywhere near Boston or the coast of New Hampshire, you heard of Peter Fuller in the 60s. He was bigger than life, especially when his horse Dancer's Image won the Kentucky Derby. There aren't a lot of horse owners in this area, this area isn't like Kentucky or Virginia, even so, his farm is a little over a mile from the Atlantic Ocean, in full view from the end of his road. When I heard of his death almost a month ago, I was reminded of my very early visits to the barn and nice memories of seeing his horses about 40 years ago. But, most of all Peter Fuller, whom most of us believed his horse did win the Derby, and in the end, he is now listed as a winner on the official Derby chart.

To learn more about Peter Fuller, and his very interesting life, many details are in the death announcement article from The New York Times for Peter Fuller.
From Wikipedia to read about the 1968 Kentucky Derby winner Peter Fuller's Dancer's Image

"Dancer's Image won the 1968 Kentucky Derby but was disqualified to last after traces of phenylbutazone were discovered in the mandatory post-race urinalysis. Second place finisher Forward Pass was declared the winner. The controversy filled the sporting news of every media outlet in North America and was the cover story for Sports Illustrated magazine who referred to it as the sports story of the year. Owner Peter Fuller and the horse's handlers believed someone else may have been motivated to give the colt another dose of the drug and filed an appeal of the disqualification.
The Kentucky State Racing Commission examined the matter and ordered distribution of the purse with first money to Forward Pass. However, owner Peter Fuller took legal action and in December of 1970 a Kentucky Court awarded first-place money to Dancer's Image.[5] That decision was overturned on appeal in April 1972, by Kentucky's highest court in Kentucky State Racing Comm'n v. Fuller, 481 S.W. 2d 298 (Ky. 1972).
As at 2008, the Churchill Downs media guide for the Derby includes the official chart showing Dancer's Image as the winner. Controversy and speculation still surround the incident even today and the New York Times calls the ruling the "most controversial decision in all of Triple Crown racing."
Labels: Location: New Hampshire, Obituary, Photos
Email ThisBlogThis!Share to TwitterShare to FacebookShare to Pinterest