Another Photo Always Helps When Looking For This Pratt

With a touch of spring in the air on March 13th, my husband and I went to Bell Rock Cemetery in Malden, Massachusetts to hunt for a cemetery stone. This was my 3rd visit and in the past, I had found the stones for Thomas Pratt and his wife, Mary, Thomas Newhall and his wife Rebeckah Greene. This time I was looking for John Pratt, the father of the above mentioned Thomas.

We were there at noon, and spent over an hour trying to find it, even with the FindAGrave (FAG) photo, shown below my photo. Once home, I realized I had taken it, but just didn't know it because the sun was right in my eyes. That is the reason, you don't see the left side.

So my moral, "Another Photo Always Helps When Looking For This Pratt" isn't always true, a photo doesn't always help, except if you are lucky, like me, once in a while. 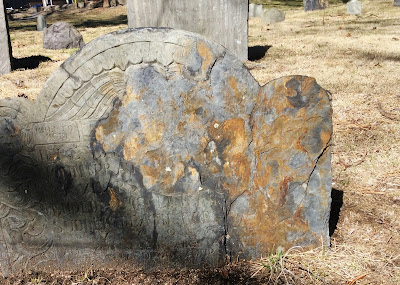 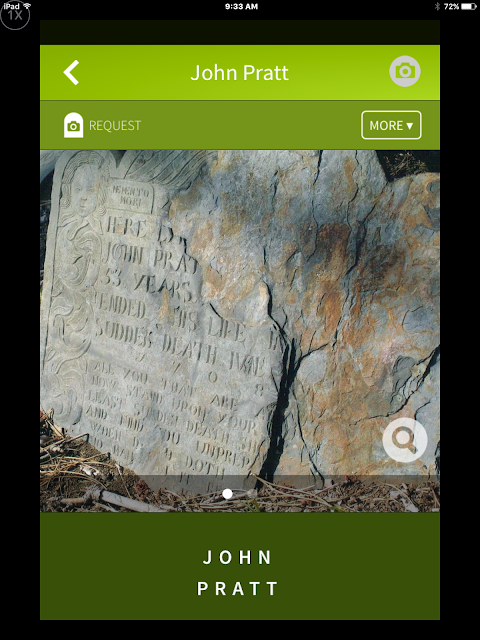 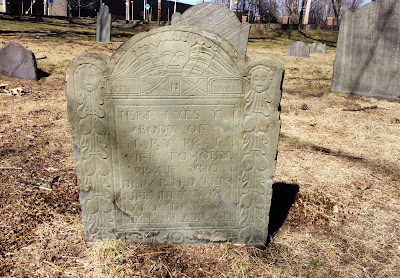 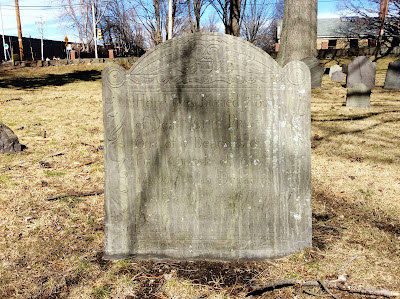 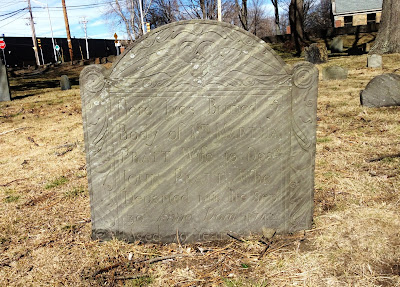 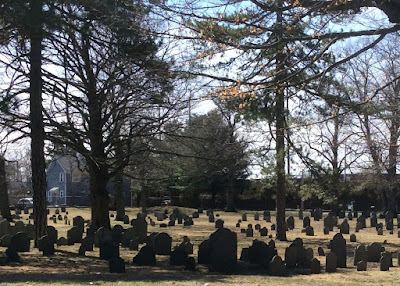 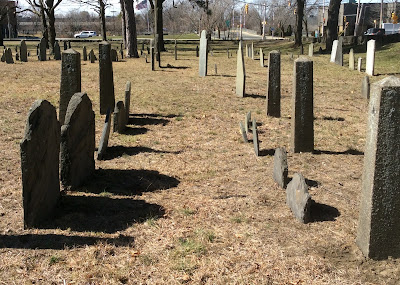 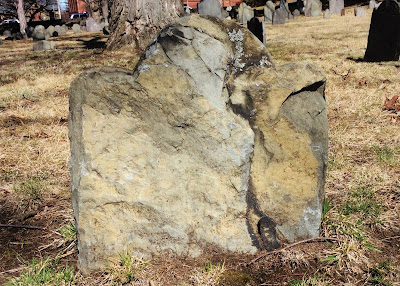 Couldn't read a thing, but I actually thought this was my John Pratt's stone. 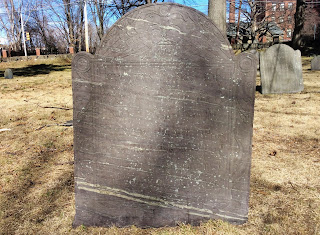 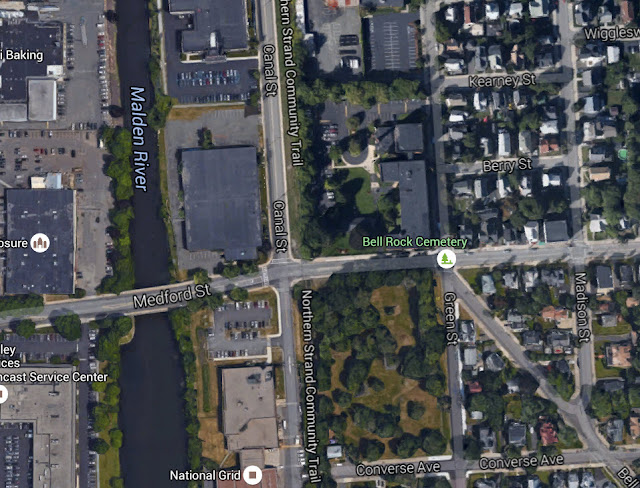 Google Earth map of the cemetery. With all those trees, it's best to go when there are no leaves to cast shadows, and don't go at noon like I did.

I contacted the Bell Rock Cemetery (781-397-7191) and asked if they had a detailed map, "unfortunately no." I then inquired about a listing of names. The clerk said she has it on her computer and they are in the process of getting it online in the near future. She thought if I called back in a month, maybe she would know more. Note: I called on Jan. 5, 2018 and no action has been taken, because funding is the problem.