John Adams -- I Don't Like My Brick Wall Ancestor 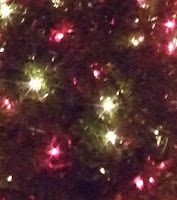 This past summer, I wondered why John Adams was buried in a cemetery in Elba, Genesee Co., New York, and his wife was buried with their son and daughter-in-law in Stafford, Genesee Co., New York. Since John is a "brick wall" ancestor, I tried to figure out why they weren't together.  Then my cousin sent me the three documents copied below. To save you time from reading them, it appears John had a lady friend, Roxana / Roxanna Dabgins, in his town, and a month before he died, had his will drawn up, leaving all to her and her heirs.


His wife of 40 years lived in another town, and their three children were still living. Fortunately, the lawyer knew about his marriage or somebody informed him, but regardless, a document was sent to the wife informing her and their children to appear the following month for probate of her deceased husband's will. I can just imagine the shock when she found out.


After many hours of research, I haven't been able to locate a Roxana / Roxanna Dabgins anywhere, so until I do, I'll just imagine her as a 30 year old widow with red hair and three young children. She knew her 70 year old man wouldn't last forever. So until I discover John's parent's names, and the brick wall comes down, he will be in the dog house, regardless of his reason for cutting his wife and children out of his estate.

Document #1, The will.
"In the Name of God Amen

I John Adams of the Town of in the being of sound mind and under the full exercise of my natural reason do make and ordain
This to be my last will and Testament.

First  I command my Soul to God who gave --

Second  I give devise and bequeath after paying my Funeral Charges and expenses of sickness all my personal property to Roxana Dabgins and to her Heir's families.

Fourth  I do hereby nominate and appoint Asa Sawtell and Roxanna Dabgins of the Town of Elba the sole Executor of this my last will and Testament in witness where after I have hereunto set to my hand and Seal this 31st day of August 1830.

To Ebenezer Mix Esquire Surrogate of the
The Petition of Asa Sawtell Herewith that John Adams late of the Town of in the of deceased died on or about the twenty fifth day of September instant in the Town of aforesaid, where he had resided several years that he left assets in said . That he made executed and left a certain instrument in writing purporting to be his last Will and Testament in which he named your petitioner and Roxana Doogin Executor, that Ebenezer D. Davis and Nathaniel Ford were the subscribing witnesses said Will. That he left a Widow___ and three children to wit, John Adams, Horace Adams and Mary Ann King residing in the Town of Stafford in the County of Genesee, the said children being all of full age, they being all the heirs at law of the said deceased known to your petitioner. Now Therefore your petitioner requests that such proceedings may be had as to prove said Will as a Will dividing Real Estate and bequeathing personal property according to the Laws of the State.
Asa Sawtell

THE PEOPLE of the State of New-York, by the Grace of God free and Independent: To all to whom these presents shall come or may concern, and especially to Hannah Adams Widow John Adams, Junr, Horace Adams and Mary Ann King wife of Leonard King next of kin of John Adams late of the Town of Elba in the County of Genesee deceased send Greeting.

You, and each of you are hereby cited and required, personally to be and appear before Ebenezer Mix, Esquire, Surrogate of our said county of Genesee at his office in Batavia on the Nineteenth day of October, next at Ten o'clock, in the forenoon of that day, then and there to oppose or support as you may see fit, the probate of a certain instrument in writing, purporting to be the last will and testament, of the said John Adams which has been left with our said Surrogate, by Asa Sawtell who claims to be an executor thereof, and which will be at the time and place, aforesaid offered for probate.
In Testimony whereof, we have caused the seal of office, of our said Surrogate, to be hereunto affixed.  Witness Ebenezer Mix Esquire, Surrogate of our said county, at this twenty ninth day of September, in the year of our Lord, one thousand eight hundred and thirty.

Hannah Adams, Widow, John Adams, Junr, Horace Adams and Mary Ann King wife of Leonard King heirs at Law of John Adams late of the Town of in the deceased.

You are hereby notified that it is the intention of the Subscribers, an Executor named in the last Will and Testament of John Adams deceased to apply to Ebenezer Mix Esquire Surrogate of the County of Genesee at his office in Batavia in said County of Genesee in the nineteenth day of October, meet at ten o'clock in the forenoon to have the said Will proved at that time and place.