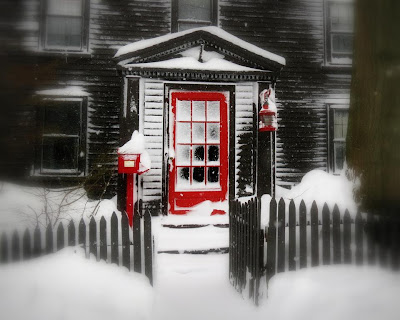 At first glance, I thought these two images were drawings, then discovered they were photographs of the Stephen Daniels house in Salem, Massachusetts. Immediately, I wrote the photographer to see if I could copy it to this blog, and Tom Stirling gave me permission. It was taken during one of our areas largest snowstorms. I don't remember ever putting somebody else's photos on my site, but I'm so happy to put Tom's here. 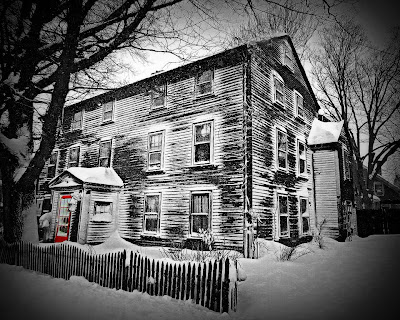 I have seen pictures of it, but have never gone, but will this spring, especially since it isn't far from where I live. I've got 6 generations of Stephen Daniels in my tree, so I'm not sure exactly which one lived here. Some investigating needs to be done. The house is a bed and breakfast, so I could stay there too.

Other blogs of mine pertaining to Stephen Daniels.